Day Out In Delhi 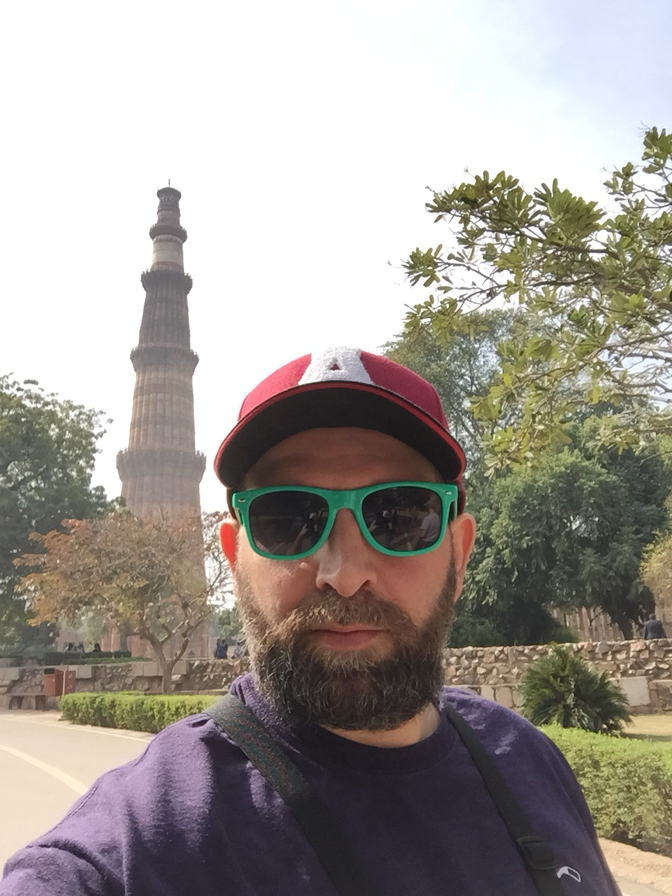 Falling behind on my posts :( wrote one earlier that vanished so let’s try this again before I go to bed . This is now two days ago and the wifi here in Ladakh is next to non existent . Regardless a couple days ago we were still in Delhi which I still think is one crazy city . Let me tell you my experience on my day out there being a tourist . It all started at 9 am or at least it was supposed to but good news was that it was worth waiting until 11 to get things going because my team mates got their luggage which is great because I think we all know that when airlines like Finnair lose your luggage it’s a nightmare . Good thing they take full responsibility for their mistakes .... oh wait no they don’t .... not yet at least . Travellers should have more rights when it comes to losing out on anything planned and paid for when someone else is at fault ! Shouldn’t they ? Ok Finnair has got enough publicity from me the last few days and I am not looking forward to flying back with them in a few weeks . 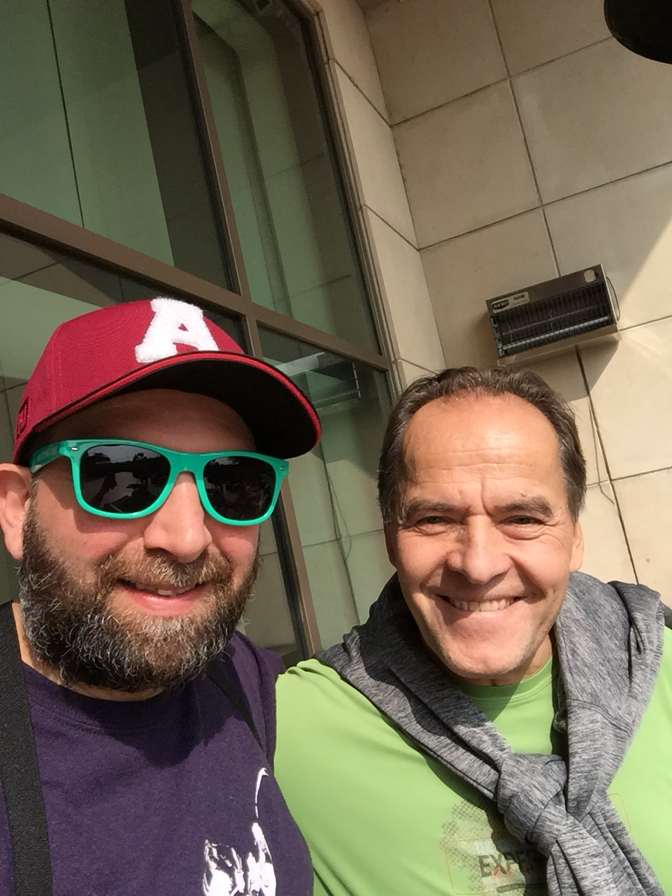 When and if you ever travel with a team to play overseas usually the team has some cliquey members that want to go off and do their own thing which I fully respect but in the same hand I think it sucks because I like to meet people and make new friends . Thanks to Timo we had a bus organized for our day out which kept all of us together and that for me was the beginning of a fantastic day ;) our bus showed up and we left Aerocity which is a gated off area near the airport in Delhi .... what we were about to experience was nothing at all what we did in Aerocity !!!!! Not even remotely close . As soon as we turned the corner poverty was everywhere and when I say everywhere I mean wow . Our bus driver couldn’t speak a lick of English so I don’t know how or why he is driving tourists around ? Does this make any sense ..... well this is India 🇮🇳 where nothing you or I would expect makes any sense ! 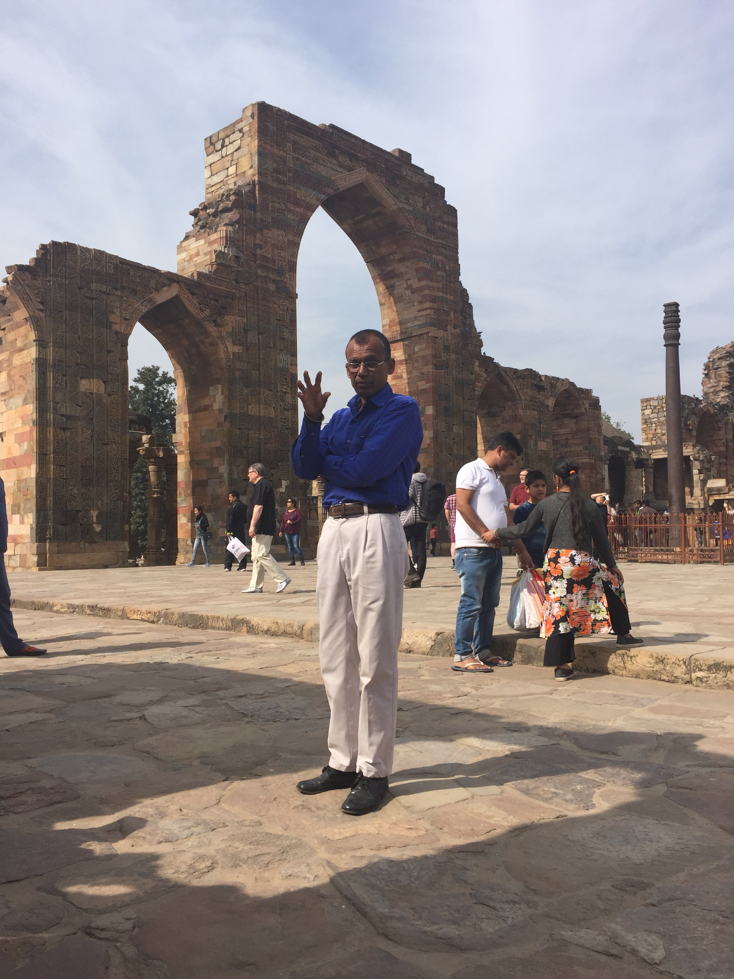 The bus stopped us off in a car park and we all jumped out and crossed the ever so dangerous road and got to the entrance gate to go visit Qutub Minar and when we got there we found out we needed to go back across the road to get tokens to enter . A few of us crossed that same road to get the tokens and thankfully we went to the right booth because the next couple foreigners went to the local lineup where an armed soldier basically waved his gun at them and yelled at them to go to the other line :o last thing I want is a gun pointed at me ! Got tokens went in and I was wearing my GoPro with my chesty on and I was asked to pay an extra 25 rupees to record video ... I said I would not record and then I rememebered about the gun toting soldier and just decided to pay :) happily ! Went to the bathroom and when I came out there was a tour guide waiting with the rest of the group . He’s the guy seen in the pic above ... he was very knowledgeable but spoke a bit too much and we were more intrigued by the locals all wanting to get pictures taken with us . Apparently it’s a thing to get pictures with white people here . It was beautiful there and the guide did tell us some things we will remember but for the most part I had no clue what he was talking about . 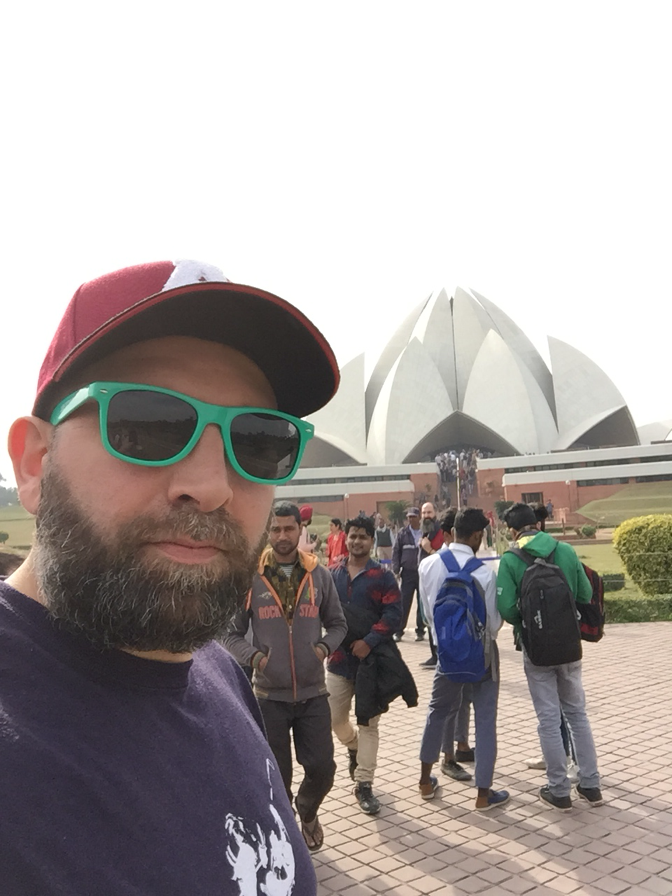 We all headed back to the bus and when we got to it there was another fellow there telling us that he is friends with the bus driver and he was called to help show us around and he would do this for free ? Bollocks ! We let him on but I knew we were being played . Next stop was this beautiful prayer palace which I don’t know the name of for the life of me . When we got there I said a prayer for my friend Chris Brzezicki who I am always and forever missing :( see you on the other side buddy ! We all had to take our shoes off and be quiet and no photos .... some of my team mates aren’t good with rules but that’s not really my concern :p when we got back to the bus our “guide” told Timo he will take us to go ride on some rickshaws ? We wanted to go on tuk tuks , well I did especially since rickshaws are everywhere on this planet but tuk tuks are not or at least nowhere near where I’m from . He told Timo that in the spice market you can’t drive a tuk tuk which was bullshit since they were all over those same roads and he also told us that the rickshaw would be 300 rupees per rickshaw , I will get back to that in a moment .... first stop on the rickshaws was at another temple but this was in the middle of the worst poverty I have probably ever experienced and we were swarmed by children with makeup on trying to sell us everything under the sun , begging and who knows what else . We were all freaked out with our hands clutching our wallets tightly as we walked up the steps to the temple . People should never have to live like this , I don’t care where they live or are from :( it was sad 😞 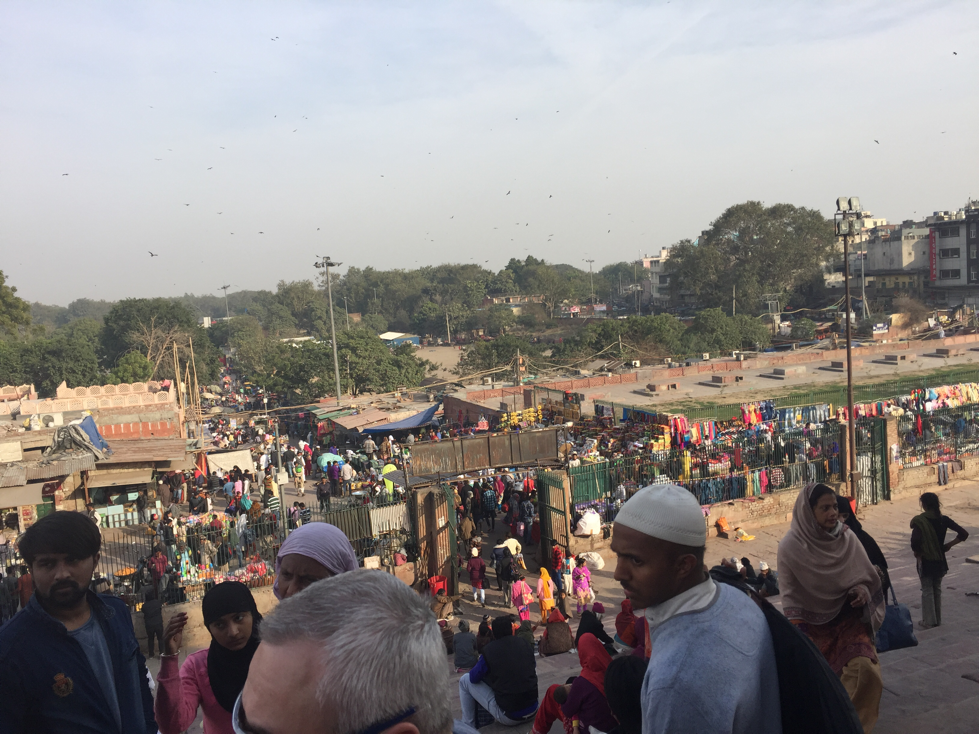 The “guide” asked if we wanted to go inside and we unanimously said no in a split second and we left within a heartbeat . It was sad there and it will be in my head for the rest of my life . When we left we jumped back on our rickshaws , I shared one with my room mate Nick Onslow and we had a good time riding it so please don’t get me wrong but it wasn’t the mode of transportation I wanted to roam around Delhi in . The streets are beyond chaos , calling it chaos is such an understatement ! People are absolutely everywhere and vehicles seem to have no restrictions with no lanes or street lights or stop signs or crosswalks .... I was joking when I told Nick that people cross the roads blindly here because they are probably hoping to die .... honestly it’s mental . Next stop was a mosque which only a third of us could get into because the rest of us were in shorts , so lucky us we got to wait at the entrance amongst all this absolute insanity all freaked out with our hands in our pockets standing out like sore thumbs and basically targets for who knows what ... why ? Why ? Why ? Next thing our “guide “ did was take us for a walk and everyone was not feeling it so we high tailed it back to our rickshaws and went back to the bus . Our driver scared the lights out of us when he went into the fast lane in front of a bus ! It was honking and Nick looked at me and said you do know our lives are in his hands ? Yes I do and it made me damn near crap my pants . Got back to the bus in one piece and went to pay the rickshaw driver and he wanted 500 rupees so we gave it to him then he wanted it from each of us . We were feeling generous so we gave him 2000 rupees together and you gotta know our “guide” was probably getting a cut since he knew the drivers ? Does this make sense to you ? I mean why else would he be doing this for “free” when we all know nobody does anything for free .... ever ! Our last request was to go to the Hard Rock Cafe to have dinner and our “guide” had to go home so we tipped him 100 rupees each . Wasn’t a fan of this since I had my suspicions and we never got what we asked for and in fact we never asked for this “guide” smells funny doesn’t it . At the Hard Rock I had a water buffalo burger which was delish . Then we headed back to the hotel where some of my team mates tipped the driver and I didn’t since I felt kinda like he didn’t do much aside from not speaking English and bringing his friend probably got him in on a cut of the scam . I know I’m a cheap bastard but sometimes I have to put my foot down and this was the time . Sick of tipping people for doing what they are paid to do , it’s getting out of hand these days and personally I never get any tips in my line of business so why should everyone else . 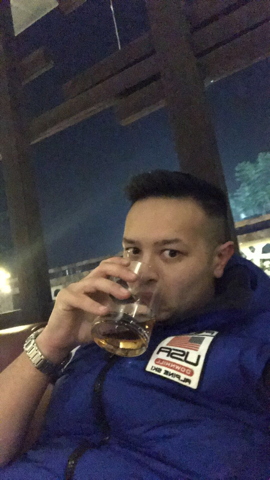 Posted by The Travelling Goalie at 12:19 PM