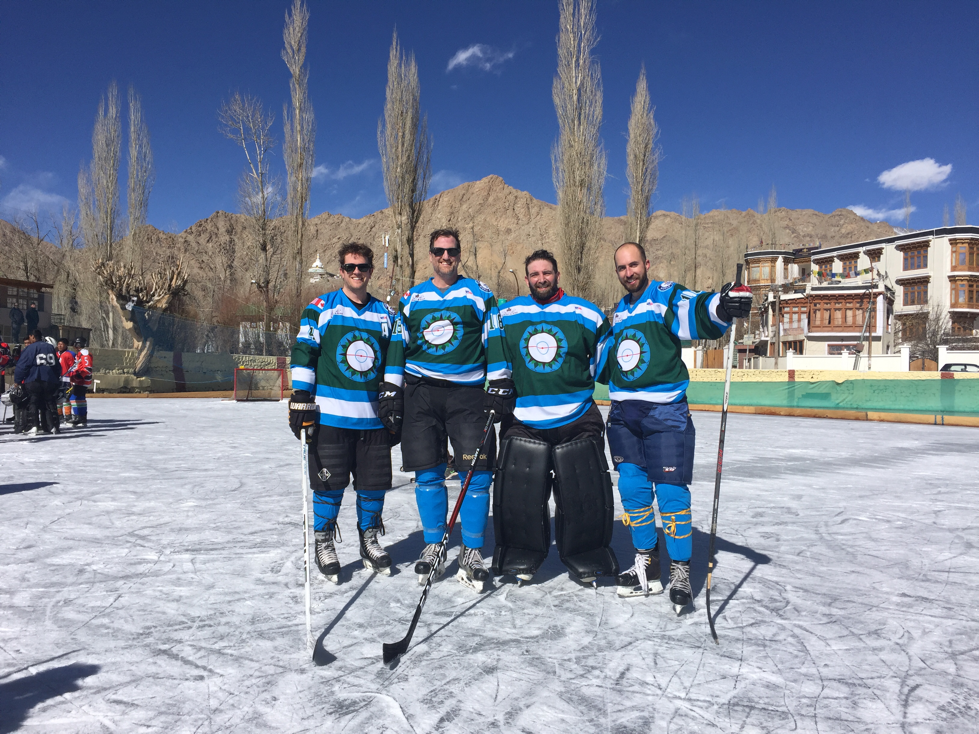 Another day and another hockey team :) still feeling the same about the way I am being treated as we had to hand in our passports to get special permission to go to the highest road in the world . Unfortunately the game I will be playing in will be after the Rainman Allstars game and I am stuck paying 1800 rupees which is about $35 and there is a chance I might not make it . Had some discussion with Rainer and I was not going to leave him with the bill but it seems that there is less consideration for the goalie who has to play for other teams .... I think there may be some people upset that I wrote what I wrote yesterday but they are playing for the team they came with so truly they have no clue how I feel and should probably show some consideration . Regardless I’m not looking for sympathy and I just wanna play hockey . Time to move on now that I got that off my chest and honestly if you don’t like it then don’t read my blog ok 👌 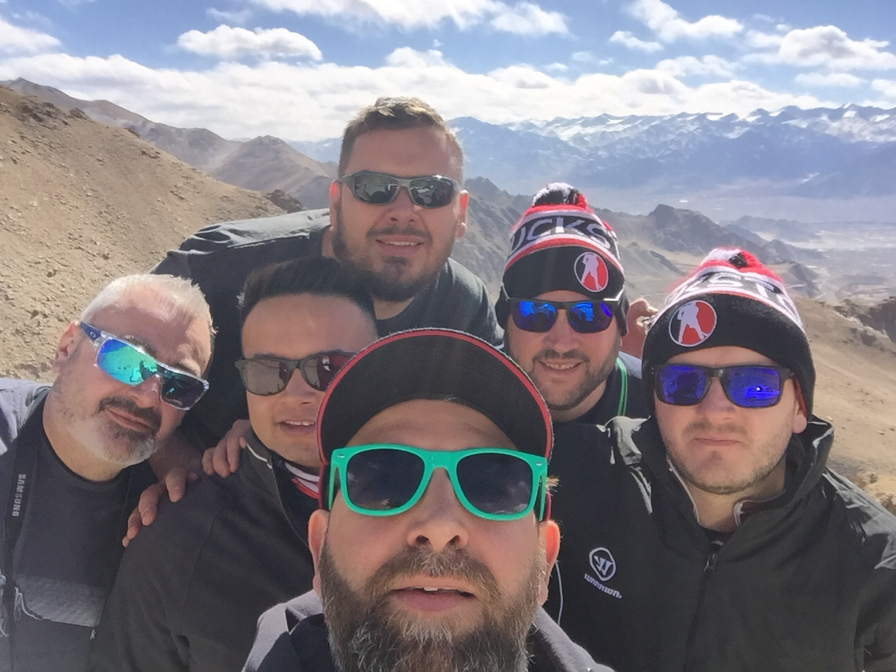 I had discussion with the hotel management to reverse charges for the trip and they were going to but I’m still gonna take a stab at making this tour . Today I am playing for my new team The Hockey Foundation , they even made me a jersey as I did talk to Adam well in advance about my situation and they accepted me with open arms ... thank you ! I always have a backup plan and I could see this happening from miles away and I’m really happy I made alternate plans ahead of time . Today we play against a local team from India :) yeah pretty cool 😎 ! When I got to the lobby I saw old team mate Tim Dyer who I played with in Hawaii and it was fun catching up and I was happy to see that he was playing with us .  When we were about to hop on the bus the word went out that the game ahead of us had been delayed ... uh oh ! This means the threat of me not catching this tour and still paying for it might be a reality . When we got to the rink I watched the Rainman Allstars best a team from Slovakia 5-4 with the last play of the game being the winning goal . I am happy they won , but now it’s my turn to step on the ice with my new team mates . Now remember we are not from here and the altitude will play a factor since the team we are playing are locals . 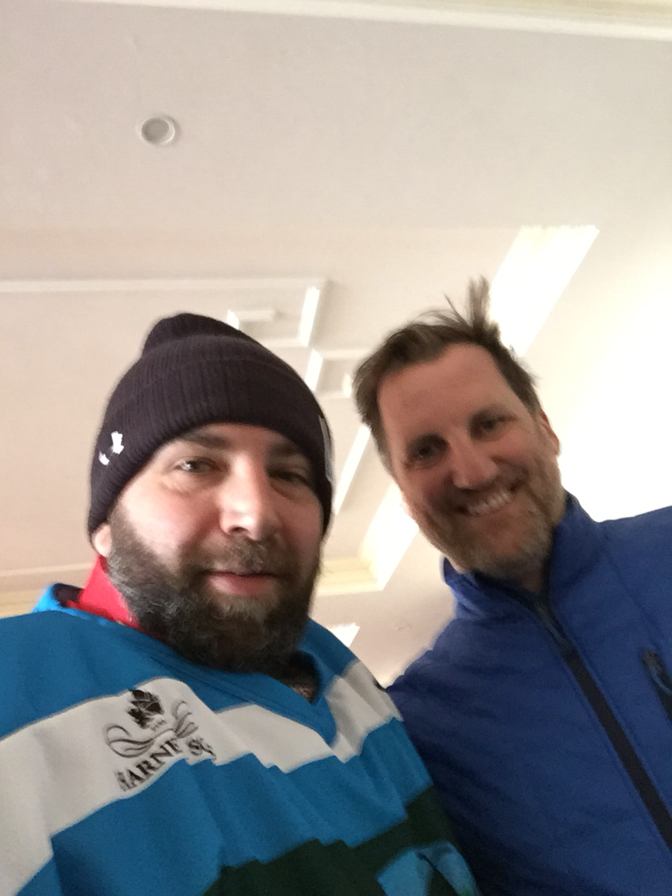 Wish I had more pics from yesterday game ! Anyways the puck drops and the Indian team comes out flying and you can tell they wanted to win . We scored the first goal and then Tim scored the second goal .... on me LOL ! Yeah shit happens and it was bad luck , let’s move on shall we . End of the first 1-1 ... now these are two period games and we were getting full on attacked by the local club , I made some stellar saves and held us in while my team mates caught their breath. . Local team went up 2-1 on a nice tip that went off the post and in . Then they scored a third with a shot that I saw more snow then puck  .... the snow job was refreshing but the goal didn’t make me feel great :( and now we are down 3-1 with about 5 minutes left .... penalties here amount to penalty shots and we got our second one of the game ... first one was a save in the first and the second one was a goal which for the life of me I have no clue how it went in . Even our shooter told me he thought the goalie saved it . Their goalie played stellar !! Somehow my team mates found the energy to muster up an attack and we tied it up 3-3 with about 3 minutes left .... yeah those two goals came quick ! Gassed out we sat back and defended for the remainder and then we had a small break and hit their post .... it was a close game and a great match . Gotta hand it to the locals , they can hold their own   ! We will play this same team in the World Record attempt in the coming days . 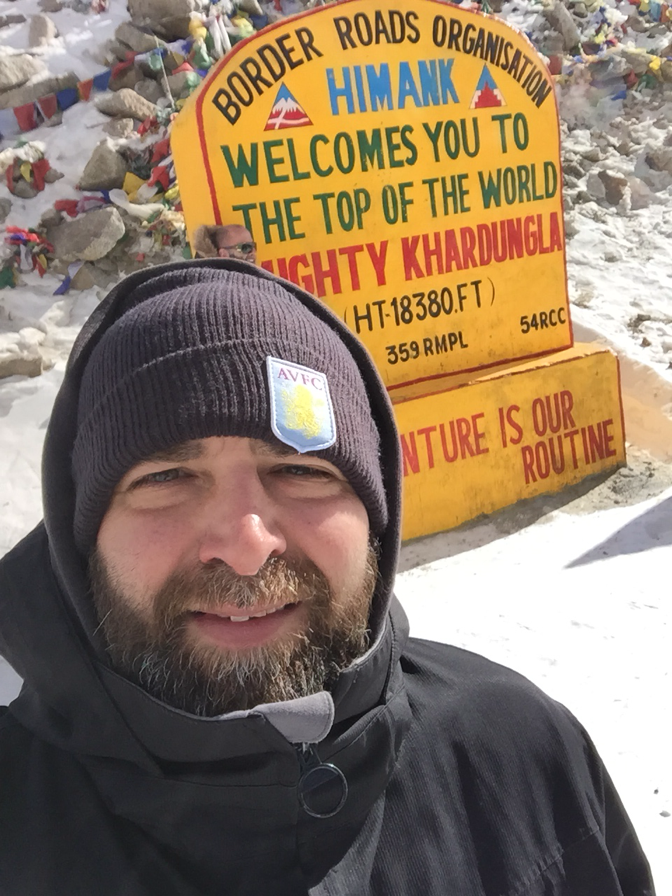 I thought for sure I was gonna miss this tour but when i started getting my gear off I noticed I had time if I rushed things so i asked Tony immediately if I can get a cab ? He got the troops to get going and we were on the bus and at the hotel in no time .... I’m gonna make the tour :) all the stress earlier was for nothing . Jumped in the shower got dressed and made it to the parking lot to meet the Rainman Allstars . Our taxis showed up and I went to get in the first one to sit with my room mate and then realized the English lads wouldn’t be all together so I jumped out to let them fit 5 in that vehicle then I was gonna jump in with Rainer but then felt shunned once again when one of the guys called others to get in that taxi so I ended up with the left overs who I didn’t mind sitting with but I’m sure you get the point .... feeling left out once again . People aren’t being straight up mean to me but I am still getting that feeling that no one wants me around , not feeling part of this team at all . The tour was nice and when we got to the top which is 5800 metres we felt the wind and the cold and the sand blowing in our faces . We huddled in the closed cafe entrance to feel some warmth then we got a group shot and jumped back in our taxis to ascend back to our hotel . Nick and Hogey wanted to walk around in town so they told me to tell my driver to stop me there . In town I bought some gloves and a balaklava ( might be spelled wrong)    The locals are so friendly and bargaining is easy here :) and everything is quite cheap ! 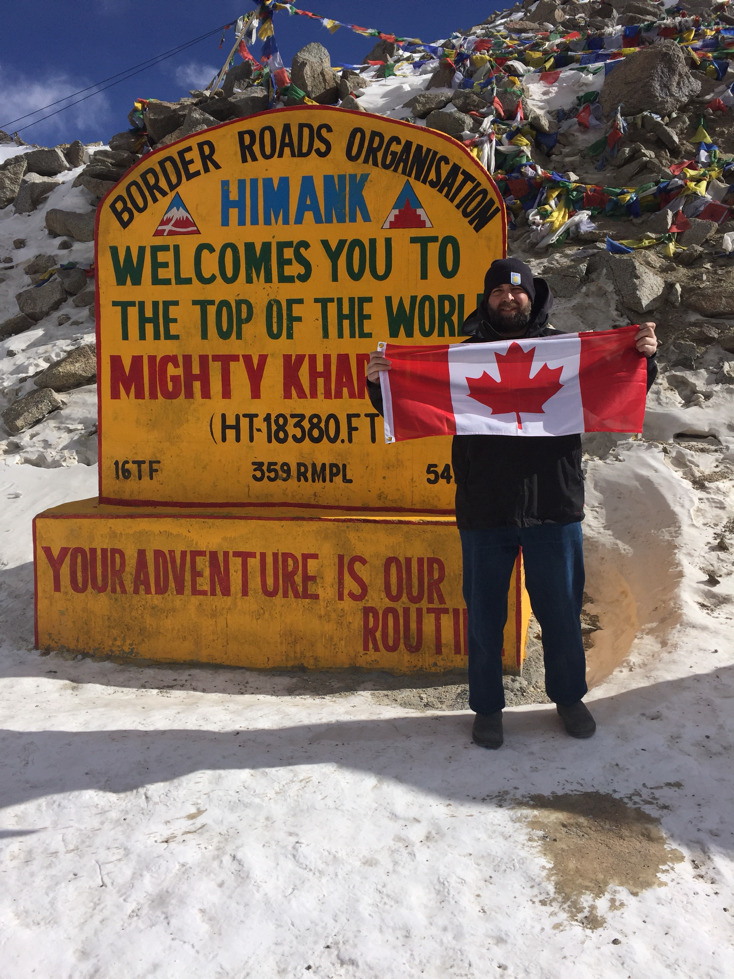 When we got down to the hotel we had to meet up for another meeting but I was feeling exhausted and not very welcomed . I did go by and when I got there I honestly didn’t know who to sit with and opted to go have dinner and go to sleep early . It is a well needed rest . Today we had further up in the mountains to where the rink is being built to set the new world record which should be at 4200 metres . I’m sure the air will be thinner and the heart will be pumping harder .... I hope all the on ice wind sprints I did to prepare for this will get me through this and I really hope that if I have to stay with the Rainman Allstars that I will be treated a bit better . Now listen I’m not saying they are being outright dicks to me but the idea of me not playing for a team and hanging out with them leaves me with nothing to offer .... as I said yesterday only those who play goal will understand me and I’m sure I will have some discussion with some of them today over the fact that I wrote about it yesterday . My true friends will understand .
Posted by The Travelling Goalie at 8:45 PM