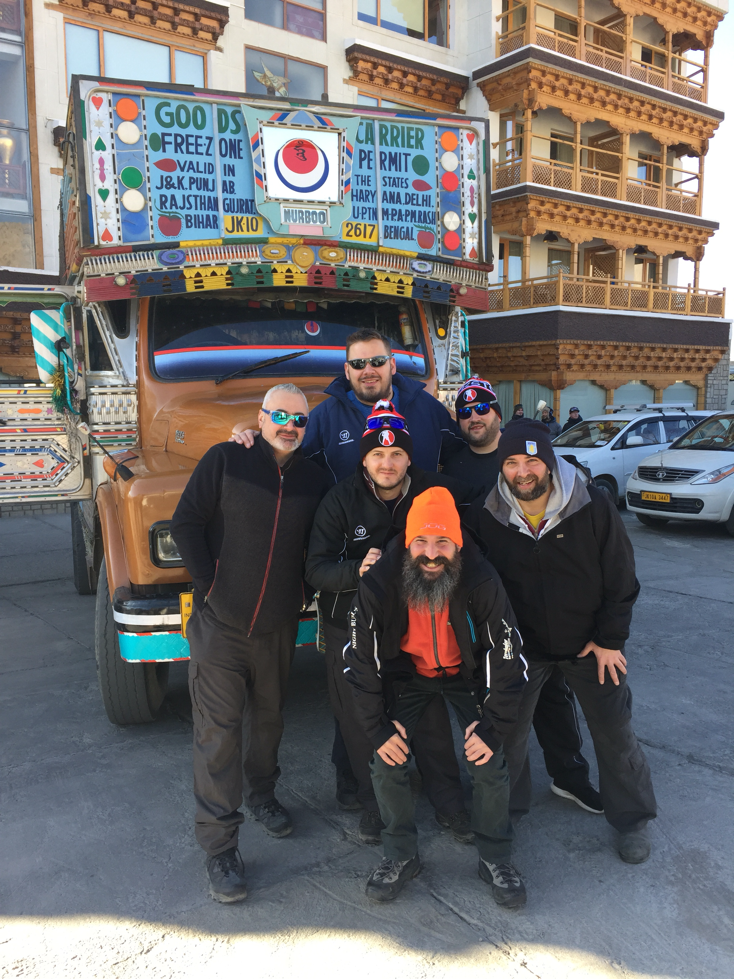 Before I carry on about my adventure let me get this straight .... the post I made a few days ago was not meant to attack Rainer or the third goalie who I never even mentioned by name . I was just trying to explain that it’s weird travelling with a team that I’m not playing with due to certain circumstances . Now let’s carry on :)

Everyone met in the lobby bright and early to make this dangerous trip to Tangtse which I hope I am spelling correctly . We loaded all our gear into the truck seen above and headed on our way . I was in a car with Daz,Onsey,Hogey and Tiny and we had a good laugh for the better part of the trip with no music on lol ! No swifty please and thank you 🙏. We barely hit the road when we caught up to a car that was stuck in some ice pretty badly so we stopped to help . We soon noticed the car was filled with hockey gear and we put it all together and figured this was a car with some local hockey players . Let’s just say it’s a good thing the truck with our gear pulled up around 15 minutes later because we weren’t getting this car out without a tow . The truck had some rope ...tied it up and we watched it get pulled out . I’m sure we all thought that rope was gonna snap but it didn’t and we continued on our merry way . 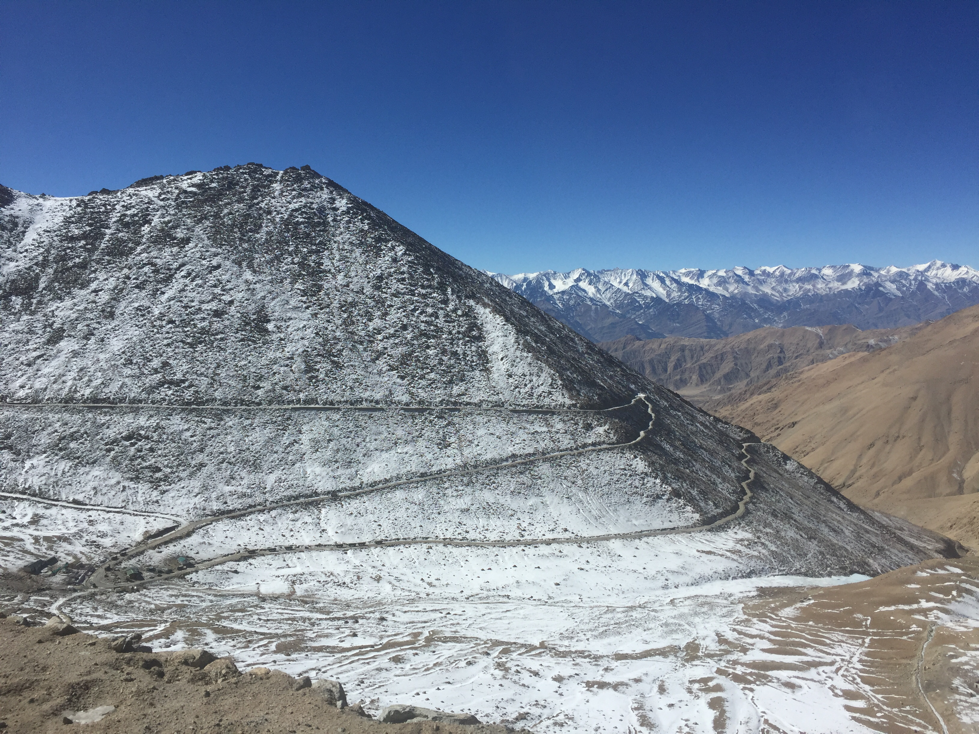 The roads are very narrow and the drivers here have little to no patience so instead of waiting for a truck to pass the driver honks and tries to squeeze through which made us all shit our pants a bit . It only gets worse when you hit the avalanche zone and you see 3 army vehicles on the bottom of the cliff ! Yeah those poor souls died 😕 from what I hear there were 6 in those vehicles and no one survived . I have never been on roads this scary in my life of travelling and I’m sure there are worse but hopefully I won’t get to experience the bad part of travelling these dangerous roads . The whole trip took around 4 hours and we were the last to arrive just before the equipment truck . 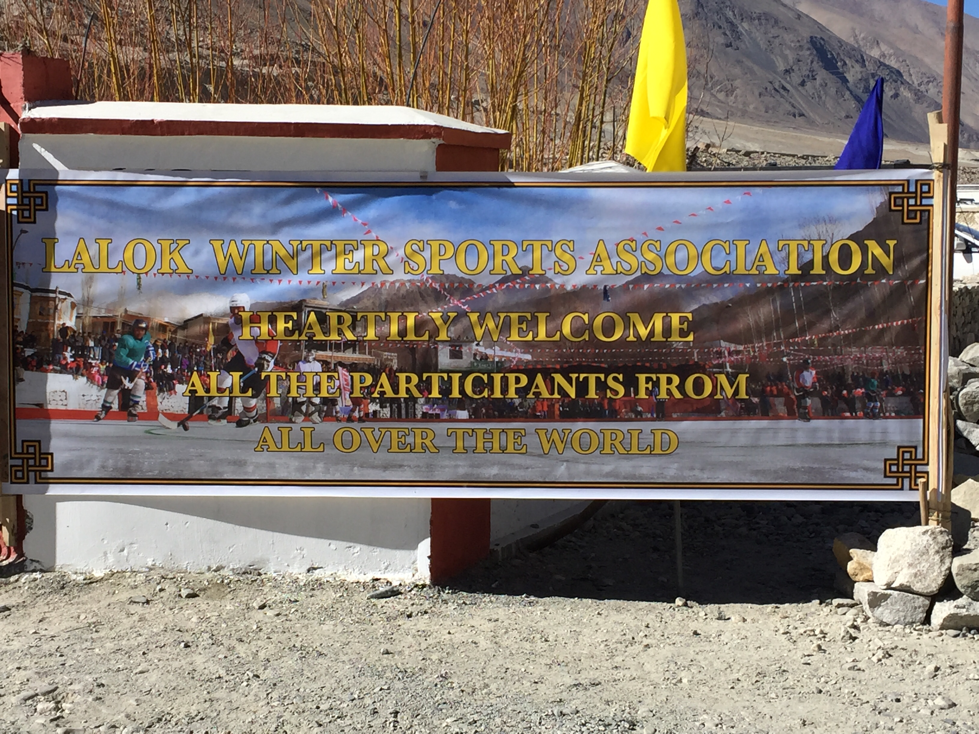 I think everyone was happy to make it alive but that’s not even the half of the adventure as the conditions are very rugged and heat or power is not a thing here . After we all got the run down of what was about to occur we all had our bags packed on top of our taxis and we headed to our home stay . The family we stayed with were really some of the nicest people you will ever meet and they were so happy to have us in their house . They definitely love hockey as much as anyone I’ve personally ever met .... made me smile when they made hockey comments like I love the winter because I can play hockey 🏒. If it weren’t for the kindness the stay would have been much rougher but don’t be fooled this was definitely the roughest I’ve ever dealt with and in no way was this a 5 star hotel . No running water , toilet was a hole in the ground , showering lol ! Who are we kidding ? 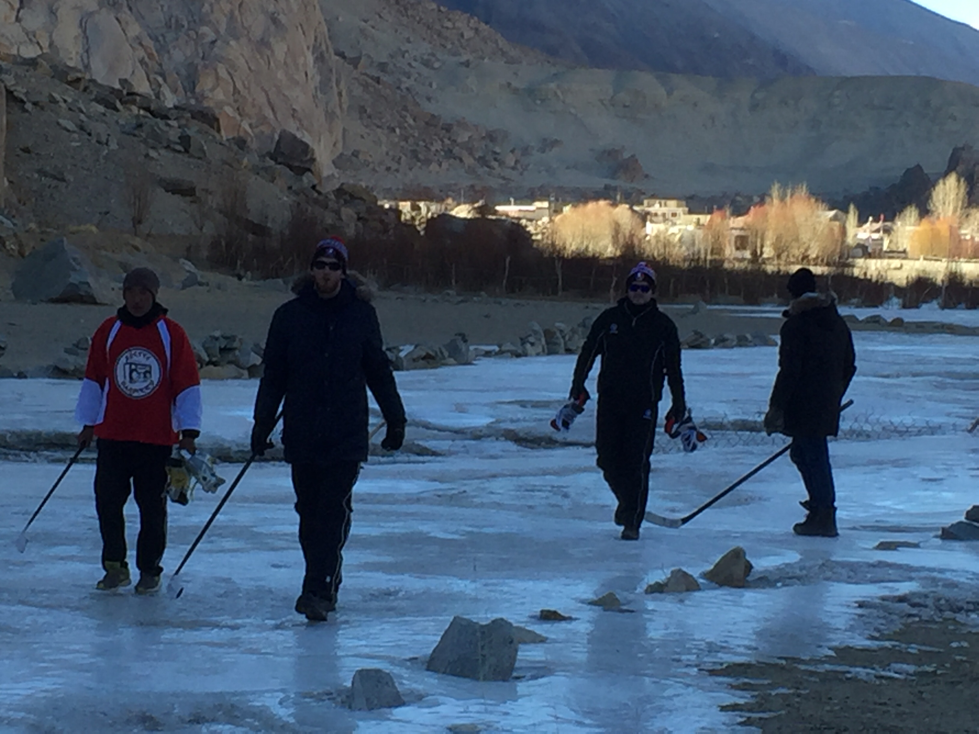 DK is on the national team here in India so he was very proud to show us his medal from the Challenge Cup of Asia and little bro is his brother who I gave my spare Ghetto Blasters jersey to . When we settled in we went for a little hike to find some ice to skate on but unfortunately it was melting a bit and only a couple guys tried it out . I didn’t jump on as I have to save my energy for the World Record attempt of highest game ever played . I was feeling a bit rough from the previous few days of running around without rest and the time zone changes . Rest is surely needed . After the skate we went to the main hotel to have some food which wasn’t my cuppa tea :( rice , noodles , bread which equals carbs carbs and more carbs ... one of the funny moments in the meeting earlier was when someone announced there will be some western food ... chow mein??? Had a laugh with Adam over that one , guess geography isn’t their strong suit here ... if it’s not your strong suit chow mein if Chinese which is east of here lol ! 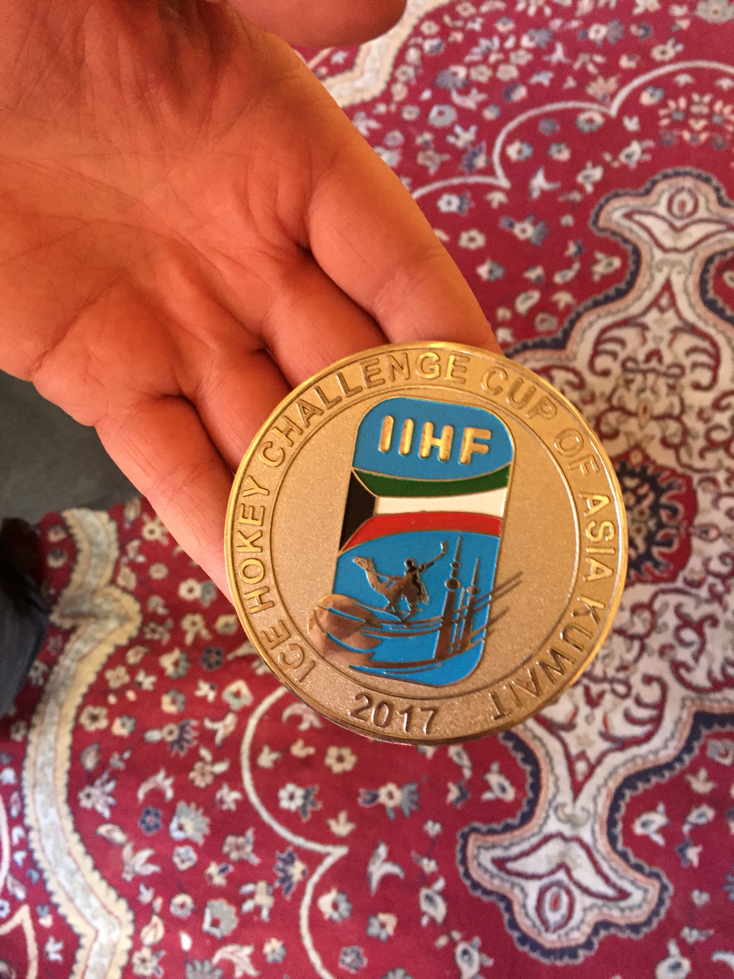 Shared a room with Onsey and Hogey and we had a few too many laughs that night :) power goes out at 11:30 pm and the head lamps went on and we stayed up for a bit . Let’s see how the night goes , hockey tomorrow has been cancelled as the rink is not yet ready and needs a few more finishing touches . Fingers crossed 🤞
Posted by The Travelling Goalie at 4:26 AM