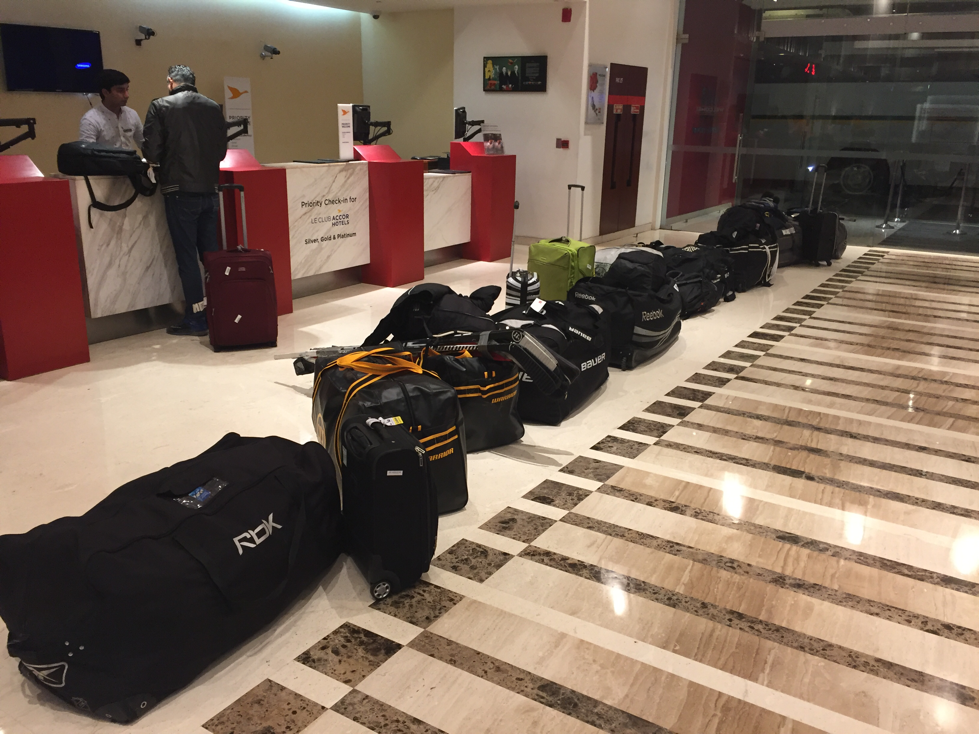 4 am in the morning and nobody is feeling great but we are all excited about this adventure . Started taking my diamox even though some players decided not to but I’m not taking that risk . Being sick and missing this event or any game is not on my agenda . We had a big discussion with the Ibis Aerocity Delhi about a room that we were charged for that was only booked for one night but we gave in and just paid them but let it be known that we were not happy . I’m sure they were though and that’s what counts when it comes to some of these shady business’ .... we had a bus arrive for us to get to the airport and we could barely fit all our gear and luggage onto the bus but we all squeezed in and made it to the airport where we then had to deal with security checks and luggage . That was another mess . 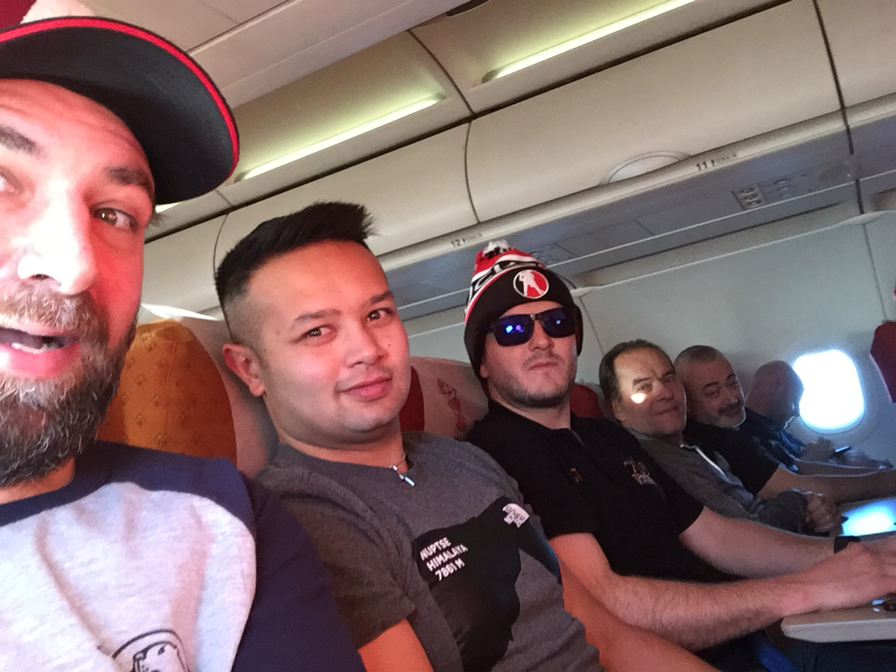 We had some of our team mates carrying extra luggage so our weight combined was 70 kilos over and we were charged €400 which I personally believe should be paid by those with the extra weight but that will be discussed at a later time . My bags should be at max weight so I don’t believe I should be paying extra but let’s see what happens . Lucky me I got the window seat with Jonesy and Hogey beside me flying Air India from Delhi to Ladakh . It was a short flight and we were given a small sandwich that looked like someone threw up on it ... no thanks I’ll pass :) flying over the Himalayas was pretty cool and we were all in awe of the mountain range . When we arrived you could feel the air was thinner as we are above 3000 metres which is higher then I’ve ever been before (hahaha ) upon arrival we had to fill out some forms which was not comforting in this state . I was a bit grumpy and dizzy and weak but not dying so I fished a pen out of my bag and filled in the required questions and grabbed our luggage and went to get on our bus after we were greeted by one of the organizers here named Tony . He is from Calgary but apparently might be living in Shanghai from what I’ve heard . Haven’t had much time to chat him up yet . We drove further up the mountain to get to the Grand Dragon Ladakh which is a nice hotel . 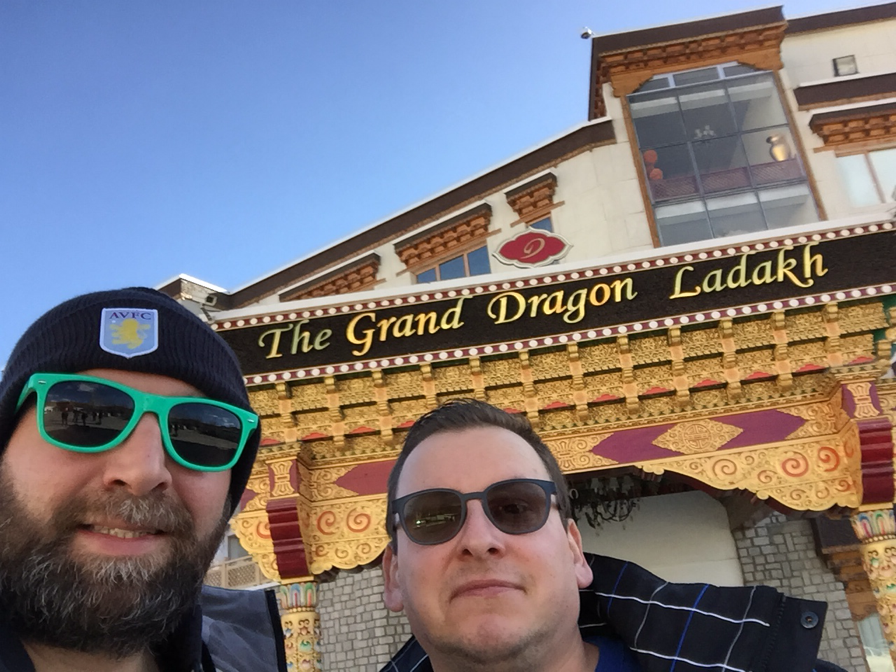 We are here to acclimatize and relax for four days before travelling to a higher altitude of roughly 4200 metres to attempt to set a world record for highest hockey game played which I will take part in as Goalie for The Hockey Foundation . Wish I could add link but the internet here is rough so leaving this page may cause me some problems writing this . Look them up regardless ! At the hotel we met all the other players from all around the world . Bunch of guys I have played with are here from other tournaments I have played in and it’s basically the who’s who of the hockey travel world . If you are not here then well .... you get the picture :) 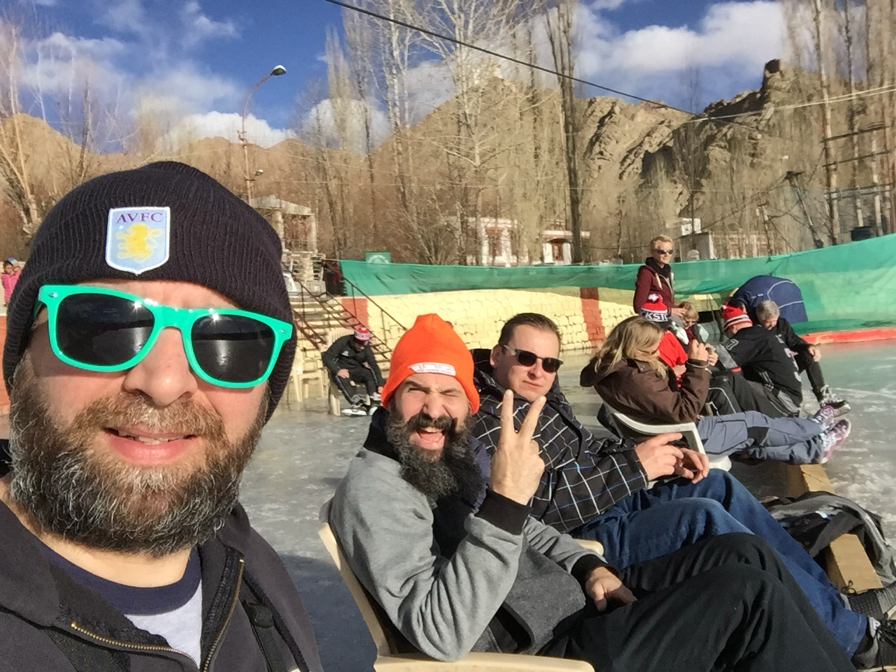 We had the opportunity to go for a pleasure skate on the rink here which a bunch of us opted out of including myself but we all went regardless to see the rink . We pulled up some chairs and I was chirping all my team mates as they were falling all over the ice . To be fair the ice was in a horrendous condition since the sun blares really hard up here during the day . It should be better tomorrow morning when we have our first game . After our skate we headed back to the hotel and had a bite to eat before having a welcome meeting which was necessary to get all the info . We had the most questions asked , maybe the only questions asked ? Like is this a world record for tournament at highest altitude and are all our names going into Guinness Book of World Records and some of the answers were not what we were expecting :( everyone rushed to the restaurant and it was packed full and I hung back with my English mates and we decide to go play some pool 🎱 downstairs and chug a few pints which is not suggested but after that question sesssion those pints were really needed . On the way down I was pulled aside by my friend Adam Sherrie who runs The Hockey Foundation and he asked me to smooth things out with the guys which I did and I suggested he comes down to chat with us and get to know us . Adam’s in rough shape which sucks but he’s a trooper ! He came down and we sorted everything out and I’m pretty sure when he left everyone was feeling better :) 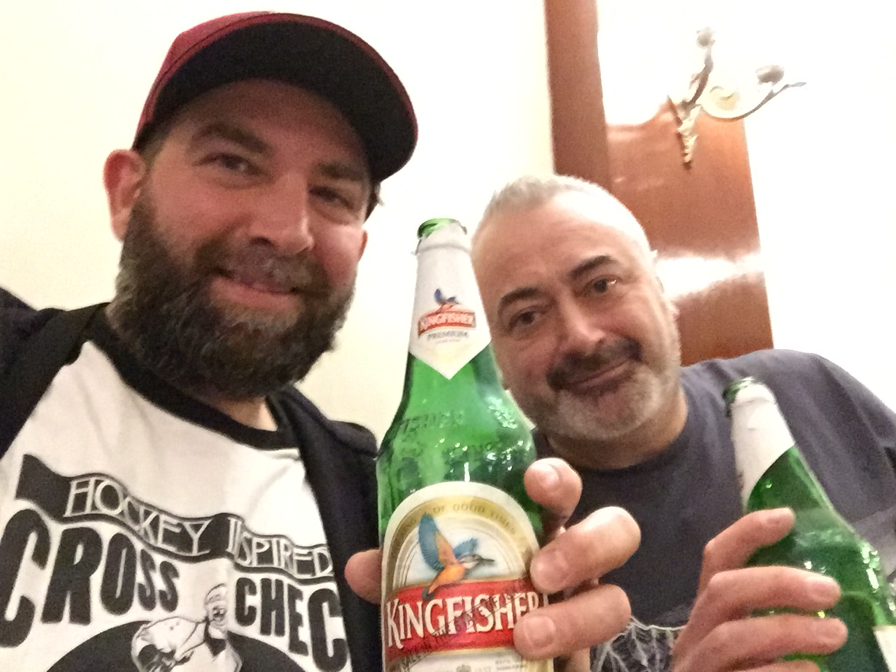 After getting schooled by one of the hotel employees in a game of pool we decided to go eat since the dining area should have thinned out by now . Curry is king here and man oh man is it good ! I’m trying all sorts of new stuff :) even had a bunch of ice cream then we called it a night . Really excited to hit the ice tomorrow !
Posted by The Travelling Goalie at 11:09 PM