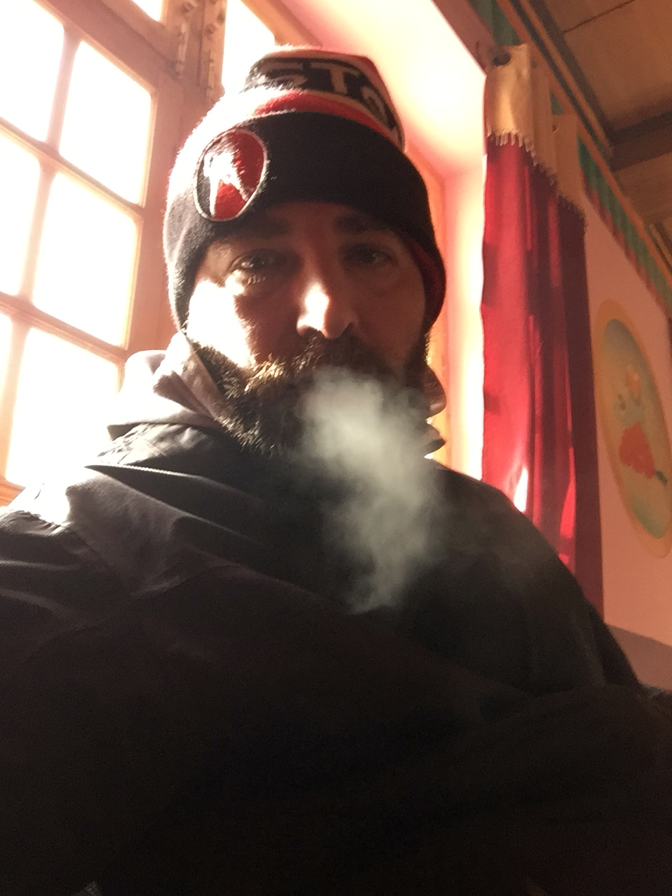 Not gonna waste too much time and will combine a few days of my pain . Yes pain and suffering . That morning after setting a world record I woke up thinking I would play another game at that height . 4,300 metres !!! I stayed on my own and risked it even if it was for a game that would have only been an hour long .... yes only lol . Remember I just played a 2.5 hour full stop game at this height and that morning I felt the wrath . My stomach which I hadn’t filled with any sustenance for days had burst and I had to use the “hole” which I really tried to avoid and I have no clue what was going on but when it was go time I just couldn’t go and by go I mean to play hockey . I was dizzy and my stomach was out of control and all I know is I needed to get in a taxi and get the heck out of dodge . I should have left the day before with the Rainman Allstars but my stubborn self tried to prove I was tougher but that was not so true .

My team mates from Hockey Foundation came to my rescue and got me down to Leh that morning and I am forever grateful to Misty , Kyle and Daniel for taking me with them . I was coughing and donating a lot of dry blood from my nose also . Thinking that I would feel better further down the mountain range but first we have to make the pass which leads us higher and through an avalanche zone which must have had an accident overnight because when we passed there were some mighty big boulders partially blocking the pass and that was scary knowing my friends had left probably about 20 hours earlier . You just have to hope that everyone you know is alright when you see a car on the bottom of the ridge as you pass by .

When we got back to Leh we jumped out of the taxi grabbed our gear and I went straight to the bathroom .... first shower in 4 days , when I looked into the mirror I looked disgusting tired and much skinnier . I wieghed myself and with astonishment found out that I had lost almost 25 pounds in those few days !!!! That shower was golden . The water that poured off me was not nice and I took my sweet time in there absorbing as much moisture as possible , I must have been in there for almost 45 minutes enjoying every last second . When I felt clean enough I headed downstairs to meet the rest of the players that competed in this event and I shit you not , everyone looked like zombies 🧟‍♂️ . People dragging their feet moaning everywhere , at this point I fit right in lol ! I was hoping and praying to see a burger or steak at the buffet but this is India and that was just a dream . Curry curry curry curry ... for breakfast , lunch and dinner . I can go a whole lifetime without eating this stuff again . But I probably won’t :) the curry here has nothing on the Brummie curry I’m used to back in jolly old England .... hands down this food is garbage compared to what I’m used to . I opted for fruits and juice to replenish . After my meal I went back to my room where I stayed for the rest of the day .

Everyone was dying for pizza 🍕 we found out the Grand Dragon Hotel makes pizza .... don’t be fooled though . Pork or beef are not options :( rememeber it’s India . I ordered a pizza with cheese and tomato sauce and ended up with the most disgusting piece of shit pizza I have ever come across . It had full on tomato slices with no sauce and there were 2 slices of olives and a ton of gross cheese which I don’t even know I can call cheese on it . This sent me flying to the bathroom ! And it came out both ends pretty much at the same time .... now I’m no doctor or anything but I’m pretty sure I got food poisoning or something . That’s up to you to decipher . I will go with this pizza or wherever the heck it was made me sick .... and I hid for the rest of that night . 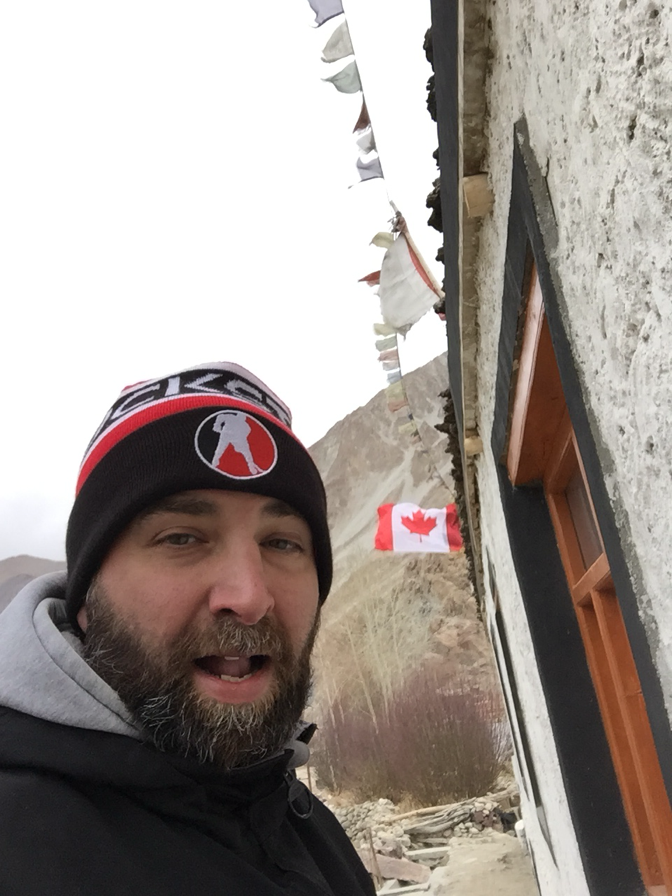 I had another day in Ladakh in which I could have fulfilled the dream of playing for the team I travelled with but there was no way I was leaving my room .... that day was filled with action movies in English and was quite relaxing . Wish I wasn’t worse for wear but thems the breaks eh :) I was looking forward to leaving this altitude and hopefully finding some decent fast food in Delhi . Let’s see what happens when we get down there . All I know is food here is the enemy hahaha .

Posted by The Travelling Goalie at 1:50 AM