Alright so tonight i have my last game of 2011 here in Toronto playing for my Ghetto Blasters team , the next time i am on the ice will be in Estonia sometime next week ( still don't have schedule ) regardless next week is 2012 :) 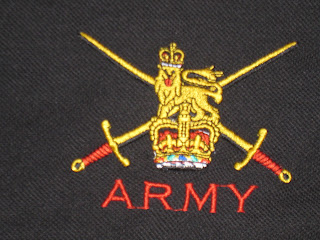 Last year for New Year's Eve i was in the middle of a farmers field with a bunch of old school bikers somewhere near Fordingbridge , England ... that same week i got on the ice for the first time in England and the first time in 2011 ... it was a great start to the year . Did alot of skating on some questionably small and over packed skating rinks there as well LOL , like way over packed !

The Ghetto Blasters seasons have not gone so well in 2011 losing out in our semi final at the end of last season , not qualifying for playoffs at our tournament on Easter Weekend ( which we were defending champs ) and then probably a personal worst for me during the summer losing the majority of our games . The team was revamped moving into 2011/12 winter season and things have ended off on a good note ...we are going into 2012 in 1st place .

In between all this i went out to Hawaii to play in a +35 tournament for the ECG Scanning Wings out of California ... what a great trip . I played totally crap and still didn't lose a game having the honour of playing alongside some former pros like Jay North and Martin St.Amour there made winning easy . Going undefeated and winning every game by at least 3 goals we won the championship and i kept my overseas winning streak alive ... having won the last 2 tournaments i have played in ( Cortina before this one ) .

Like i said tonight is my last game and i am personally guaranteed to have a record in 2011 over .500 , even with the awful summer season i had ( don't ask how bad it was please :)

2011 was all in all a great year with its ups and downs as all years have , here's hoping and wishing that 2012 is a great year for myself and all of you reading this .
Posted by The Travelling Goalie at 7:28 AM No comments:

The excitement is building , i have been watching the weather and really praying that there are no delays with my flights . Pre packed my bag now i have to wash my hockey gear ( the washable stuff ) , my buddy quit his job working at the hockey shop where i used to get my gear cleaned for free :(
Unfortunately Santa Claus did not bring me a new goalie bag to use on this trip so i am gonna have to do some sort of tape job to keep my ragged beast together . I was almost sure she would have been retired by now , i mean i was nervous about stuff falling out of it on way to Hawaii and that was over 6 months ago so you could imagine what kind of shape it is in now LOL .... she'll make it ( i hope )
We are still waiting on the tournament schedule , as usual there are teams that are not quite paid up .... same shit everywhere . Those of you that run teams and read this should never dick around guys trying to organize tournaments , be honest with yourself and to the guy running these things ! If you don't think you can get a team together then just tell them , i have seen this happen way to many times . Alot of people can talk the talk but there are few of us that actually walk the walk when it comes to travelling to these hockey tourneys . Anyhow enough of my rant :)
From what i hear we will be playing Estonian and Russian teams at the tournament .... hopefully the Russian teams like to party because usually the home teams don't go out so much . I have already been promised a great party when i am there based on the guys i will be with so it is definitely going to be worth visiting Tallinn !
The only problem is that i still can't book my KHL ticket in Riga AND STILL NO ICETIME IN SWEDEN!!!!
Posted by The Travelling Goalie at 8:19 AM No comments:

It's been awhile since i posted anything here .... guess i should get back into the routine of posting blogs again seeing how i am leaving for my next adventure in less then a week :)

Today i am waiting to hear from the tournament organizer in Estonia ( Max Amhel ) . I am excited to see what teams are in this tournament . I have a feeling it will be a bunch of teams i have never heard of , from what i hear i am probably going to be the only Canadian at this tournament which is great . Last time this kinda thing occurred was in Bolzano , Italy . It was interesting finding ways to communicate with the guys that tried to communicate in some form of seriously broken English .

Yeah i know what some of you are thinking ... how is it that there are no Canadians ? Trust me there are tourneys out there with no Canadians in which you won't hear a lick of English . Once you get drunk everyone speaks the same language anyways LOL

The other day i tried my darndest to book tickets to go watch Dinamo Riga ( KHL ) . The website would not accept my credit card so i called in to see what was wrong and apparently the website i am trying to deal with is not accepting it .... is fraud that bad out that way in the wild wild East ? Along with waiting for tourney schedule i am going to have to try figuring out how to get tickets to see this game .... there is no way i am missing this opportunity to watch a KHL game , i don't even think i know anyone that has ever been to one of these games . How epic will this be ? well i guess i am going to have to find out by booking a seat .... where is that darned credit card :)

still waiting to get some icetime booked in Sweden ...... please anyone i don't care if children are shooting pucks at me i just want to get the chance to play hockey there !
Posted by The Travelling Goalie at 7:45 AM No comments:

So i leave in a month on my next big trek , have to call Air Canada tomorrow to let them know i will be dragging my monster for a hockey bag onto their planes . Then i have to print up their policy to have just in case i run into yet another customer service agent that does not understand their airlines policies . My gear is free :)

As of now i am booked to play in all the countries i am visiting except Sweden . I don't have the largest window of opportunity to work with as i am probably not going to be there very long . At the moment all the connections i have don't live anywhere near Stockhom which means they can't get me on the ice there . This post is basically a plea to anyone out there that can get me on ice playing hockey in Stockholm ???? If you do please comment and hopefully it works out .

I don't want Sweden to be my next Slovenia . It will bug the shit out of me forever if i don't go back to play there , it was the same with England for the longest time having been there 3 times with my gear and not playing there finally last year i broke the spell and got on the ice there :)

That Swedish flag would look really cool on my stick bag ! Someone please help ....
Posted by The Travelling Goalie at 10:26 AM 2 comments: