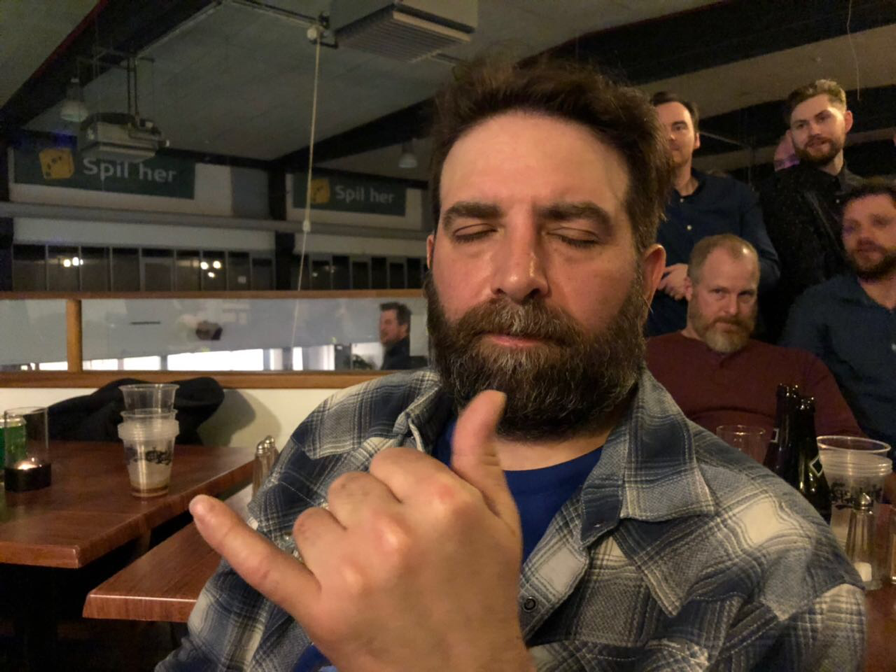 Well that was a rough ending to another solid trip but what can ya do ? After that skate in Senden we got back to Rainers as I mentioned in my last post .... took my gear to his basement and prayed it dried which of course it didn’t .... I booked a flight to leave later in the morning from Stuttgart and had to get up around 6:30 am to shower and get ready . Nothing worse then flying a full day and being smelly and stinky and shweaty :( so that shower is much needed . I wish everyone else felt that way but that’s not the case is it ?  Rainer graciously drove me to Stuttgart from Aalen in the morning and that was around 1.5 hours with a slight bit of traffic and when we got there I didn’t really wanna say bye , we had a good trip together and I already missed him before leaving . We really are family ! Anyways I took a couple of his sticks with me to fly home with and left one of mine at his place for future use ... we will see each other in Montreal in a couple months and he won’t have to pay for his sticks this way but unfortunately I have to ... or was it the overweight bag that I had to pay for ? Not too sure but at the airport I paid about $150 CDN for my bags which could have been worse but the woman at the Lufthansa counter was much friendlier then the horrendous Finnair people we met on our other flights . Still haven’t heard back about that complaint . Great service , won’t be using your crappy airline again . 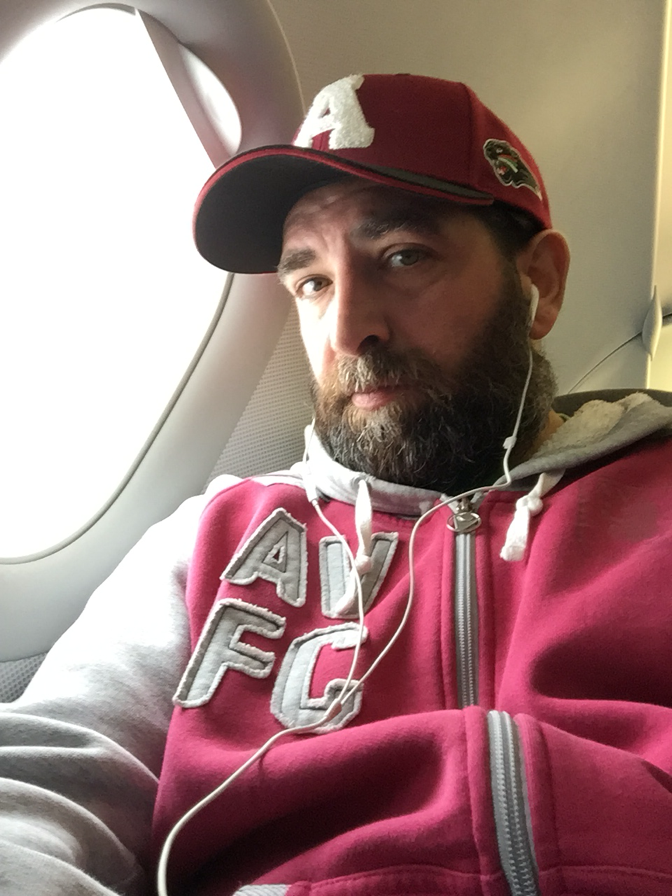 So as I said I left Rainers around 730 got to the airport at 9 and was on my flight by 11 which was due to land in Frankfurt at the same terminal that my next flight was leaving from to Toronto . That flight was a bit late and it wasn’t bad or full or anything so it was nice . Just kicked back and started thinking about having to play for my Ghetto Blasters club when I arrived and it was tiring thinking about this so I squeezed in some zzzz’ .... when I got to Frankfurt the plane didn’t pull into the terminal and we got onto the bus and headed to the terminal where I dreaded having to clear security but thankfully I didn’t have to and did a bit of a sprint to get to my flight on time with just enough time to buy myself a bottle of scotch for my collection at home . Of course there was that couple that was crying that their flight was boarding in 10 minutes that needed to pass everyone meanwhile my flight was boarding in 5 .... the family in front of me had words with someone trying to create their own line which was responded with a “you could have said that nicer” .... now hold up , you are trying to bud in and you expect people to be polite to you ? What the F ! Anyways I sides with the family and we chased them off :) when I got through security I did get my bottle then I got into the boarding area which was utter and complete chaos .... and for some reason I felt like I was flying back to India and not Toronto ? And everyone was pushy and everyone felt as though they were VIP’s and honestly people suck .... they really do ! What happened to consideration ? Etiquette ? And common sense ? Are these diseases today’s people try to avoid ? I mean c’mon ... wait your turn and line up and be polite and we can all get to our seats that are assigned ! Or maybe is it that person that has 4 bags and a jacket that needs to hog the hole overhead compartment .... I think so . And why don’t the airlines make these people follow the rules they state ? Is it that bad that you have to put your second bag at your feet instead of making someone put their only bag at their feet so you can be comfortable ? Think about it , you’re a selfish pig if that’s you . And I don’t mind telling you so :) anyways yeah I saw a lot of that . 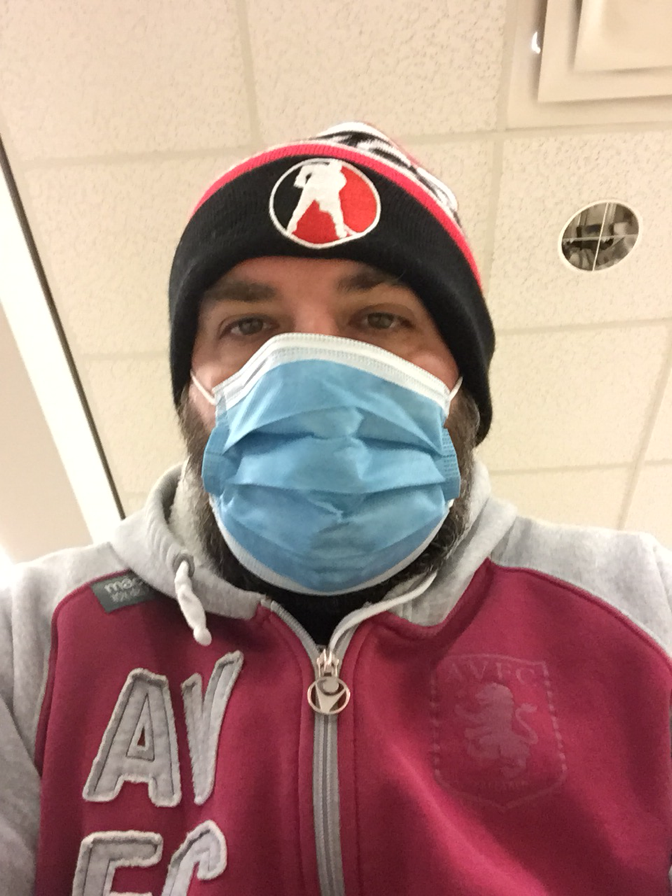 When I got to my seat there was a guy in the aisle and I had the window then this fat slob of a man comes to sit between us and immediately legs wide open fighting for knee space leaning onto me ... I’m not using his arm rest but he’s so fat he turns and put his back up against me and it was a constant battle for my own space .... I wanted to choke this guy and the guy in the aisle looked at me while this guy was gone for one of his walks and said this is gonna be a long flight .... he was right . The flight was delayed and we arrived more then 1.5 hours late in Toronto and yes this dude in the middle was a stinker .... he obviously doesn’t have the same beliefs I mentioned earlier . Showering must be a weekly thing for this person :( yuck 🤢 anyways when we finally arrived in Toronto the plane again didn’t pull up to the terminal and we had to get on a bus and our luggage arrived over 1.5 hours later . My game was at 930 and I was supposed to land at 430 and in my head be home by 6 that night .... instead the flight landed at 6 . And I got home by 8 .... I got a rentagoalie for my squad because there was no way I would make it home and even my taxi home sucked because apparently those $40 rides I took for years turned into $55 rides ???? No clue why but I think I got ripped off so no tip for you and honestly after this trip .... tips are earned and not just given away anymore , I’m sorry if you live off tips but you have to do something to get something and this world of take take take has to end . Now !

When I got home coughing and choking from the lung infection I picked up in India I decided to order some Swiss chalet and call it a night .... not even sure if I made it to 10 pm .... do the math though .... I left Rainers at 7:30 am and arrived at my house at 8:30 pm which if you add 6 hours is 2:30 am the next day which is a total of 19 hours in transit !!!! Yeah that sucked but sometimes you gotta do what you gotta do to make these trips happen .

Before I close off this chapter of my stories I want to thank my hockey family for having me with them especially Rainer Schmid and the Rainman Allstars .... Timo Korner for being real , you can call me a douche if I deserve it buddy :) and Andi Tanzer for showing me a good time in Erding ! Fasching will forever be in my mind Daddy Cool 😎 . Can’t forget the peeps I met in India that we battled our way through adversity to attempt a world record .... notice I said attempt ? It’s not official yet . Thank you Hockey Foundation for letting me be part of your great event ! And before I close this off I would like to say shame on all the people trying to steal others glory !!! You know who you are you lying scum bags . Tell the truth and stop claiming our glory , we all know the truth .... especially the people that weren’t at the event that wanna claim they are world record holders . I won’t even mention your names because you are not worthy .  Fake news is real and that’s all I’m gonna say .

Last but not least .... congratulations Germany on beating Canada .... boy oh boy did I get ripped into on what’s app that day lol ! 🇨🇦🇩🇪🇨🇦🇩🇪
Posted by The Travelling Goalie at 3:26 PM