Heading Back to Germany 🇩🇪 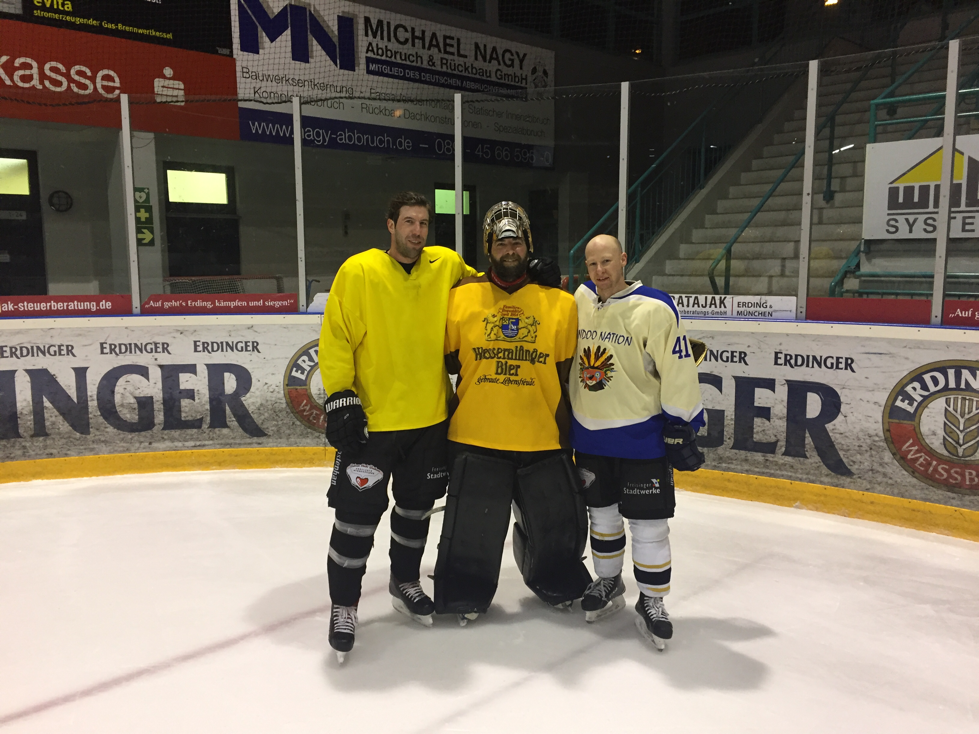 Man oh man I could not wait to get out of India . Let’s just say I won’t be going back .... and you can bet on that . I hated it there , big time . There is nothing really positive I can say about that country and I would be surprised if anyone in the group I’m travelling with would want to go back ! Actually I would be shocked . No offence to anyone that I know that’s Indian , I have nothing against you ,so that morning we were leaving I was happy , really happy and looking forward to getting over to Germany to play some hockey with my buddies Andi Tanzer and Marcus Mooseder . Anyways that morning at the Holiday Inn I found bacon at breakfast which made me really happy and finally I had a meal that didn’t taste like curry and wasn’t spicy . Most of the gang stayed up all night partying and some looked worse then others . I was glad I went to bed at a decent hour . Unfortunately I didn’t get to say bye to my friends from Sheffield so here you go lads .... was great spending time with you all , hope to see you in May if I get my ass over to blighty for a couple Villa matches . 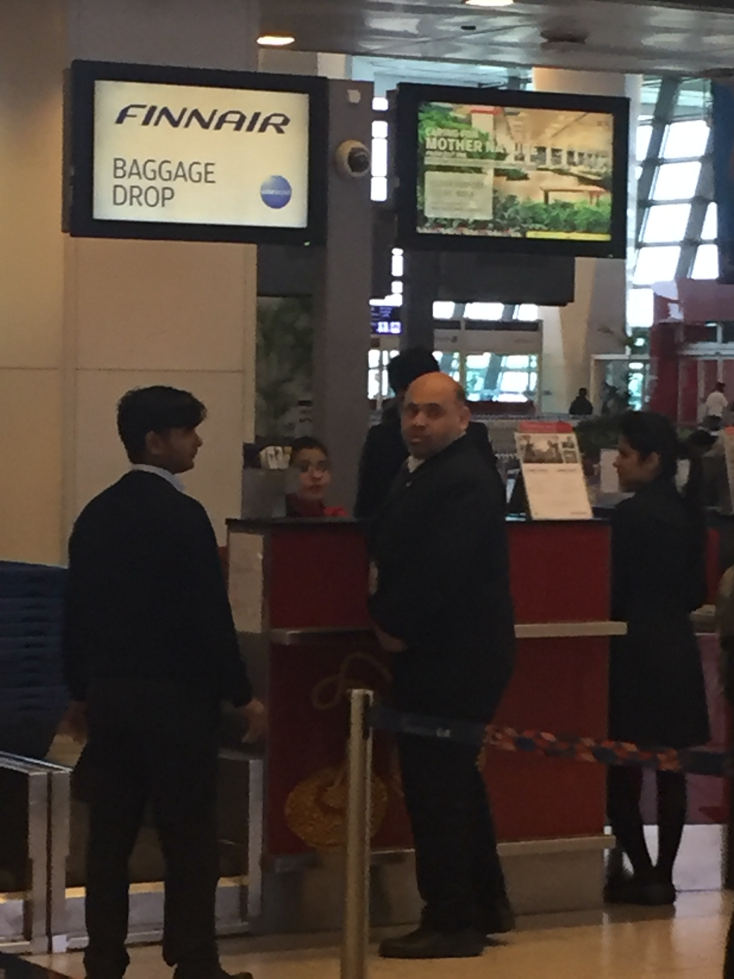 We got a couple courtesy vehicles to stuff our bags in and head to the airport and when we arrived we had experienced possibly the worst customer service in my life . The woman seen in the picture above was not in a good mood that morning and she took it out on us big time . We approached the Finnair counter and I was laid back with the loss of my voice and I just let everyone else handle everything , she needed to see proof that I was leaving Europe and things got weird . Now I didn’t yell or swear and in fact I did not disagree or say anything directly to her but for some reason she called the guy with the big head over and he told me they were going to call security to have me arrested and he threatened that they would not let me board the plane .... I have no clue why as I was told my bag was heavy and I would have to pay and I didn’t even complain about that . While I was paying I called him over and asked what the problem was and he said that she told him I was swearing at her which is an absolute lie . I told him I didn’t say anything to her at all in that manner and he believed me then said that I said some thing like all Indians want is money which was another lie .... what I did say and not to her but to Timo and Rainer was that all airlines want more money these days . I had to pay €100 to get my bags on and I didn’t even complain about that ?!?!? Now I would like to send this post to Finnair to see how they like it when they are questioned for their behaviour :) these two people should not work in the service industry and I’m telling you they both made me very nervous ..... even when my baggage was going to oversize I felt the threat of being arrested because of these two Finnair employees . When we were going through customs we were approached to go somewhere with another employee and that was weird and uncomfortable . I had no clue if I was gonna be taken in but what I do know is I can’t wait for this plane to leave . I hope Finnair can fix this issue because it really was not a comfortable experience and when I was boarding the plane I had to see this woman who caused all this controversy one more time and honestly I hated having to see her again at the boarding gate . She had some evil intentions . 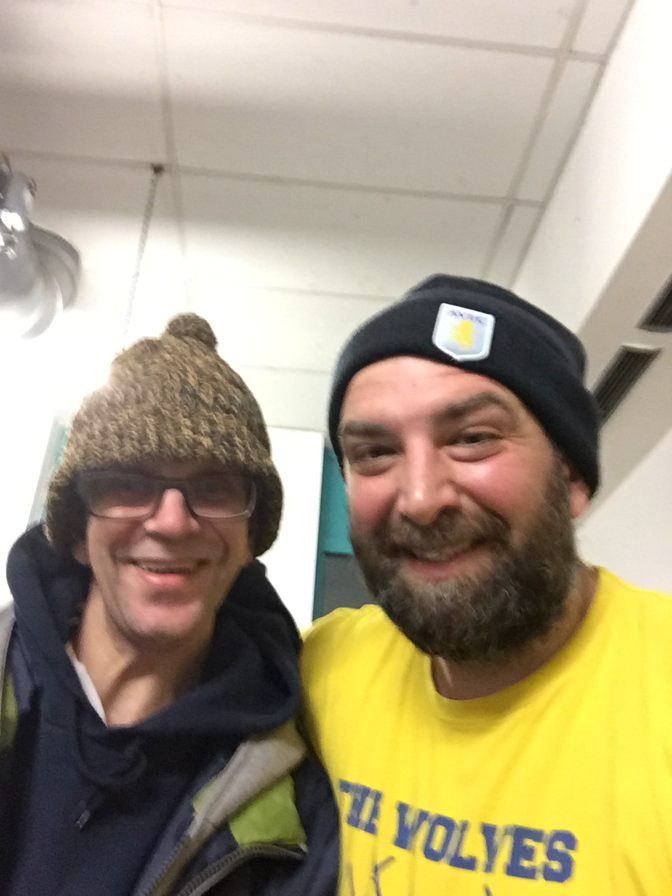 The 6.5 hour flight was crap as I had a small Indian fella in front of me with his chair fully reclined into my lap and my knees were crushed but he didn’t care . Philip was in front of him and he barely reclined so this guy was a massive douche and massive douches get massively douched by me ..... I opened the air and pointed it on his head , he didn’t like it and tried to close the vent and I slapped his hand away :) if you don’t care then I don’t care either ! Have some etiquette next time , and if this happens to you remember that this air vent can be your weapon to battle these dickheads :) he had to put his hoodie and blanket over his head and I didn’t give a shit . You get what you deserve . The headphones were pretty crap and echoey and the movies I watched were kinda painful but I survived the first flight to Helsinki . When we arrived we saw Arri one last time , didn’t say bye and ran to Burger King for some food .... pretty sure we jumped the queue but who cares we got that beef we had been dying for weeks to have . The next flight was to Munich and it was delayed by 45 min but it didn’t matter as I slept through the flight upright in my chair . No reason to bother the person behind me .... 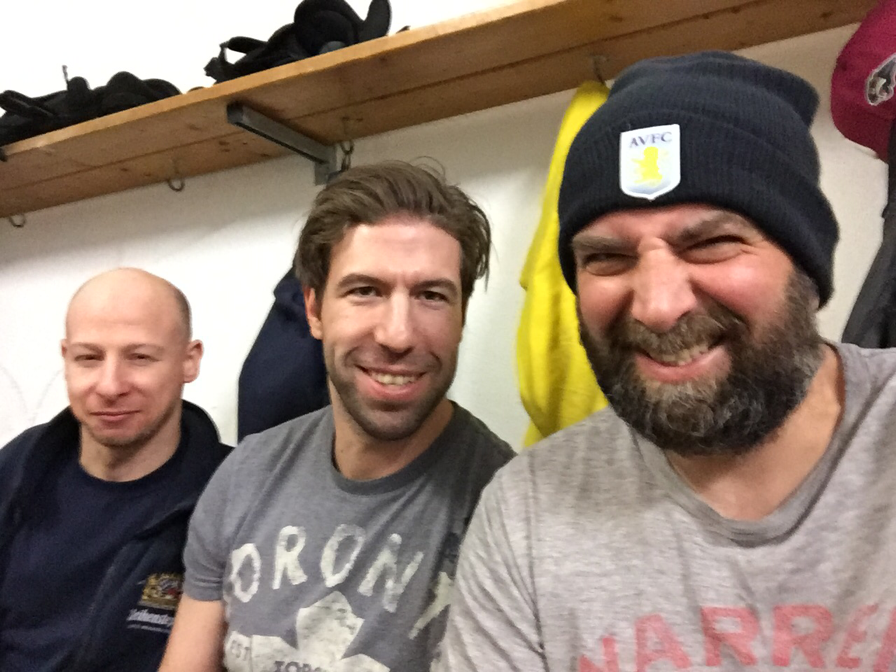 Andi picked me up at the airport and got me to my hotel which is an Ibis and it’s not bad at all , very clean and new looking and right across the parking lot is a McDonalds :) you bet I did ! Don’t even question it .... every meal is there from here on out . First things first though , I have an ice time with some hobby league guys in Erding which I’m not sure if I’ve skated there before but it does seem familiar . When I got on the ice I felt like super man ! No joke I felt like I was on steroids or something which I guess is from being at high altitude for all those games . Wow !!!! It’s an incredible feeling . I played pretty awesome too and robbed a few guys before tipping a puck into someone’s face :( it made me feel bad and I couldn’t concentrate for a few minutes but the old guy was alright thankfully he had one of those old helmets with the mouth guard built in . That probably saved his chiclets . After the skate I had a couple beers in the room and then we went to an Irish pub ..... that’s when the jet lag kicked in and I had to go to bed . Marcus drove me back and I said good night then headed straight to my bed . What a crazy long day . 2 flights , 2 continents , 3 assholes and a hockey practise all in one day .

Posted by The Travelling Goalie at 12:49 AM