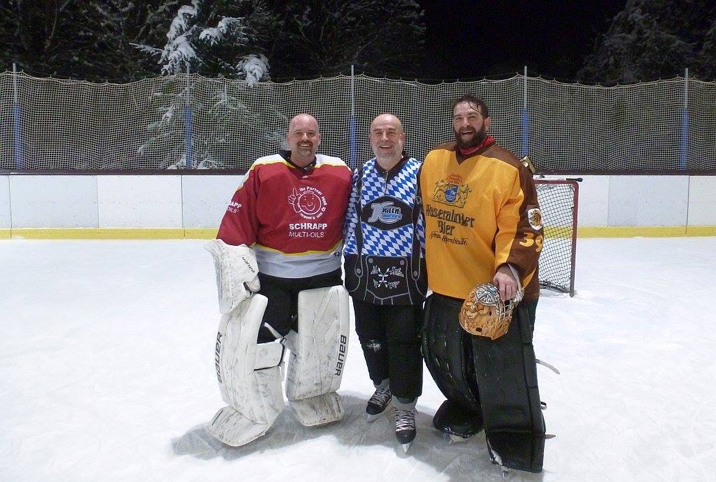 Kinda fell behind on my posts and this actually happened on Monday .... what else is new eh ? We got back to Aalen around 4:30 am that morning from Denmark and we were both wiped out . I had some issues walking with some deep bruises on my left knee and we didn’t even bother pulling our bags out of the van . We have an ice time at around 9 pm in Senden which is about an hour out of Aalen . When we woke up it must have been 2 pm or something and we went straight out to eat at Duran Imbiss and I gobbled up that full platter of kebab ! Can’t help it I love the food at this place .... it’s my go to when I’m in Aalen and it’s right beside the old Irish Pub which is closed and it’s odd not going in there to see Servet but that’s the reality of life .... miss it there and it looks like it’s getting renovated to be reopened so hopefully the next time I’m there it will be there . If it was open I’m sure I would have got drunk there as I did quite regularly over the years visiting . After we gobbled our food we walked into the city centre to grab some Aalener Spionle cakes .... translates to the Spy of Aalen which is a great story if you look it up . The cakes are a must to bring home and on most of my trips I would be packing around 6 kilos of chocolates but this trip I decided to come back healthier instead of coming home and gobbling chocolate bars for 3 weeks and regretting the 10 lbs I have to shed afterwards lol . We went back to Rainers after and took a 3 hour nap then woke up and went for a coffee to wake up and head out to meet the Aalen boys coming with us in the van to Senden . 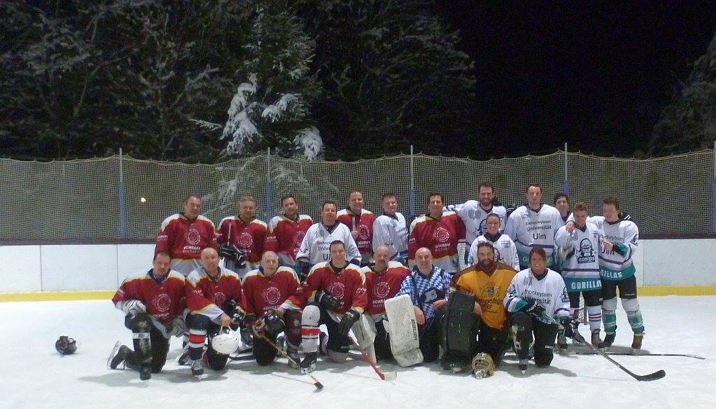 This game we were invited to was between the Tussa Ice Eagles who I have skated with before a few times and the University of Ulm Gorillas . My good buddy Anton Fetzer is usually their goalie and let me have the honour of playing on a team that can’t play defense as he jokingly put it .... I found out he wasn’t joking really lol . The Tussa guys have all the Aalen boys except for Rainer who thankfully is on my team . When we got to the rink everyone was happy to see me again ... Ralf Dreiseitel it was especially nice seeing you buddy . Anton was the ref on the evening and we were all having a good laugh about India in the room ... everyone loves yak shit hahaha ! A few of the guys follow my stories so it made for some funny conversations with some good questions asked . This arena here in Senden is beautiful ... it has no walls and is exposed to the elements and it snowed a lot so the backdrop of trees dressed in snow was absolutely breath taking . That’s why I wanted our photos taken with the trees in the background as you see above . 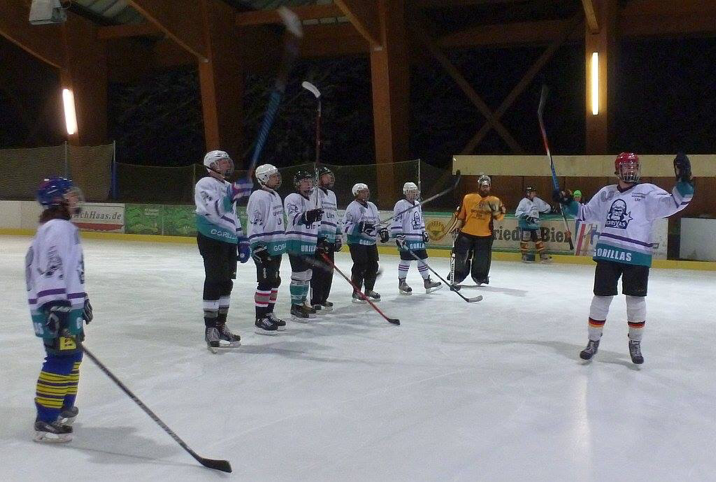 When we got on the ice we had about 20 minutes of quick drills and I was feeling the power from the altitude training which is great and I hope it never goes away but at the same time I was feeling all the bruises on my body .... I’m littered with them and will definitely look into upgrading some gear when I get home .... Toronto Hockey Repair will definitely get a visit in the next week or two lol ! After warmup we did the traditional greeting as you do in Europe by lining up tapping sticks and waving them in the air then we got the game going . I made a few nice saves and the squad was playing quite good in the first period . I think we were tied 1-1 or something going into the intermission .... we played 3 - 20 minute run time periods . The second period you could tell the youngsters on my team were either tired or lost their concentration or maybe just the Tussa guys woke up but I would say most of that period was in our zone chasing and having defense trying to play goal and not generally moving .... it was stressing me out as I was left totally hung out to dry and we went down 4-1 with hardly any possession outside of or inside of our zone . I tried communicating with my team but they weren’t understanding and they weren’t pressing their forwards and doing a lot of flat footed standing around which in turn makes them pylons :( Anton saw my frustration and laughed at me and it made me feel good and I’m sure it made him feel good seeing that he isn’t the only goalie that plays frustratingly with this group . He told me that since they are all students they have never time to gel as a team . Which he could be right and he also reminded me that this was a big challenge for them playing a team that had been around together for years so if you accept that we actually didn’t do so bad . Skating back to the bench between 2nd and 3rd we spoke and he told the Gorillas to stop trying to play goal and to start moving .... 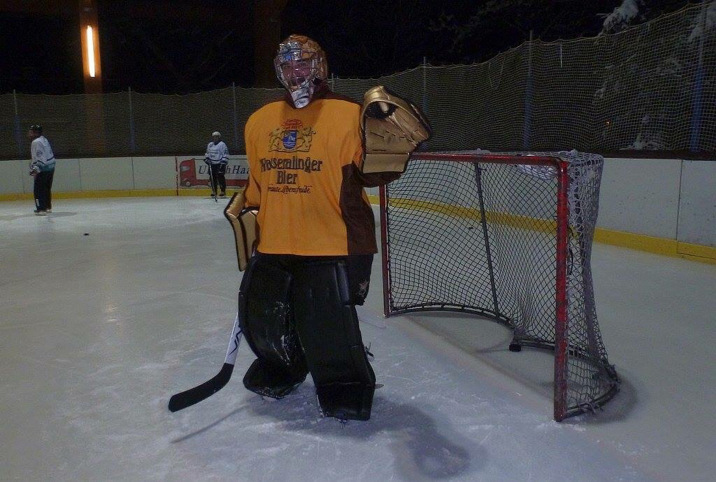 The third period started off better and the guys/gals were moving more and I was trying to communicate with them more . It helped but still I was left with 2 skaters open in my crease battling on my own at times and having 2 d getting trapped behind my goal ? This stuff frustrates me but I did what I could and made some nice saves and did my best to keep us in the game but with not much offence it was hard to get back into the game and I think the final ended up 5 or 6-2 . Not sure what happened to that first period team but I did bite my tongue and didn’t want to be the grumpy goalie and we all took some nice pics and all the pics in this blog are courtesy of Anton Fetzer who is such an awesome guy . We had a few laughs and then headed to the room , I think we were on the ice for close to two hours and I wasn’t really tired . We had a couple cases of Wasseralfinger beer in the room and I chugged 3 or 4 .... Rainer didn’t drink and was responsibly waiting for me to get dressed but we were all busy munching on pretzels drinking beer and having some good laughs . I always feel so welcomed in Senden with these guys and look forward to going back hopefully in the near future ! Thank you Anton for giving me the opportunity on my last night in Germany to get on the ice with you guys and it was an honour playing for your Gorillas squad for the first time .... they are good kids and I’m sure you can show them how to play a bit smarter with your patience :) and you were right , they don’t play defense lol ! As usual it was great being on the ice with Tussa again and I think that’s like the 4th time over all the years that we’ve had the honour to skate on the same beautiful ice rink together . You guys are very welcoming and I already miss you all . 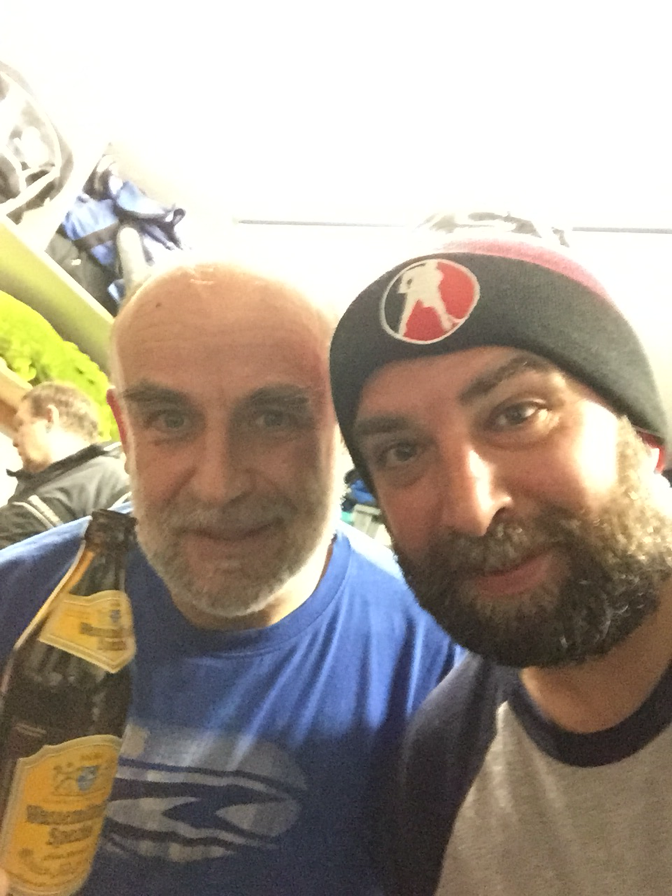 We had to get going because we thought McDonald’s was closing at midnight and we were all hungry . We got our orders in by 11:59 pm and I even ordered a hot dog .... had to since I’ve never had a McDonald’s hot dog ... it was ok at best and we all chatted about which fast food joint is better and the guys all seem to like Burger King more .... I told them about Harvey’s and how they grill the food in front of you and they were quite intrigued :) hopefully someday you guys will be here in Toronto and I can take you to try it out . We ate within 20 minutes and jumped into the van and had a few laughs on the way back to Aalen then said our good byes and when we got to Rainers I had to dry out my gear in his basement as I have only 6 hours before I have to repack and head to the airport .... we didn’t stay up much longer and hit the sack .... is there a better way to spend my last night of my trip ? I don’t think so , good people , good hockey , good beer and great atmosphere . Hope to see you all very soon and thanks to all of you that were there .... even the guy I won’t mention because he snuck out of work or something lol ! You know who you are buddy :) 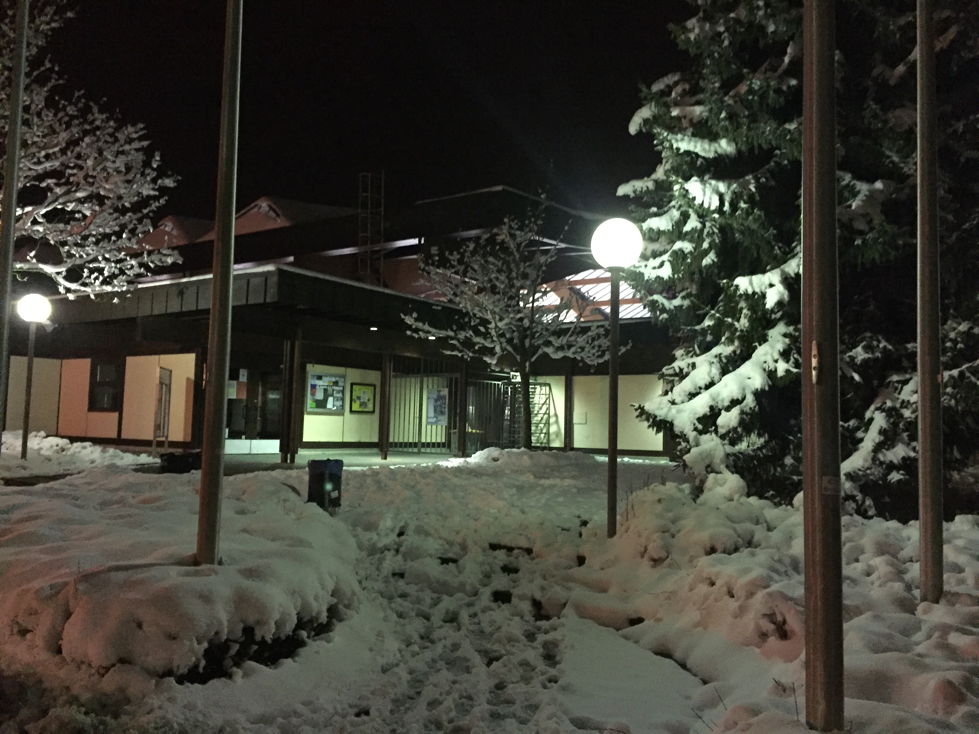 Posted by The Travelling Goalie at 5:59 AM