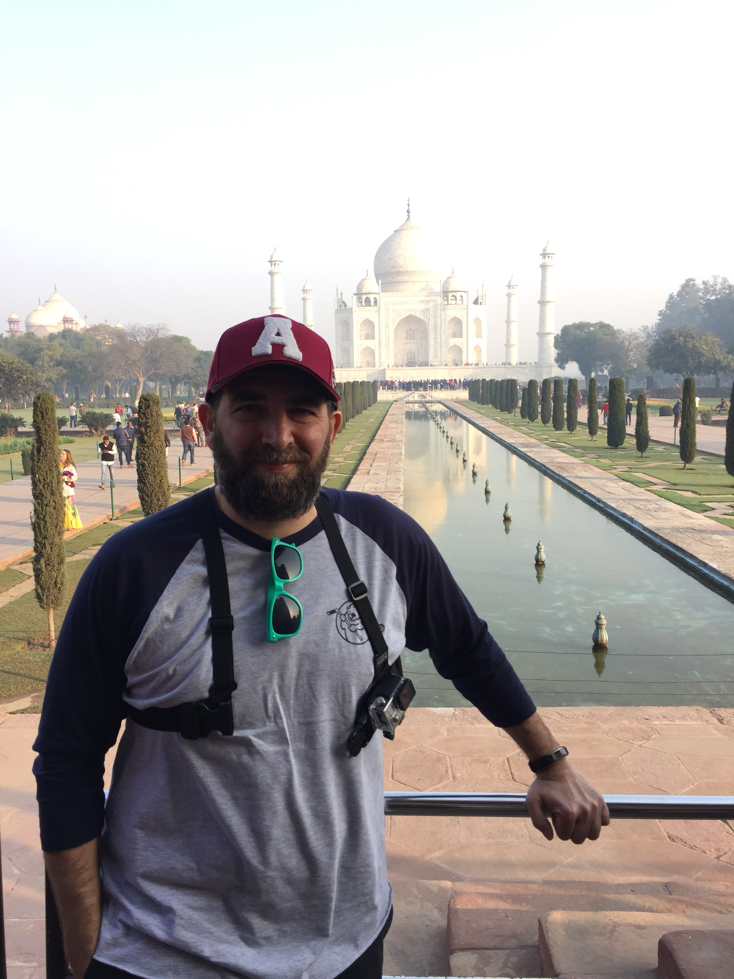 Got up bright and early and met up with the gang in the lobby to get on our bus for a day of tourist activity . The main reason we started so early was to see Taj Mahal at sunrise which we came close to but it was a few hours after .... we are a dysfunctional bunch and someone is always going missing :) isn’t that right Hamburgers ? Lol ! It’s ok you have time to smoke hehehe , I once was a smoker too so I can understand . We are staying about ten minutes away from this great monument to love 💕 if you’ve been there you know what I’m talking about . Can’t remember if we met our tour guide yesterday or today but regardless his name is PK which is fitting in more then one way as these two letters together in Hindi is sort of a slang for drunk guy and as all is hockey players know what the other meaning is ... PK Subban :) I don’t know if I trust this guy ? I do have trust issues with anything to do with tourism anywhere around the world as it seems this industry brings the slime balls out to make money .... everywhere ! 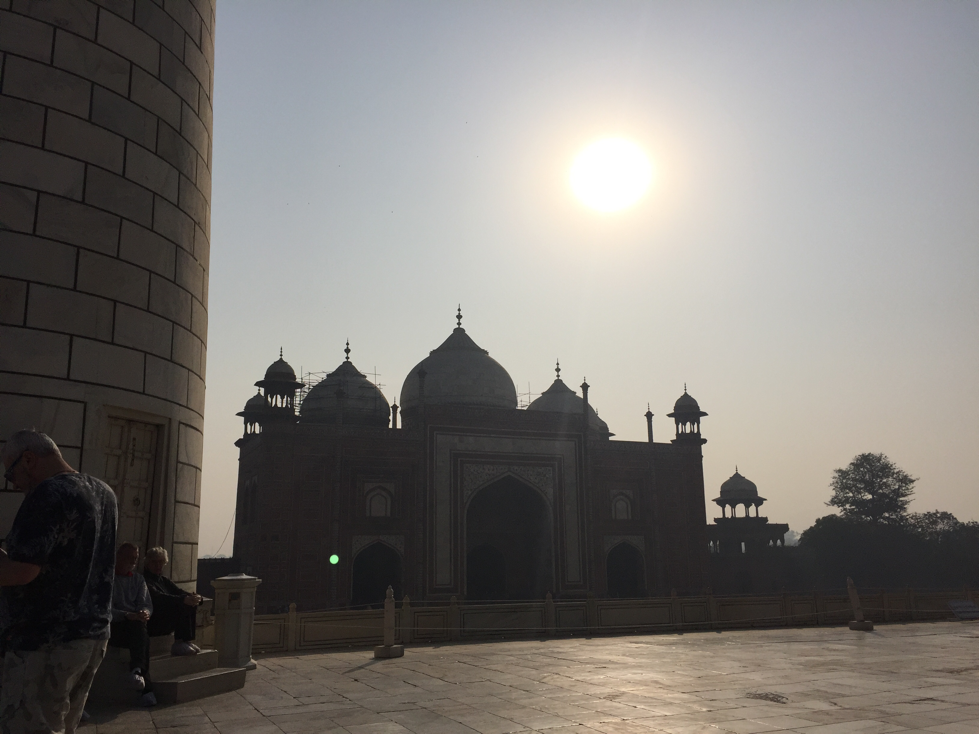 After fighting our way through the beggars at the front door of our hotel trying to sell us everything under the sun , we get to our coach and head off through the very filthy disgusting streets of Agra .... I’m not gonna butter this up . India is disgusting . The people don’t care about the environment at all .... piles of garbage everywhere . I mean everywhere .... then you get to the gates of the Taj Mahal and everything seems a bit cleaner . Monkeys all over the place grooming themselves and generally not giving a crap where they are , they really rule these streets here . Some look more human then humans to be honest . Going to the Taj Mahal was definitely one of the highlights of the trip so far and PK was very knowledgeable and wasn’t boring in his descriptions . We took our sweet time there meandering around in awe of the beauty and there was no one around to hassle us which made the experience even more pleasant . I was hoping to get my gear on and sneak a pic here but it was impossible ! Only real chance would have been on the other side of the dump of a river where homeless people seem to rule . Not happening :( I wasn’t upset or anything as I was kinda told this is the way it is .  So don’t expect some crazy pic of me to go viral this week like that pic in front of the Pyramids of Giza . 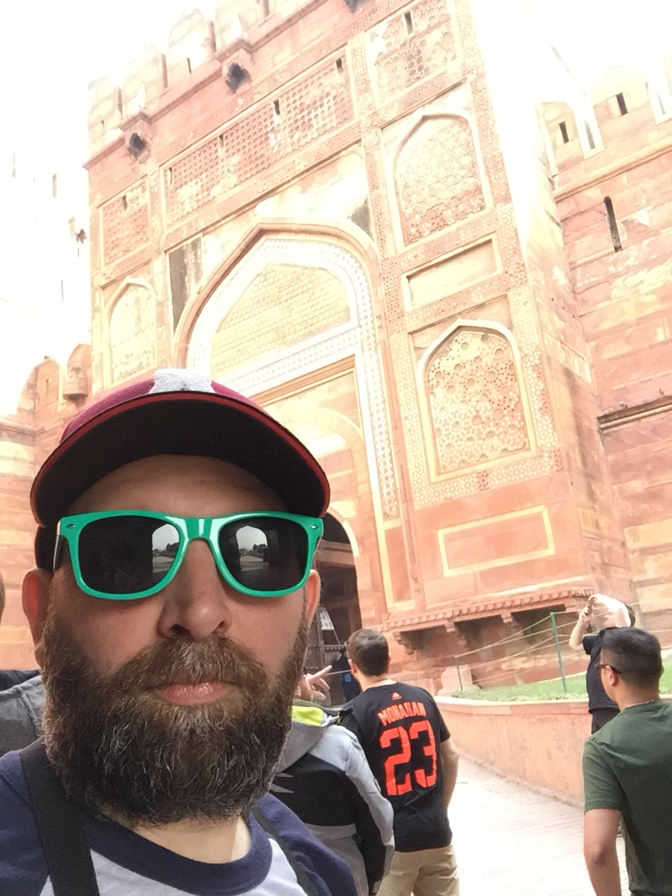 After we left Taj Mahal I saw my first leper :( yeah leprocy is a thing here . We all were freaked out and took two steps away from this poor fella .... felt bad for him but jeez that was a horrible sight . Next stop was the red fort (?) can’t remember the full name but it was pretty interesting learning about all the kill zones in this impenetrable fort . As we walked through PK explained everything and how people would be killed if there was a siege . Lucky them :) that burning oil is not the kinda oil I would want rubbed on me on a hot summers day . From the sounds of it not many people made it that far in to experience the giant boulders and there was even a strategically built wall to keep elephants from charging . Sounds cool ? Yeah it is ! 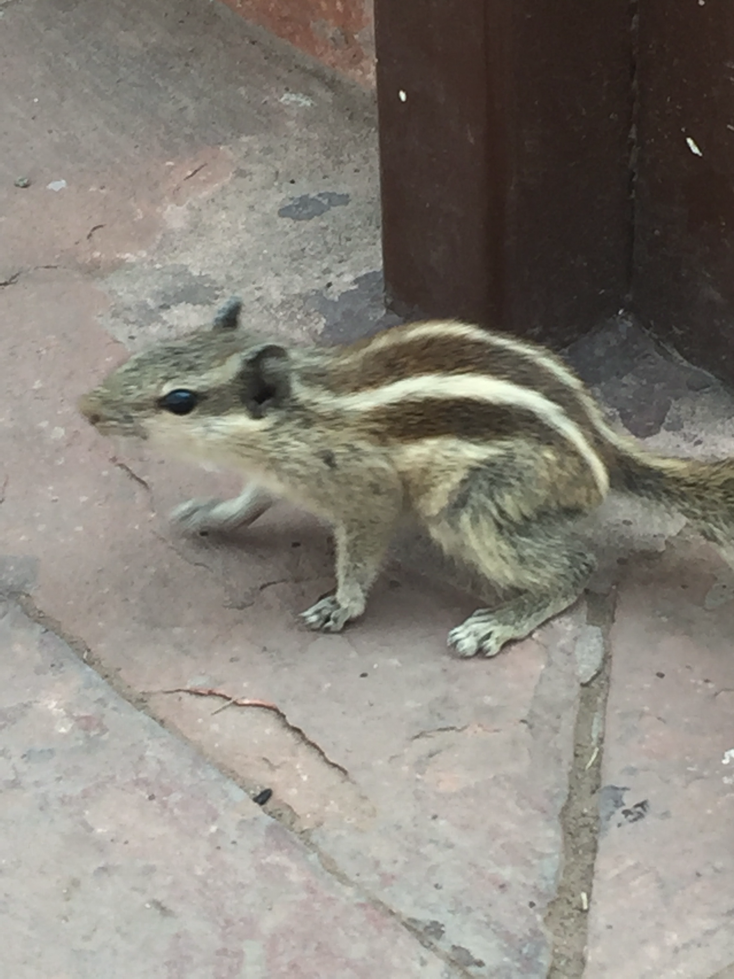 There were chipmunks scurrying around everywhere and they were kinda docile. Not what we are used to back home . They aren’t darting around and they aren’t really scared of humans . We also saw some big ass ants that were pretty scary and the whole experience reminded me of something out of an Indiana Jones movie . 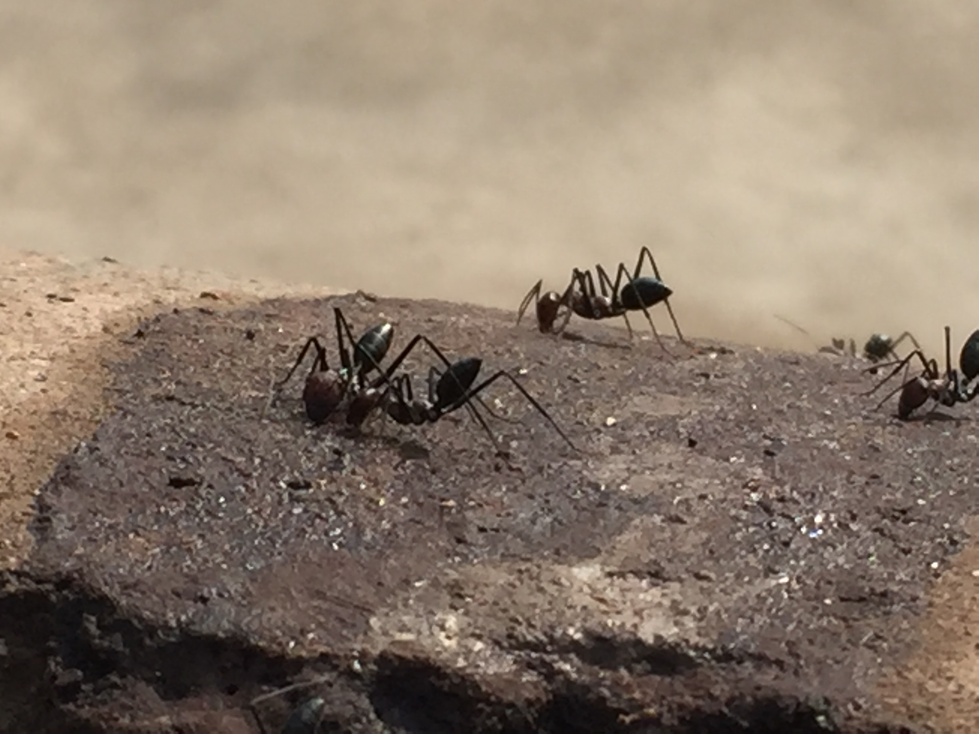 We walked around quite a bit and it was time for lunch and this is where I’m pretty sure PK raked it in .... we ended up at this outdoors roadside tourist trap for a lunch spot . I knew it off the bat when the snake charmers showed up and someone was playing a sitar (I think I spelled it right ) anyways you get the drift . Some of the lads started chugging lagers and I was kinda grumpy because I’m so sick of Indian food . All I wanted was to eat somewhere with selection .... I ordered a chicken fried rice which barely had any chicken and wasn’t good at all . Pretty standard for India if you ask me . I’m not feeling well still and the dry blood is still collecting in my nose from whatever happened to me in the Himalayas . After lunch we boarded the bus and went to the baby Taj . 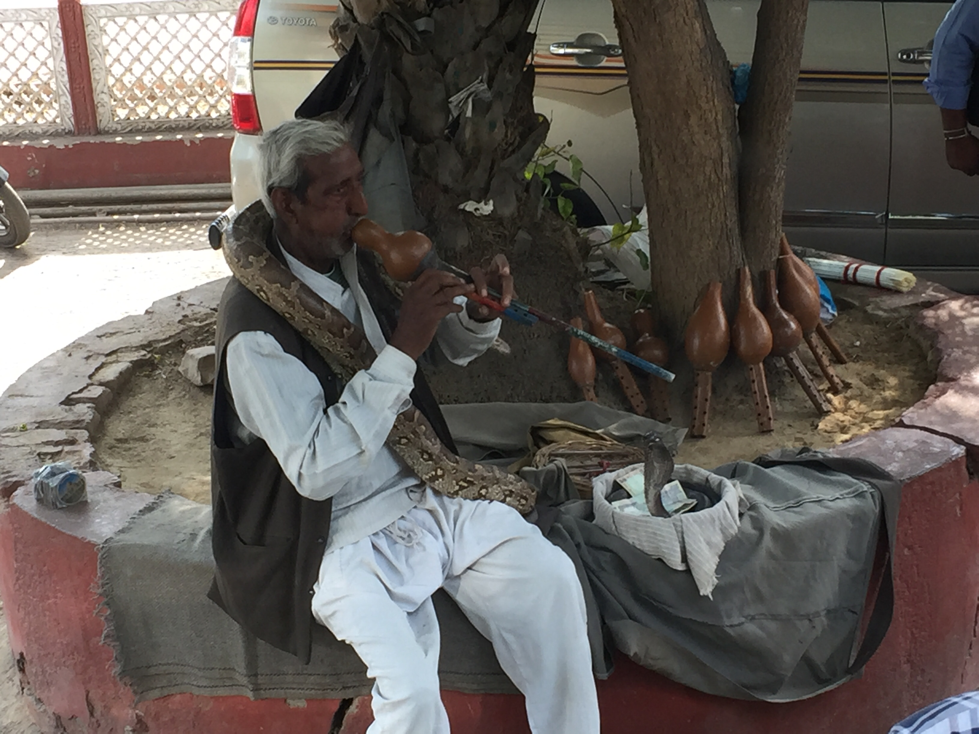 It was nice there also but really not much to see once you’ve seen the real deal . Don’t get me wrong , if you’re there you should go and we did . We even took our shoes off to go into the mosque where some of the guys tossed money at some homeless people down below which is where we saw old people hitting kids for the money then grinning with all their collection of bills :( its sad and I really regret seeing that . The river behind the baby Taj is filthy yet seems to be the lifeline for many with farmers walking their sheep and cows wandering and kids playing in this filthy water way . There is not much beauty in India . I am gonna be blunt about this . Outside of the monuments all you will see is begging and garbage . That’s that . A few of us spoke about how to fix it and the only way would be to educate the people . I’m not sure they realize what they are doing to our planet . But I do know what they’ve done is probably not reversible . I don’t think people wake up and think about cleaning their yards here , ever !  They just throw garbage freely everywhere , and piss and shit everywhere . Zero fucks given . It’s horrible . 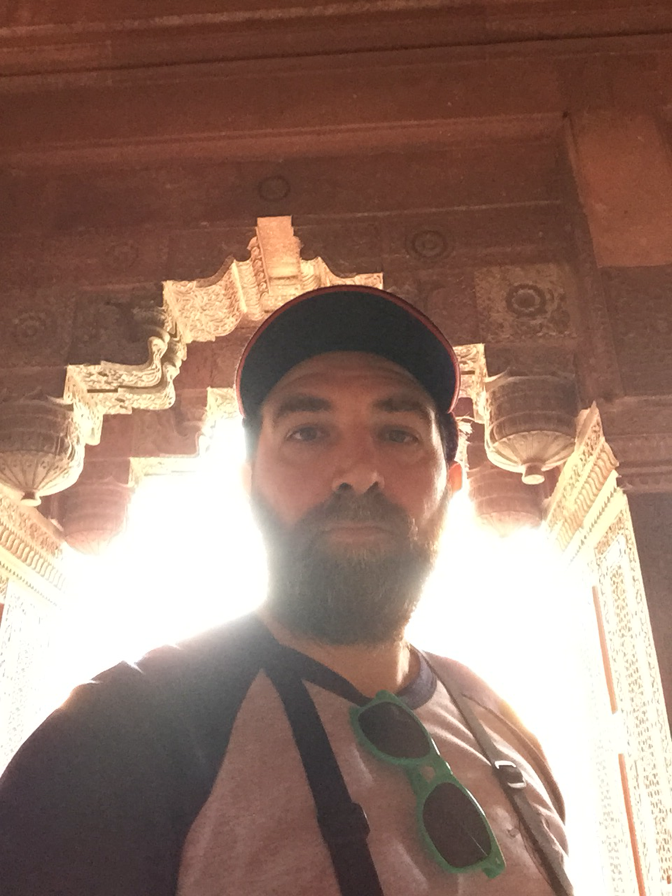 After the “baby Taj” we were asked if we wanted to go to a market which was received with an astounding no from the better part of the group and then asked if we wanted dinner organized which got a louder response of NO !!!! I think everyone caught on to the trickery and I’m glad everyone said no . We got dropped off at our hotel and everyone went into chill out mode . I went out with a few of the group to get a bank machine across the street and that was an ordeal . Crossing this road is scary business . While I was in the bank some of my friends got us lured into a shop with the hopes of finding me a flag for my bag , I of course was skeptical and for good reason . Immediately when we got into this jewellery shop I was told that they had the patch for my bag 100% and was asked if I wanted to see jewellery and fabrics and if I wanted tea and and and ..... so by the time the flag came out it was one of those cheap cloth ones on a stick which they fully knew I didn’t want but still offered to cut the flag to fit my bag . All I said was “you want to cut your flag ?” And next thing I was bee lining it across the street to go back to my room . I’m sick of this shit . 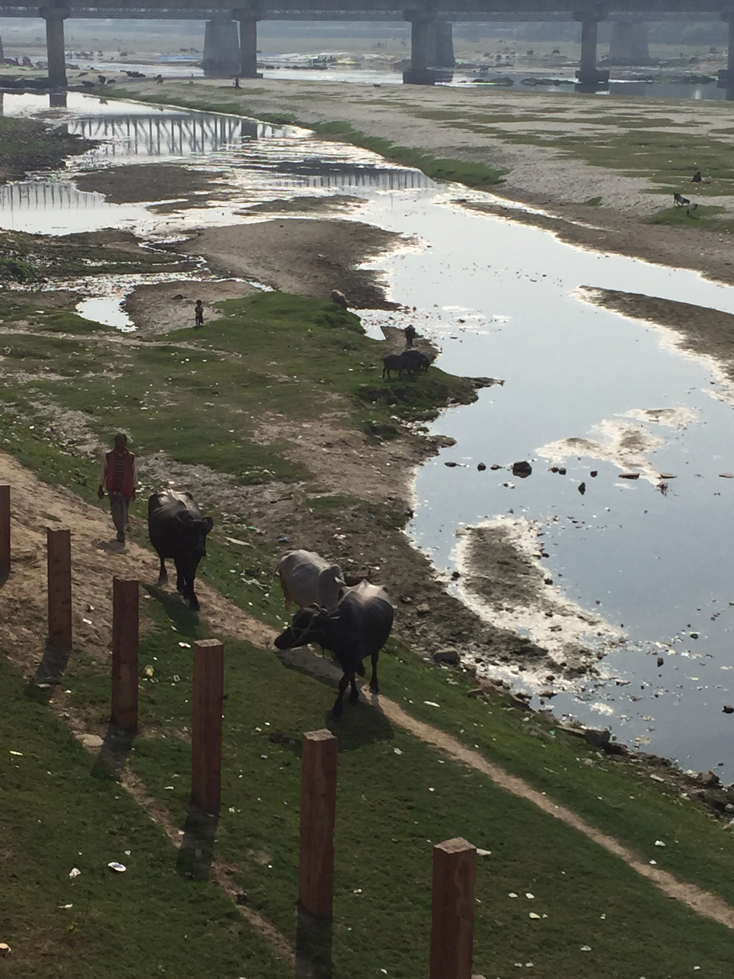 That night we went to Pizza Hut and yes you guessed it .... it sucked ass ! I ordered a Miranda drink which took 15 minutes to get and I ordered chicken wings which sent me running to the toilet where I gingerly made my deposit .... it’s been about 6 days since I’ve kept food in my stomach and I’m starting to lose my voice now and I’m actually spitting up blood . I neeeded some much needed rest . Hopefully I don’t have any major health issues but regardless I’m not gonna find out here if I do .... if anything I will wait until I get to Germany or when I go home in 10 days .... I told Kathleen that night that if I die to make sure to get my body home . Yes I do feel that rough :( 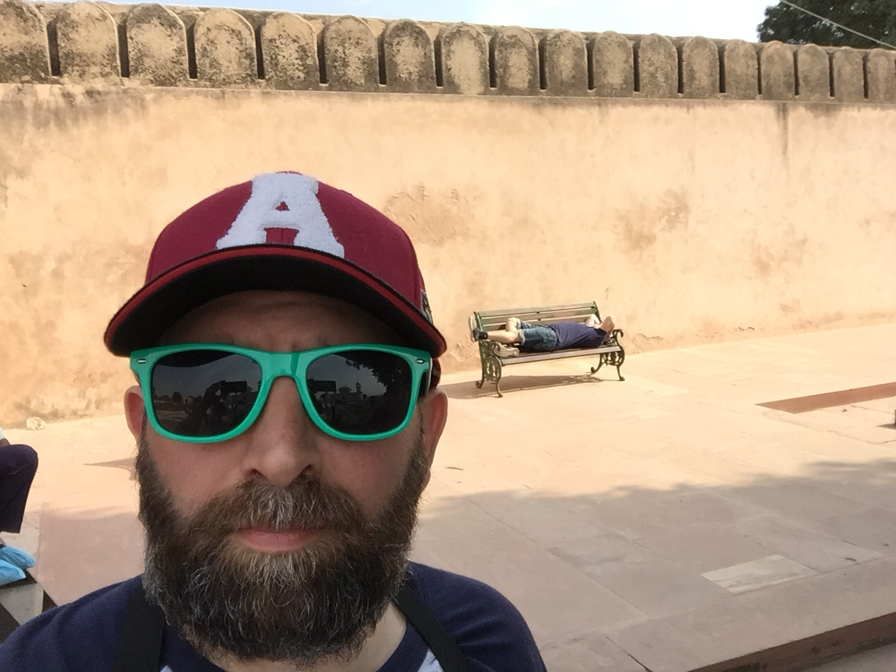 Posted by The Travelling Goalie at 12:29 PM