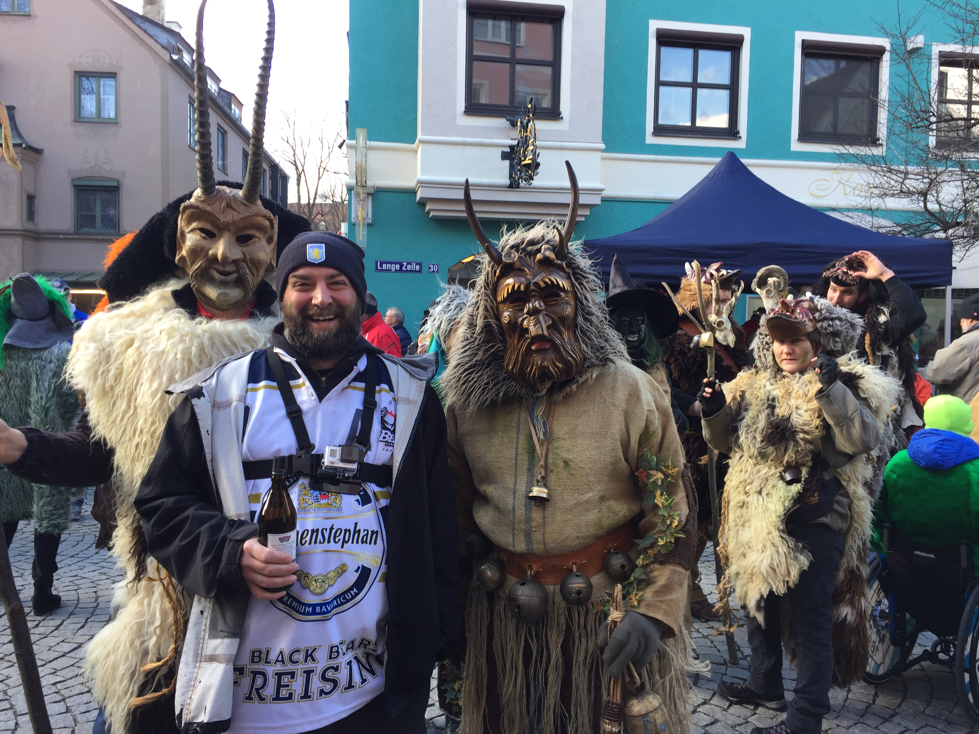 Yesterday I woke up just outside of Munich near the airport pretty much in a town called Erding where my good friend Andi Tanzer lives .... he is better known as The Tanzmanian Devil lol 😝 there is a carnival in town which I think is happening all around Germany 🇩🇪 it’s called Fasching and the idea is that people get dressed up to scare the ghosts back into the swamp or that is what I gathered that the tradition is like that here . It’s basically like Halloween . Erding is a small town where everyone seems to know each other which makes the experience even better because you know there won’t be any bullshit or anything . 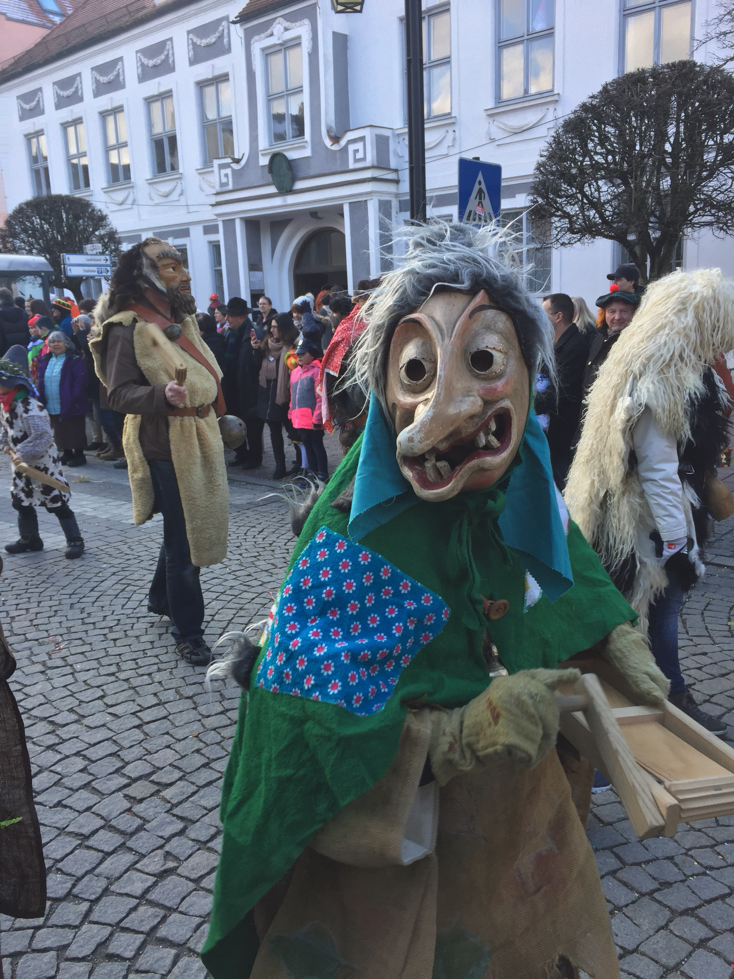 I guess around lunch Andi came over and we headed into town first for a quick bite to eat . I had McDonald’s for breakfast and opted to have a nice salad for lunch , nothing too heavy as this was gonna be a beer filled day .... a really good beer filled day at that . The sun was shining and the beer was flowing as I had my first pint with lunch , that was a nice darker Erdinger which was quite smooth and the waitress gave us a peach schnapps after we paid our bill which was very nice . Can’t remember the name of the place we had lunch but the service was obviously excellent and I was happier then a pig in shit hehehe . When we left we went to drop Andi’s car at his moms place and he put on his monk costume which was funny to see .... I dressed up as Marcus Mooseder :) wore his jersey basically . I know he will get a kick out of reading this and knowing I told people I dressed up as him . Moosey!!!!! 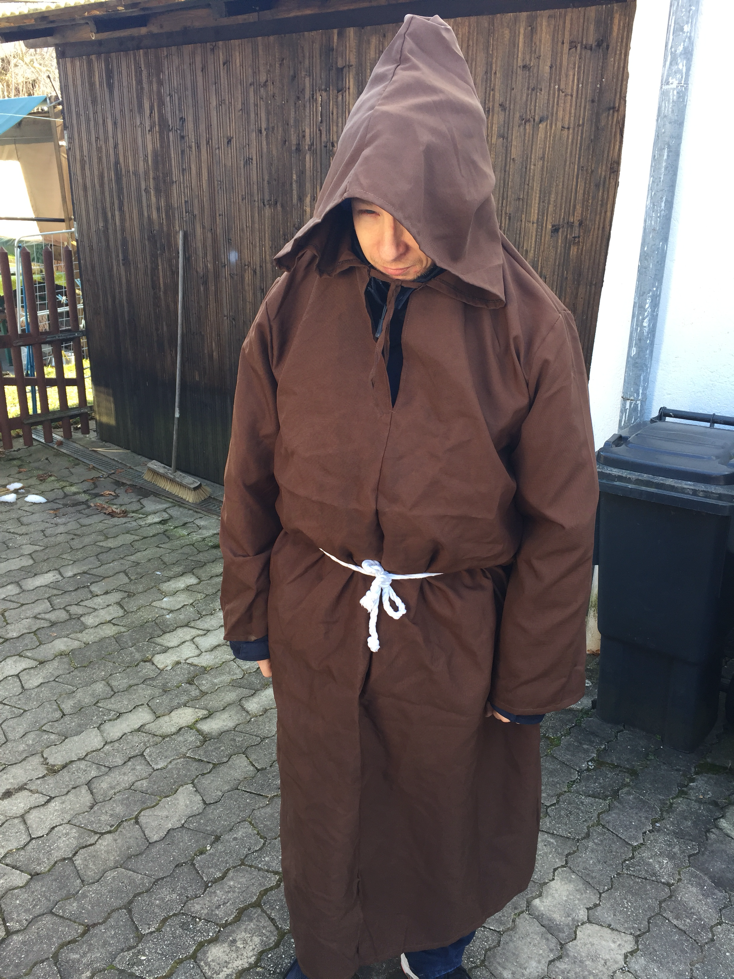 One of the traditional things going on is that the people wearing the cool costumes that are parading back and forth down the streets are putting green paint on everyone . In the pic at the top of the page you can see me getting my paint job unsuspectingly . It was really nice to see kids and adults all having fun and getting cozy with either a gluhwine or a nice pint 🍻 I prefer beer and am not a fan of this heated wine but that’s my personal preference . We bumped into a few of the locals that Andi knew and I generally met some good people . Oh it was so nice to be drinking on the streets in the sun but when the sun started going down it started to get cold so we went to this bar called Mamma’s which had a wall full of bras . Things got messy there ... 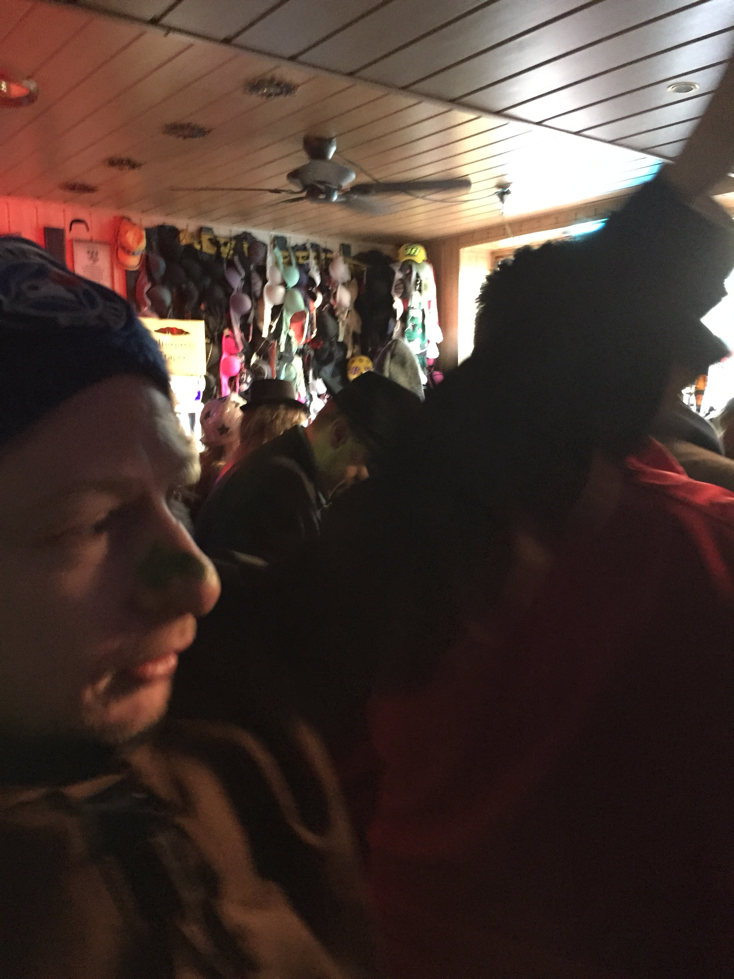 It was still daylight out but the party was already kicking off and man those beers went down fast ! By the time it was dark the bar was rammed and the German music was jamming . Then the DJ played Daddy Cool and I hit the dance floor . I went buck wild and had so much fun . Everyone started talking to me since I guess I was the non German guy dancing like a mad man . Damn I love that song .... my guilty pleasure is listening to Boney M :) good party music . Not too sure how many beers I drank but I know it was loads . I’m still feeling the effects of jet lag and still have this crazy cough . Regardless I was hammered and Andi completed his mission to get me wasted in Erding . Thanks buddy . Somehow he got me in a cab and I got my ass over to McDonald’s for a late night snack , ok more like a pig out but I don’t remember much . The evidence was there today .... sitting on a train now writing this ugh ! 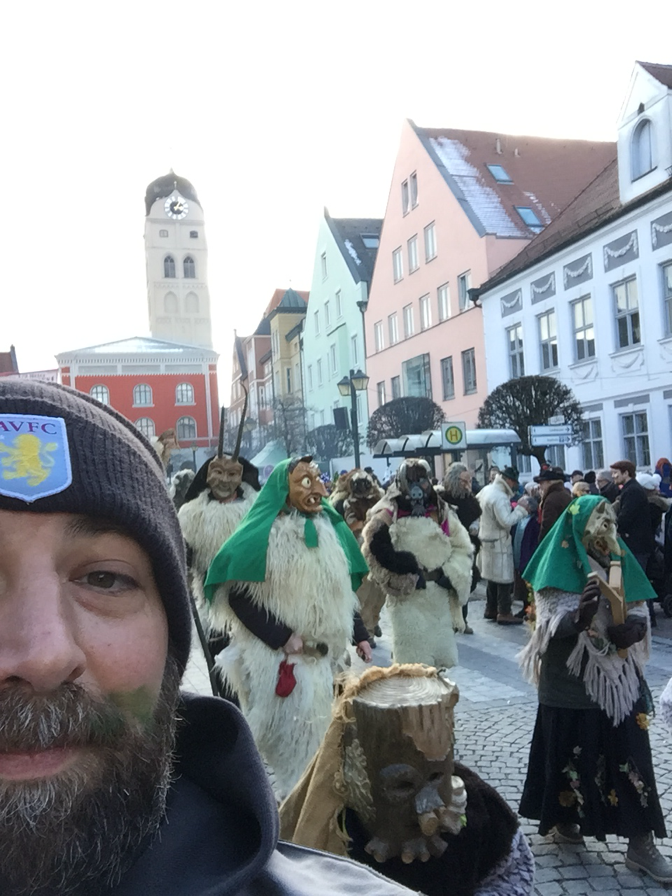 Anyways I wanna thank Andi for showing me a good time and getting me on the ice here in Erding . I would highly suggest staying at the Ibis near the airport also which was suggested to me and all I can say is Erding was fun . It was nice to meet some new people and I hope everyone’s hangover is not too bad . Things got crazy for a school night lol ! Prost ! 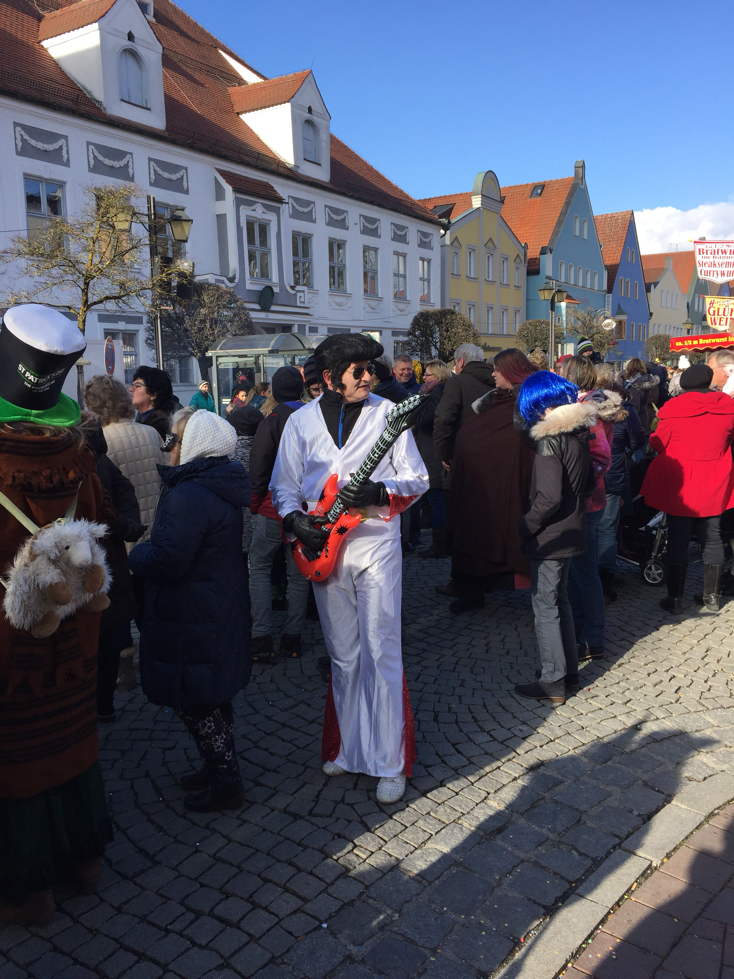 And Elvis is still alive :) he’s in Erding !
Posted by The Travelling Goalie at 7:12 AM