Heading out to meet Kackvogel ( Rainer ) in Frankfurt leaving Toronto on Jan 3rd , arriving in Frankfurt at 7 AM and jumping onto another flight for Stockholm , Sweden .  That same day we will be getting onto an overnight ferry to Tallinn, Estonia where the true adventure begins .

Arriving in Tallinn on Jan 5th i should be pretty wiped out from all the travel , but i don't have any time for this or that as we are heading there to play in a tournament which starts on Jan. 6th  . After the tournament we are planning to jump onto a bus to Riga , Latvia where we will play some pickup games and go watch a KHL game ( which i am super excited about ) . From Riga we will be jumping onto another ferry heading back to Stockholm to spend a few days .

Not much booked for Sweden yet .... if anyone reading this has any connections for me to play hockey in Stockholm please let me know as right now i have nothing . Also looks like i won't get a chance to watch an SEL game ( Swedish Elite League ) , as far as i know Djurgarden is not playing while i will be in Stockholm . I am not sure if there are any other clubs near Stockholm ...i will have to look that up unless someone would like to enlighten me ?

The remainder of this whirlwind tour will be spent in Germany ! Probably gonna play a ton of hockey there ... and meeting up with some old friends to have some fun and hopefully catch a DEL game in Munich the day before i head back home .... yup another crazy adventure with Rainer . This one is probably gonna be crazier then the last one with Planes , trains , automobiles AND ferry's there won't be much time to sleep ...comfortably :)

Posted by The Travelling Goalie at 8:01 AM No comments:

2 years ago today the Ghetto Blasters team took to the ice for the very first time . When i started this team i was very reluctant but at the time i had no team to play for as the 2 teams i had played for had lied to me promising me the spot which was mine .... funny point is that i had won championships for both teams while injured and when i announced my injury i was promised that my spot would be there waiting for me when i returned . Which was not the case . Back then i was very angry with both teams but today i can honestly say thank you ! I wouldn't have started this if it weren't for you .
Since starting this team we have won a tournament championship ( Summit of the Arts ) and we won our summer league last year ( 2010 Monday night DMHL ) . Apparently the teams that i had played for have not won much since i left them and i have heard that the curse of Adrian hangs over them heavily :) .... having played for 1 of the teams since then it is something i was told in their room so i am not making this up ... LOL .
I started this team on my own , as there are a few guys who will tell you that they helped me .... really there is only 1 guy that helped me ... giving the team a name , finding players, making logo and just being a great all around Ghetto Blaster ... Greg Majster i would like to thank you for all of your help . Unfortunately Stro has moved on this season and is no longer on our roster but remains a great friend to me and the team . Hopefully we will see you at the Ghetto Classic this coming summer.
Speaking of the Ghetto Classic , another amazing part of starting this team 2 years ago ! This tournament sprouted out of all this ... one night sitting with one of the guys Stro brought to the team , Chad Dobbin ! He told me it was always a dream of his to start a hockey tournament , so we did .... it started as 2 teams getting really drunk and playing a 3 game series to last year having 6 teams and hopefully this year with 12 in 2 divisions ...
Last but not least we have went through roughly 80 skaters in 120 games thus far . I would like to thank each and every one of you for contributing in some form or other . It has been tough constantly finding new skaters to fill this squad with players quitting , getting hurt , moving , leaving for other teams and last but definitely not least for fighting on our own bench with our own teammates ( those guys got the boot hard LOL ) .
The future looks bright for the team , we have a winning record in our winter league this year . Planning to go to Europe ( Tachov, Czech Rep.) for a tournament later on this year and looking into entering our squad into a weeknight league next year to add onto our weekend schedule . Hopefully this year will be as good as our last year . The Ghetto Blasters will be around for years to come .
Keep It Ghetto !
Peace 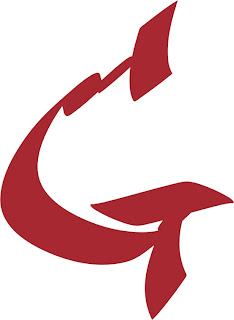 Mid November , the air is brisk .... had a late skate on Friday night which brought me back to some old memories when we used to go to Lambton Arena for the late skate on Friday nights .... this was before i found out what alcohol was and back in my hay day of bringing girlfriends to the rink LOL ... oh the good ol days ! Got to meet up with an old high school friend at this skate ... Pat Pope . This guy was like mr. hockey when we were kids , he was always regarded as one hell of a hockey player . ( Yes i am trying to recruit him for Ghetto Blaster team hahaha) ....

The travel circuit for me is up in the air right now . Supposed to go to Europe in January but thus far i have yet to book a flight .... and the flight i was eyeing is now $200 more then when i first started to plan this trip . Basically i am waiting to find out if we will have enough players for the Rainman Allstars team for the tournament in Tallinn , Estonia ... pretty sure that if Rainer gets enough skaters then we are on , if not then shitty ... hopefully some of my friends from Finland will join us , if you are interested let me know !

Speaking of Finland ....a friend of mine whom i met in Germany last year named Tuomo Joutsenoja wrote to me ( well chatted with me on Facebook ) and asked me if i could go to Hawaii for the big tourney in April . Initially i let him know that i might not be financially able to make that one as i am to go to Czech Rep. the week after the Hawaii tourney .... there is a slight chance that i might get literally dragged out there LOL . If Tuomo can't find a Finnish goalie then i think i might have to go to Hawaii ( boo hoo poor me eh ? ) Not sure what Tuomo's teams name is but regardless they are gonna have an awesome time in Hawaii !!!

Finally i am gonna vent about how shitty i played last night . FUUUCCCKKK !!!

ok venting done :)
have a nice day .
Posted by The Travelling Goalie at 7:47 AM No comments: