Tonight my team (Ghetto Blasters) have our 2nd game in a 2 game series against our first round opponent . Last week we won 7-2 , we thought it would be based on total score but apparently not . So tonight the other team can get a huge horse shoe and beat us 1-0 to force a 3rd game . Yeah the 3rd game is a 5 min period then shootout ???? played immediately after . Now if you ask me based on the league being a buisness don't you think its in their best interest to have it scored as a 2 game total score ? Lets say all 5 games tonight on our rink go to shootouts ... i think the rink will be behind 2 hours by the end of it all . They are spending more money and the late game ends up starting tomorrow . Who is this benefiting ? ... the team that lost game 1 !

So i had a couple guys on my team complain to me about this format and i had to contact the league as it is my due diligence as i do run the team and want to have answers for the guys . I was told by the ASHL that they are trying to mold their playoff format to be like NHL . I replied and asked why we don't play 7 game series LOL . I was being a bit of an ass but this is what i received ....

"All two game series are a best 2 out of 3 series. This means that if your team wins you next game or tie in regulation your team would advance.

So what do you read in this ? How is a 2 game , actually 3 game without a separate 3rd game make any comparison to NHL format ? and why is the aggregate system so evil ? Really what does this format do aside from adding longer waits for game starts ? It gives the team that lost the first game a better chance to win !

Now i don't think that's fair , i asked the ref last week if it was an aggregate system and even he said no that this way it gives the other team a better chance to win series ... i asked why ? he said well if they had a bad game it shouldn't count against them ???? really ? is this not the playoffs .

So tonight we have a short bench ... if we lose 1-0 and lose in OT we are out . There is no next game for us to regroup and say heck we just had a bad game . That is something that i can't explain to my team mates when they ask about it . I asked the ref last week and i asked the league and i got the same reply from both ..... no reply .

If you ask me don't tell people you model a 2 game series after NHL format , its just ridiculous .

Posted by The Travelling Goalie at 9:46 AM No comments:

Seeing how i have been stuck on my last top 10 list i have decided to update it with a list of countries i really want to visit now .... obviously i won't add the ones i am currently looking to visit on my next trip . This list might be a tough one to actually make happen .

One of the big ones that i really would love to do is North Korea , apparently i will have to walk a tight rope to make this happen . I know of a few guys that have done it and have played there . If i can make it happen it would be spectacular .... obviously it would be combined with a few other Asian destinations .... Philippines and Vietnam are both on my list of Asian countries to visit but the big one would obviously be North Korea .... in all reality if this ever were to happen i would be able to die a happy traveller :)

There is Australia too ... the last continent ! I have played on all of them thus far except for Australia  ... i have friends and team mates from there . Definitely a destination i am planning to be visiting possibly in July 2015 . That would be tabbed on with a stop to visit old friends in Indonesia , this time i would want to go visit some other rinks in other southern cities with my old friend Jusuf .... Malaysia would be a good add on as it is also on my Asian hit list of countries i want to play in .... good friends Eu Jin and Gary there that would probably give me a good opportunity to skate with their national squad .

This one is an odd one for most of you , i really want to go to Hungary . Not just to play hockey but to meet Attila Ambrus http://en.wikipedia.org/wiki/Attila_Ambrus . They wrote a book about this goalie that was robbing post offices and taunting police for quite some time ... one of my favorite books is about this guy , The Ballad of the Whiskey Robber . Find it read it and love it . I want to meet this guy so bad ! He was released last year after 16 years of imprisonment ... what a story that would be if i could go there get on the ice and get to meet The Whiskey Robber .

It would make for an amazing Euro trip if i could go to Hungary then to Belarus to skate with President Alexander Lukashenko . Apparently he is a HUGE hockey fan ... i am not big on politics so it wouldn't be for anything other then the fact that i hear so many stories of this guy and his passion for the game . It would be interesting . Obviously if i am going this far east i may as well go to Russia ... yes Russia should be one of my top destinations to visit and hopefully someday i will .

So many places get honorable mention like i have always wanted to drive through the UK to play in Scotland ,Wales and England . Take a train through Greece , Croatia and other countries in that region . Recently i have been invited to go skate in Kenya and Egypt .... and eastern African trip would be very nice :) There is always Mexico and Ecuador where i have had contact with their club in Quito .

What i am really hoping for is to look at this post in a couple years and check off a few of the countries i have listed here ... some of the goals i have set are quite high on this list , if i can attain them it would be an honor .
Posted by The Travelling Goalie at 8:37 AM No comments: 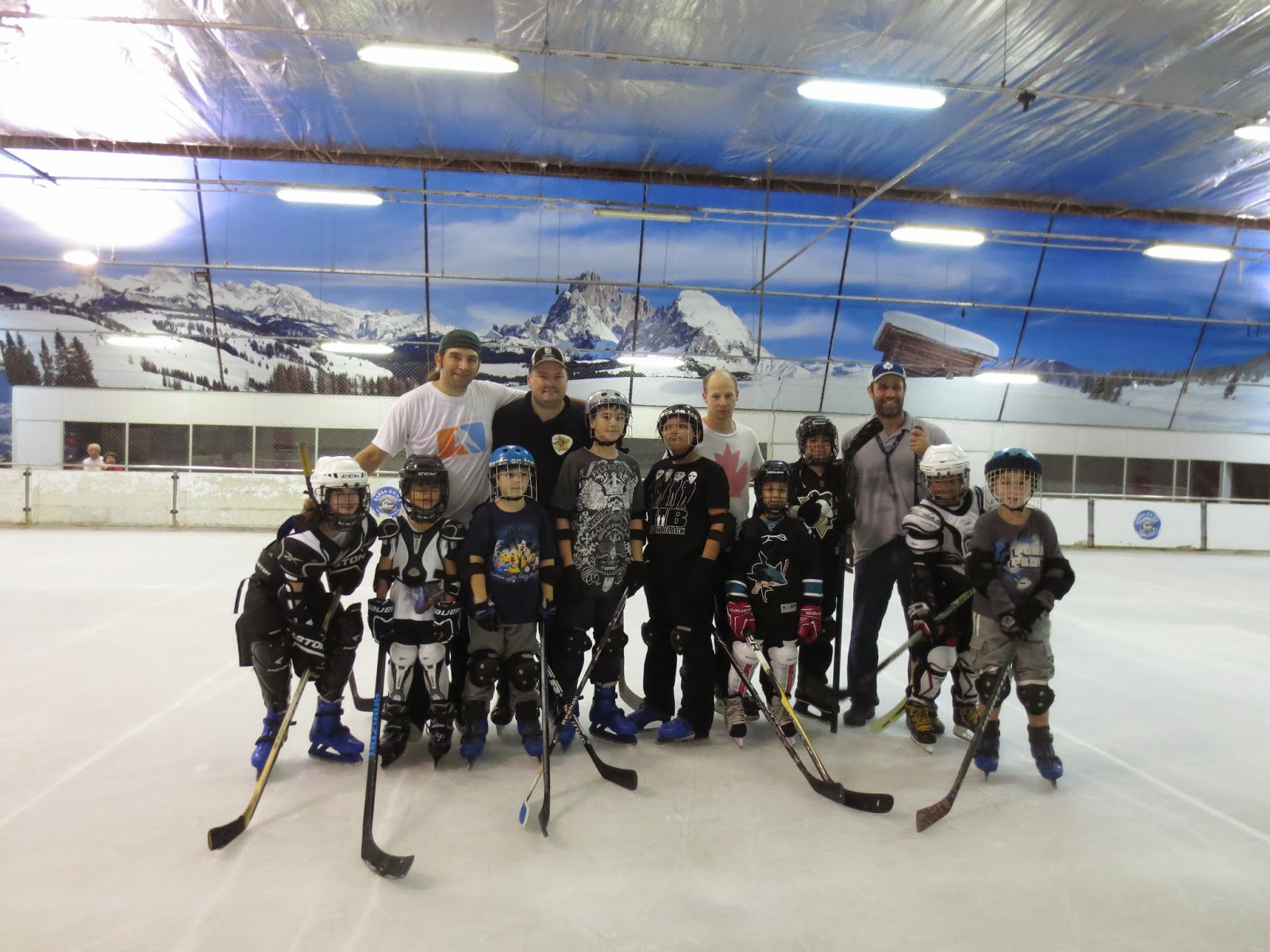 Recently i have been looking back at some of my old posts and i came across a couple that stand out but one really jumped at me and made me think .... 10 Countries I Would Love To Play In : http://travellinggoalie.blogspot.ca/2011/06/10-countries-i-would-love-to-play-in.html as i was reading it i realized i have reached a few goals in the couple years since i wrote this . I can take Brazil & Morocco off the list and then i realized South Africa & Namibia was on there . Unfortunately to my knowledge there is no rink in Namibia any more . Seeing this on my list pretty much sealed my travel plans for this next big trip . I have to go to South Africa . 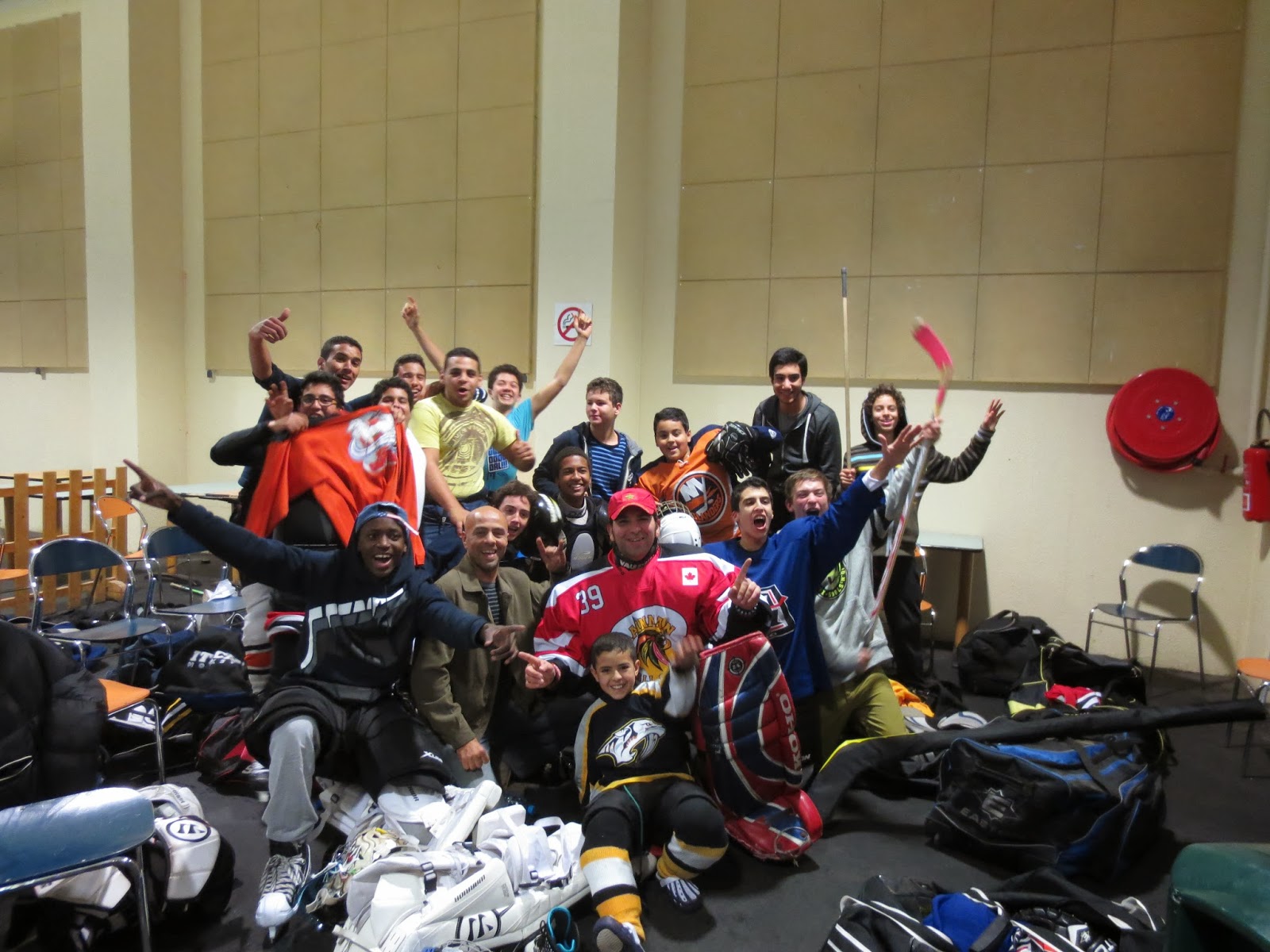 This "flashback" of sorts has really made me focus on this trip . Going back to Morocco is a key as i have promised to go back to help their kids program and hopefully this time i will get the chance to play with the adults ... apparently there are way more kids playing then adults , which is totally amazing as some countries are suffering due to the opposite results of not having enough kids . My good friend Adil has put me in touch with a fellow in South Africa named Gary Bock who has been super helpful and somehow along the way in my research of countries on the African continent i have bumped into opportunities to visit Kenya , Egypt and even the Canary Islands .... the latter works better then the others but i would more then love to combine a trip to both countries on a Eastern African trip (someday probably on my next list ) .

So the plan is to start in Johannesburg after an approximate 26 hour flight :( hang down there for roughly 10 days , head up to Casablanca and spend 7-10 days around there possibly hopping to Canary Islands then flying to Barcelona to meet the Rainman Allstars for a tournament there .... if all goes well here in Toronto work wise i should have this all paid for in the next couple months LOL . As usual it won't be cheap but it will be worth it . I am really hoping to someday see another African Ice Hockey Tournament ... our friends in Brazil and Argentina are currently enjoying the experience they are all having at the 1st Pan American Tournament : http://www.nationalteamsoficehockey.com/1st_Pan_American_Ice_Hockey_Tournament.html and just recently Macao won their Challenge Cup of Asia Div. 1 Tournament . There are enough countries with rinks on the African continent to continue growth for the game .


Hopefully my travels down there will bring some contacts together ! Together we can all learn how to play the game better :P
Posted by The Travelling Goalie at 5:09 AM No comments: