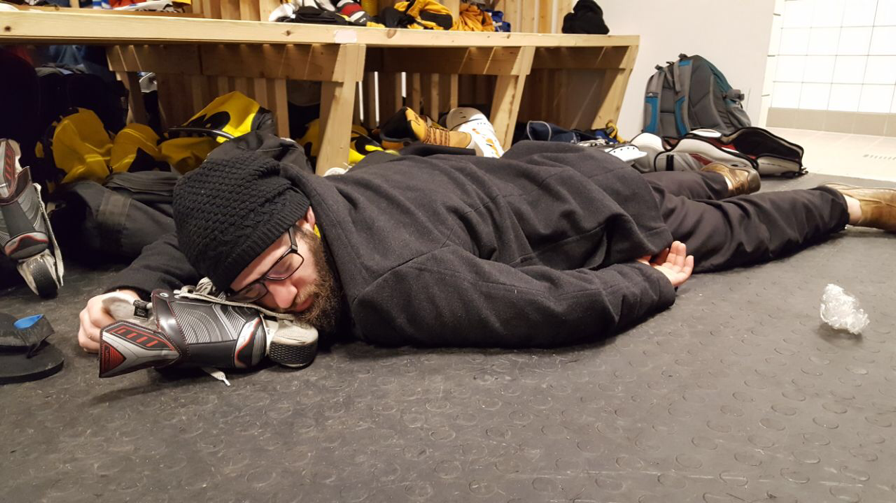 We celebrated like we won the championship already but unfortunately we didn’t . When I woke up around 9 am I could hear Rainer outside my window and I knew deep in my heart that he was just coming back to the hotel .... the truth is that yes he was lol ! Apparently he walked back from the city centre after a crazy night where he lost his sweater and his phone (again) like I always say , he brings two phones .... one for using and one for losing ! He only had that bloody thing for 2 days maximum after losing his other phone on our first day in India . Somethings never change and that’s why we love you buddy .  My room mates where in  fine form , Vess was totally sober and Andi took it like a man and battled but young Mikey was in rough shape but decided drinking more would be a good remedy DOH ! Not a great plan buddy :( 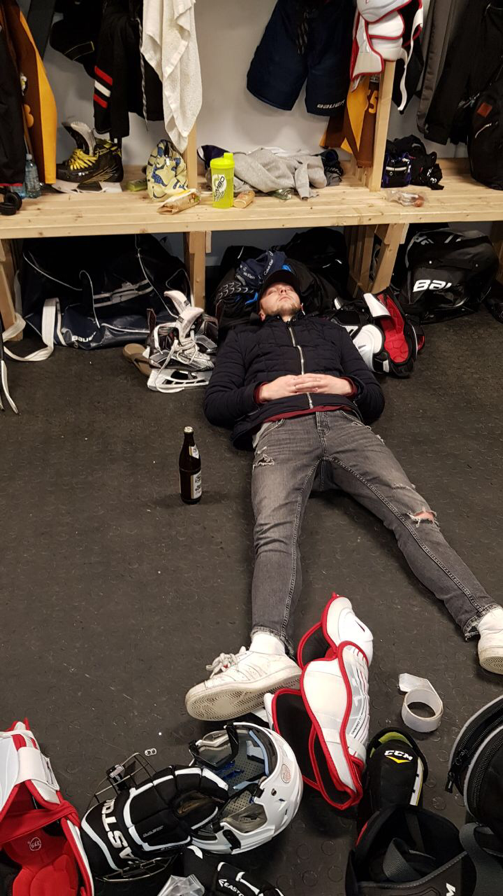 We left the hotel at 11 am as it was checkout time and our game was not until 2:30 pm which gives everyone ample time to sober up ? I was ok even though I drank my face off until 3 am but I’m used to it and I know my limits . Some guys are not as seasoned as I am and couldn’t even play in the final which sucks especially when it’s your top forward and defenseman . I saw the Swedish team that have to play that morning at breakfast and they looked fine .... I highly doubt they went hard like we did . Oh well if anything we definitely won at the bar hands down . We are here for fun but I always have this burning fire to win . The reality was that we would be playing a much soberer team with more skaters then we have . Those Swedes won their game and got to play us in the final . Deep in my heart I know I had to perform a miracle to win this game . The other matches were all on and one by one I saw the teams from our group lose to the other group and you could definitely tell the other group was much stronger . 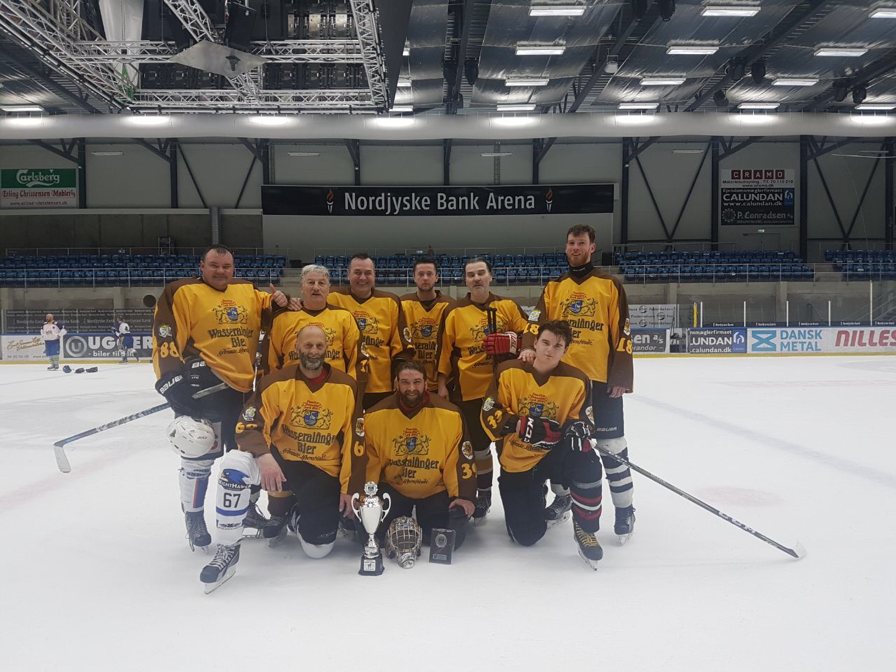 When our game started first play of the game turned into a 3 on 0 play .... if there was a defenseman there he definitely did nothing at all to help as the puck moved between all 3 players before hitting the back of the net .... and that’s when I got frustrated . The next goal I had a defenseman standing beside me in the crease trying to play goal .... that went in also . And then more defenseman trying to play goal and screening me instead of playing defense and that’s when I finally flipped my lid and yelled at the guys to let me see the puck . This game was not even close , the entire game felt like we played short handed and when I say short handed I mean 2 men short . The Swedes dominated us badly . I was peppered with shots and at the half we were down 5-0 with 1 shot on their goalie . It was embarrassing to watch my team go from contender to pretender but as I said we still had fun . So please don’t read this thinking I’m blaming anyone for any reason because you would be wrong to understand this in that way .... just saying how the game went . 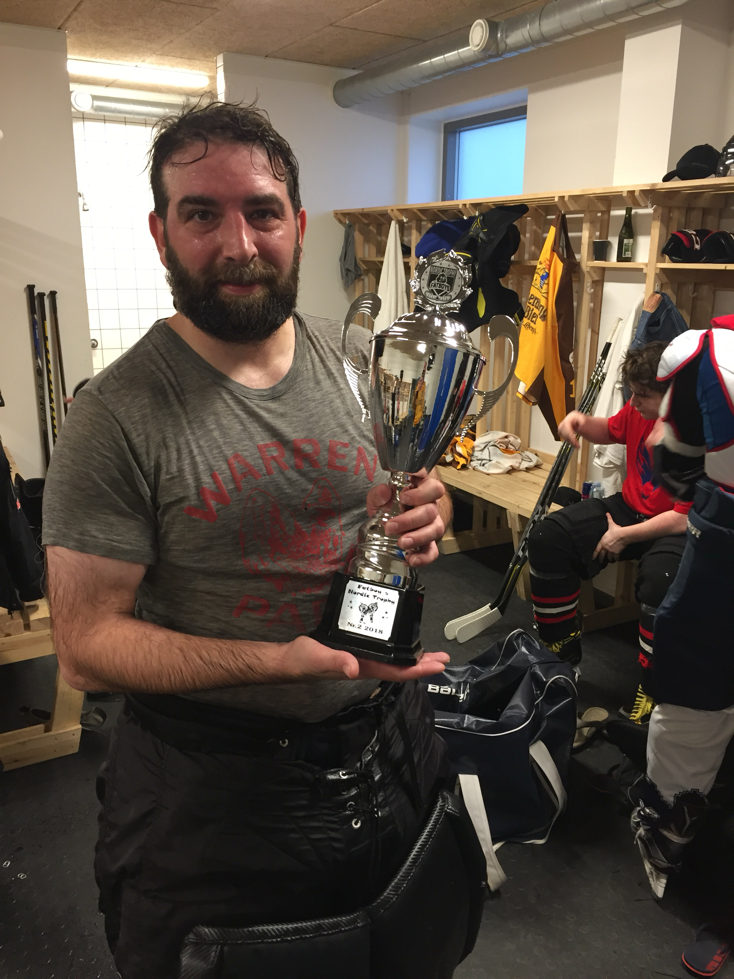 When I got to the bench I told the guys not to give up and let’s aim to at least score a goal and please stop screening me . I can’t express how much I hate it when guys try to block shots instead of actually playing their position and honestly the guys did listen and the second period was still a shit show but I got to show my skills .... I’m not joking when I say I probably made the save of the tournament when one of the Swedes had an open net and I came diving across to bat the puck out of the air and right after that I had to make another diving save to freeze the puck . If we played like this all game the outcome would have been much more different for sure . We did reach that goal of scoring on our second shot but that small victory was still no match for the score line as we fell in the championship 7-1 .... I know the stats on the board showed the shots but I’m telling you I faced 40 shots easily and the funny part was when one of the guys agreed with the boards stats and said they blocked a lot of shots again that is not playing defense is it ? Yeah it helps but it’s much better if they aren’t getting the shots off because you are playing your position properly . I know any goalie will agree ! 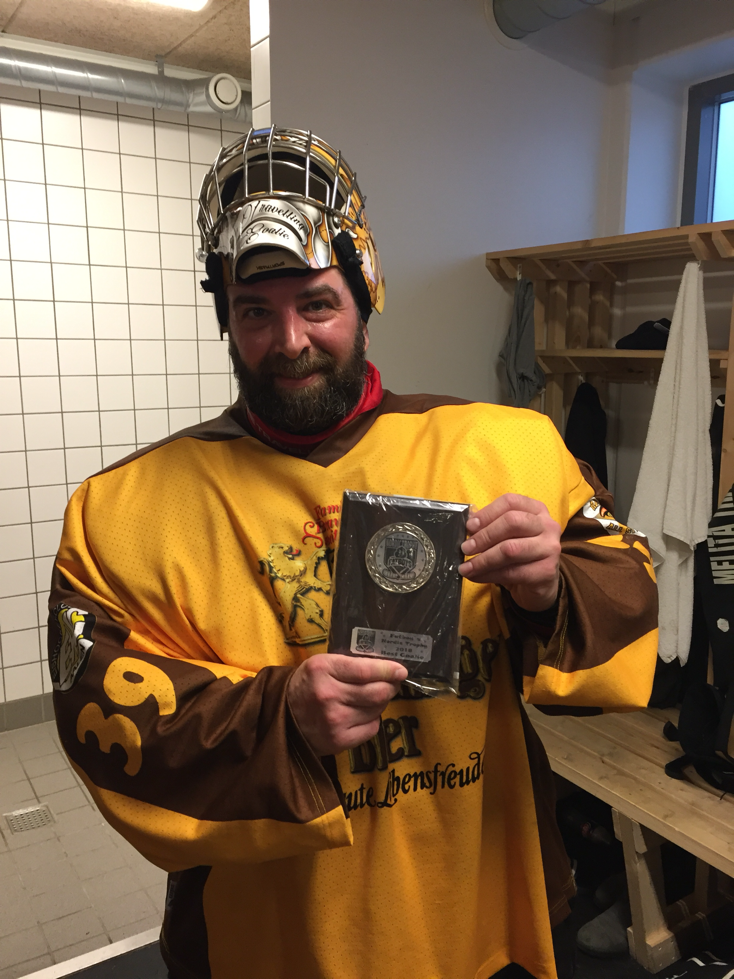 After the game we held our heads high and had the tournament trophies handed out and to my surprise I got tournament most valuable goalie which is a great honour considering the good goalies I had to face . I’m sure a few others deserved it as much as I did but I do have the bruises to prove my worth ouch ! Yeah got a stinger on my collar bone and my left thigh has a deep bruise which I’m sure will cover all the colours of the rainbow before it leaves . We were all proud to take 2nd place and then we hit the showers and got ready for our 12+ hour drive back to Aalen . The ride was pretty quiet aside from the first bit when we had a couple beers but after that it was snooze fest . Thankfully Rudy and Nobov were in good enough form to drive and they drove like F1 racers to get us back ASAP ! Thanks for driving guys .... Rainer was in no shape to drive and thankfully yak shit wasn’t shitting so it was much more pleasant to breathe lol . We stopped in Ashausen (hehehe) to grab our bags that our friends from the Night Hawks drove back for us and Mikey and Andi took off in their car making more room for the rest of us . It was a good idea that they drove to Ashausen with their own vehicle because I have no clue how we would have fit everyone and all our bags and luggage . 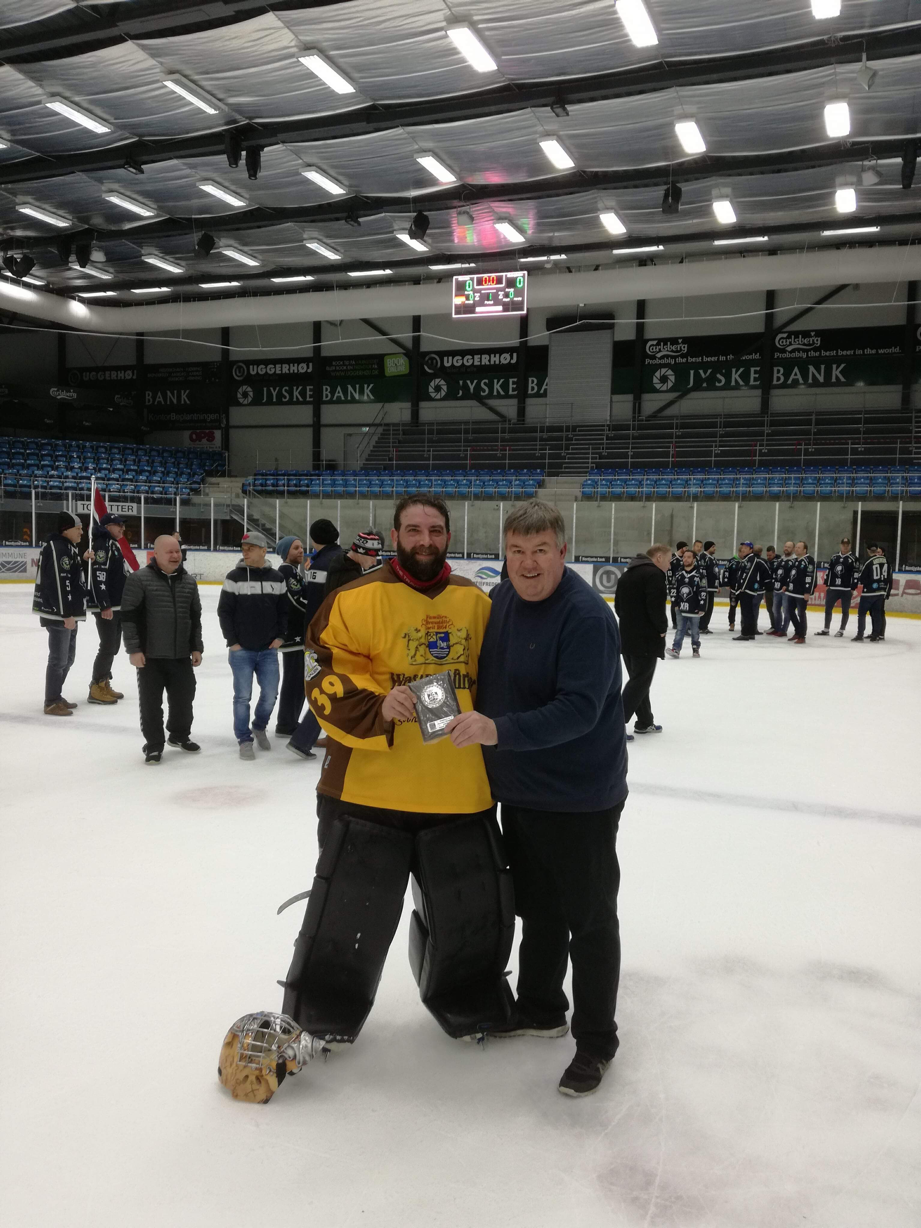 Rainer drove after we dropped Bruno , Nobov and Rudy off and we didn’t arrive in Aalen until 4:30 am and we didn’t even pull our bags out of the van . We went straight to bed . Tomorrow we or I should say today we are on the ice in Senden with our friends .... sleep is needed badly .
Posted by The Travelling Goalie at 4:19 AM