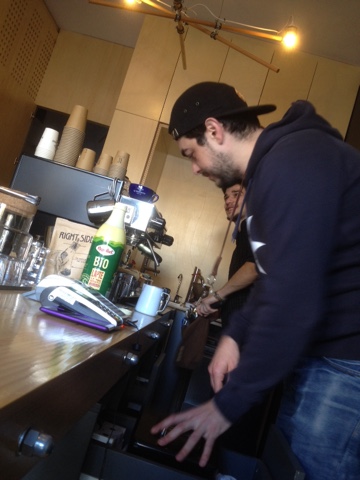 Yesterday when I woke up I had no plans at all to do anything aside from going for drinks with Nebojsa in the evening . I got him to put on that Red Army documentary again and I watched it from the beginning and man that flick was solid . Totally loved it and would recommend any hockey enthusiast to watch it .... If you don't , you're missing out ! After the movie I packed my bags and headed out for a coffee :) but not any coffee , I wanted some of the good shit :) so I went to 2 Minutes and hung out there for quite some time chatting about hockey , football and of course coffee ! This is the coffee I gotta bring home to my lady , she will love it and I totally have faith in Ionutz who is a barista through and through that learned his trade in Toronto . He hooked me up with a nice bag of coffee to take home and a few cups to take pics with . I really hope they survive the trip :) Alex saw me check in from there and came over to meet me and we had another coffee and had some great conversations with the locals . Just like a real coffee shop should be , with people socializing and enjoying the coffee ....mmmm ! Highly suggest checking this place out of you ever go to Bucharest .

Alex and myself left to go eat some pasta which a few of the guys highly suggested at the coffee shop but first I noticed a liquor store across the street and I figured I would take a stab at finding that Gin Mare that Kathleen loves and wants so badly . Just my luck , they have it :) I bought it without any hesitance and then we jumped into Alex's awkwardly parked car .... People park everywhere here ! I mean everywhere with absolutely no regard or fear of being ticketed . I mean who needs sidewalks anyways hahaha .... Over here cars park on them and people walk on streets ? Sounds right ? Hahaha ! We then headed to Osteria Ciao Niki and the pasta there was hand made in front of us and was really really good . Good enough to give me the pasta itis .... I should go home and nap before drinking . I keep calling Nebojsa's place home because he made me feel at home there :) when I got there it was around 4:30 said my good bye to Alex who I'm gonna miss . Such a great guy and good contact to have in Bucharest . Buddy I hope to see you someday somewhere and you know you have a place to stay if you ever visit Taranna aka Toronto ;p 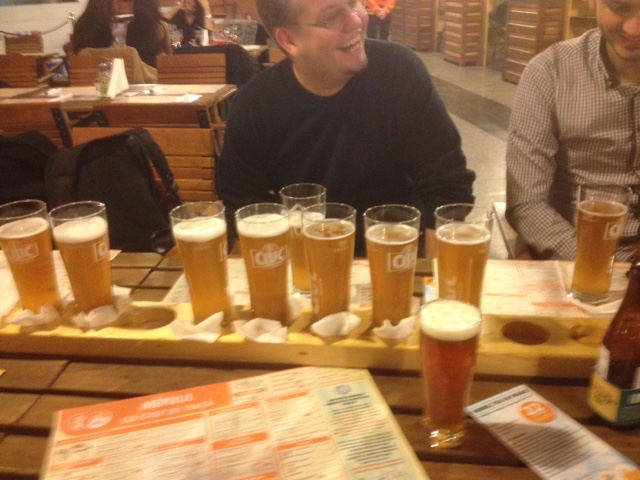 That little nap was not long enough but much needed . I thought Nebojsa would be back at 7 pm and I would have a couple hours sleep .... Then my phone rang around 6 , it was Nebojsa asking if he should come back or if I should just meet him at Apartment 13 which is the bar where it all started a week ago . I offered to meet him there . Got my head straight and walked over ... It's about a 20 minute walk at my pace :) he was already there with the guys from work and his brother showed up soon after and we did some drinking . I have to be up at 4 am to shower and catch a taxi but that's nothing new for me .... You all know how I roll :) 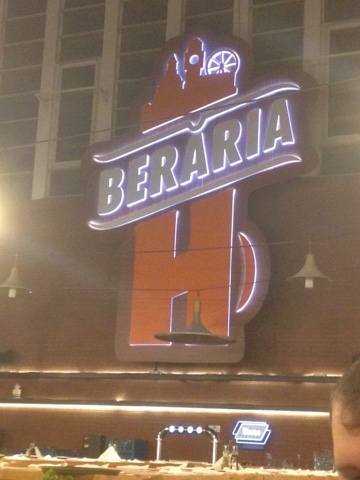 I had 3 or 4 bottles of Ciuc at Apartment 13 and we decided to go to another bar . It's in the big park that I can't recall the name of but its huge and the place is like a Bavarian beer house it's called Beraria H and it's massive . First we got lost in the park after taking the metro over and Nebojsa's brother did the responsible thing and called it a night while the rest of us trudged on through bushes and paths to finally get a beer , or 4 :) the guys ordered a metre of beer which is 11 pints on a meter long board seen above . They got the Weiss beer and I don't like that stuff so I ordered an IPA which was quite good . I think I had 3 or 4 there also so I was pretty buzzed . For some reason one of the guys had a craving to eat and we went to a KFC that was closed then instead of staying in the taxi we got out ? Walked around to find a 24 hour shop and they grabbed burgers and at this point I was tired ! It was already about 1 am and I saw a taxi and called it a night . Sorry guys I needed the minimum sleep to deal with my bags at the airport :( I felt bad because they wanted to go back to there place and I just felt like the night was beginning to drag on . Not that I didn't want to stay out it is just that I have  to feel a little bit decent for my flight which I'm on today at the moment (feeling like shit) . When I got to Nebojsa's I didn't waste any time and hit the sack . Thank you Michelin boys for a great night ! You're a really good group of friends that I had a lot of fun hanging out with . We definitely had some interesting stuff to joke around about eh :) 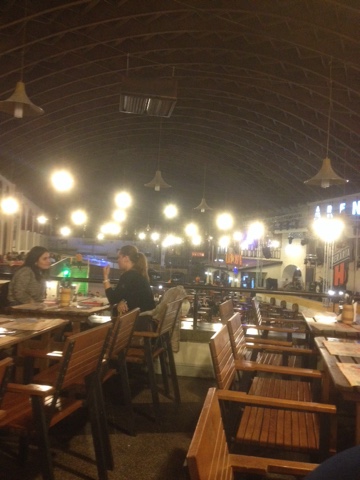 Posted by The Travelling Goalie at 4:10 AM