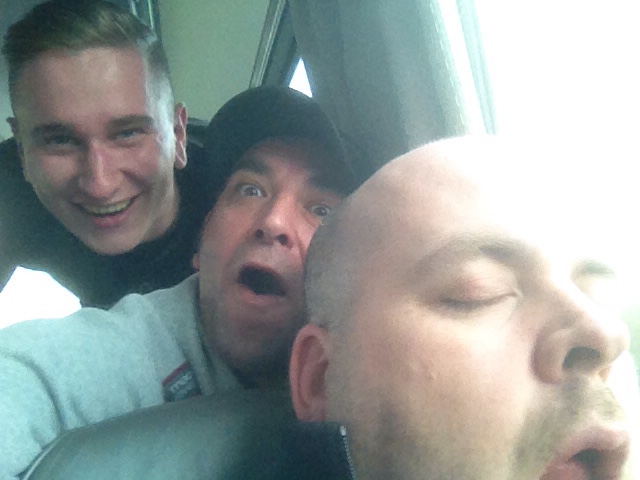 Before I start let me first say that this was the best away day I've ever had .... My morning started with Mike Steede and Perver coming to pick me up at Jurys Inn at 7:30 am . And yes I was already drunk from the night before . Left my hockey gear at the hotel for the night as there was no way that massive bag was coming on this trip :) the guys were a bit late and then we headed to get Reece ... This guy is so frigging funny that it hurts just thinking about him ... A very unique individual he is and we all love him for tha . Not taking anything away from the 2 other wanka's lol ! We have to make our way out to Land Oak in Kidderminster and Mike is driving but we need to A) get beers for the road and B) eat something .... First shop we saw open had their beer fridge raided by the bunch of us ... Food ended up being off a chippy truck at the side of the road .... Somehow they fit 2 eggs , 2 sausage and bacon on a sandwich that I consumed in a very fast manner . It wasn't great but we need to eat before we start drinking ....  And that started when we got on the bus ... Ok it's a coach Mike 🤗 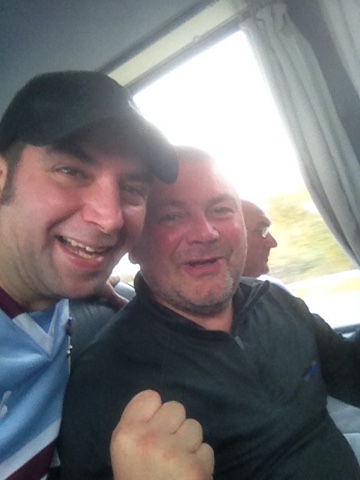 As soon as we met up with the Kiddy Lads the race was on ... To get totally pissed . Ok maybe it wasn't a race up front but we are the back of the bunch lot and we got pissed by the time we reached the first stop to pick up a fellow supporters group . Not gonna mention em as we didn't really socialize with them too much ... Doesn't matter we have each other and lots of beer and cider . I got on the cider cause it was cold and k have to admit that Kopperberg stuff is fruity but ain't so bad . 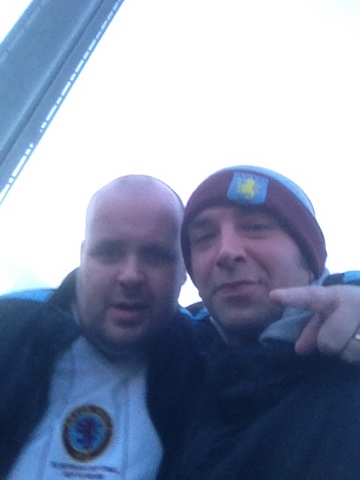 The banter was fantastic on the bus . I mean I must have smiled or laughed the whole ride . Some of us got knackered and took naps and yeah a few nice photos were taken ... I expect the same if I pass out on the coach (bus) see how this works Mike ? Now people think I passed out on my coach ! The guy on my team on the bench screaming at me not the thing with wheels that took us to Brighton ... Argh ! And I fully agree with Reece that a kit Kat is a biscuit not a chocolate hahaha ... Is it a biscuit or a chocolate ? Leave responses please . 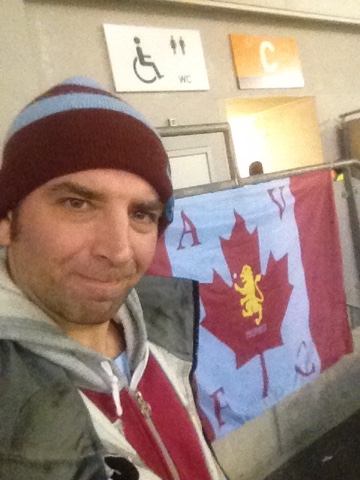 We had to make a stop for the (bus) coach driver to take a mandatory 45 minute break ? Yeah they get breaks after 5 hours here ... Not like back home , workers have rights here :) of course we stopped into a posh little pub that were absolutely horrified when us footie hooligans popped in . I think I had 3 pints and 1 or 2 shots there during that 45 minutes :) had to keep hydrated ya know ? Back on the coach , back of the bus and back on the piss ! I honestly have no clue how much was consumed on the bus (coach) but it was a lot and by the time we arrived at our sea front hotel I was tanked . 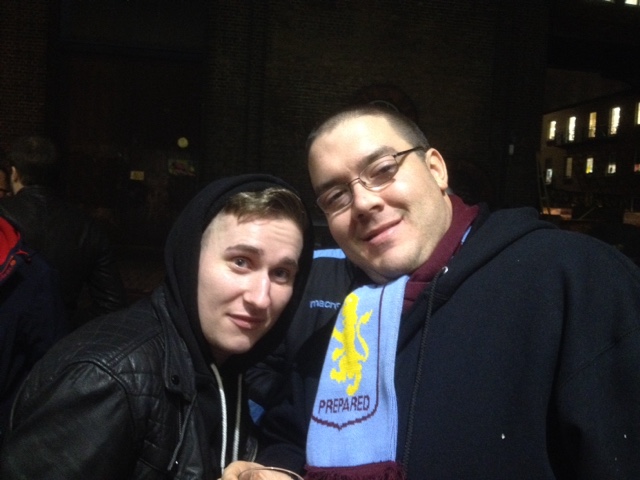 I shared a room with Peever . He was sober enough to check us in and got our keys and I'm sure we were both praying for two beds ..... And then you open the door and , and , ???? Thank you God ! There are 2 beds !!!!! Mike and Reece got the cuddle room with 1 bed hahaha ! I think I mentioned I was drunk right ? Didn't even remember what room I was in when I came back to it .... Yikes , surprised I remember any of this to be honest :) 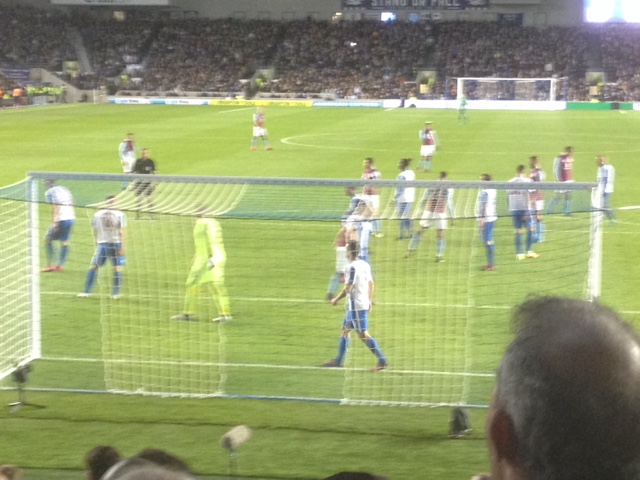 We then went to grab some grub at a fish n chip shop .... I don't like fish so I got chicken wings . Then I got shit on .... Yes I got shit on by a bastard seagull . Almost shit on my food too ... Apparently I'm lucky one didn't swoop in on me for my food lol ! Stupid tourist hahaha ! We then made our way to a Brighton supporters pub were I felt like we shouldn't have been but apparently is a pub that welcomes away fans too ? Didn't feel like it when I went to the bathroom that was plastered with Brighton stickers and all the friendly smiles I wasn't receiving as I wore my colours with pride ... Yea pride , Brighton hahaha ! 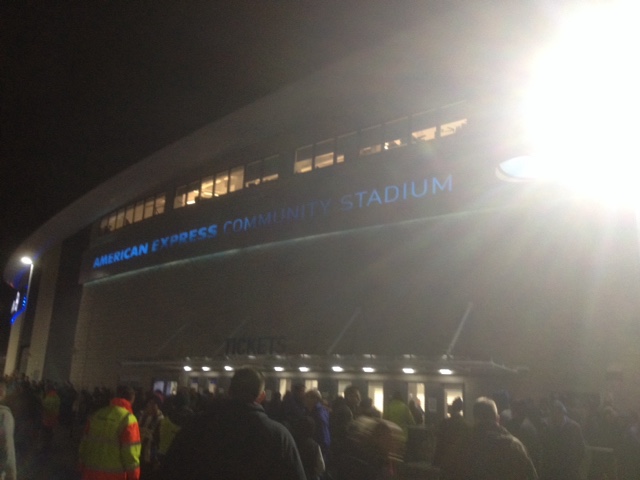 We took the train over from that pub to the ground . Free train with ticket :) not bad aside from the fact the train is on a partial strike .... So less trains . I know it's a bit messed up but the idea is great . When we got to the stadium I was amazed at how nice it was ! Gotta admit it when it's true and what a contrast from the shithole St. Andrews . Total opposites . I was hungry so I grabbed a pizza and shares it with everyone and then things went absolutely mental in the concourse !!!!! I'm still buzzing thinking about how all us Villans just went crazy singing and jumping and flares and wow .... Look it up online and you will see videos . Most ridiculously amazing feeling I have ever experienced by a mile . Everyone went mental . Beer flying everywhere . Peever lost his wallet and Mike found it along with someone's keys :) just imagine a couple hundred drunk Brummies going totally off !!!! Wow . Everyone needs to experience this . 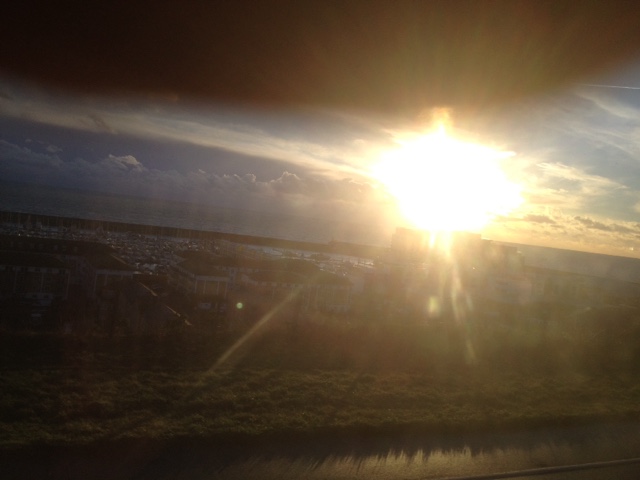 We had a moment of silence to kick off the match which some of our supporters interrupted as they were coming in the stadium late and didn't know what was going on .... Next thing you know we scored !!!  Peever jumped on me and I swear he bent me backwards and somehow I held us both up ... Don't ask it's one of those things that shouldn't be physically possible ... Maybe it was the alcohol ? Unfortunately Brighton tied it up at the 45th minute and went into half time  with the boost . I sat in my seat for the half time as I needed a bit of sobering up . The next half I am sure that all those cocky Brighton supporters were humbled as we totally owned them ! They had some serious luck on their side . Maybe they were shit on by more birds then I was that day ? We hit a cross bar and their keeper made two amazing saves to keep them drawn .... I think we all knew who the better team and better supporters were that night . After the match we cued for the train and waited 45 minutes to get back into town . By that time I was just plain tired and when Reece said he was going to the hotel I decided the same . Brighton was hopping too . It's a party town ! Too bad I partied too much earlier . And that was that , couldn't have asked for a better away day even though it was a 1-1 draw . Felt more like a win :) UTV !
Posted by The Travelling Goalie at 12:22 AM