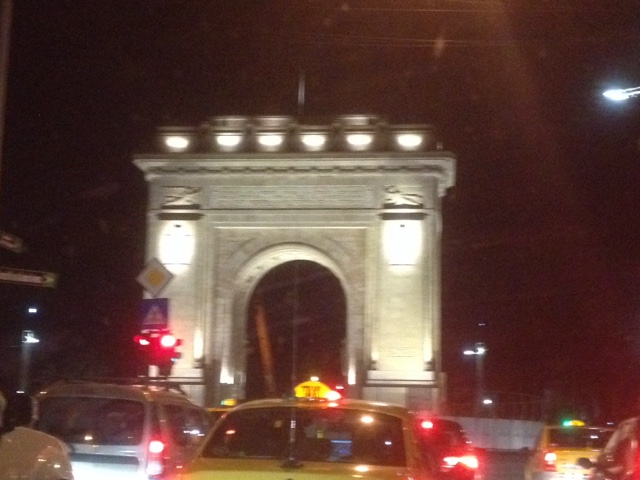 It's funny that someone mentioned something about my photo game ... Sorry guys I am a travelling goalie not a travelling photographer . I don't carry around a laptop or a fancy camera and without either I would not be able to post beautiful pictures . I travel with a goalie bag and play ice hockey :) the photo game is not my thing so please excuse my photos as I'm always on the run and hardly have 2 seconds to stop and take pics . Someone also mentioned getting a selfie stick recently and I'm not sure what to say aside from , I don't know where I would put that thing .... Do you really know what it takes to do what I do on my own ? Try it someday ok :) please take an overweight hockey bag and a bag of sticks then jam enough clothes in a backpack and travel the world .... Then we can talk . I'm a bit cranky today . 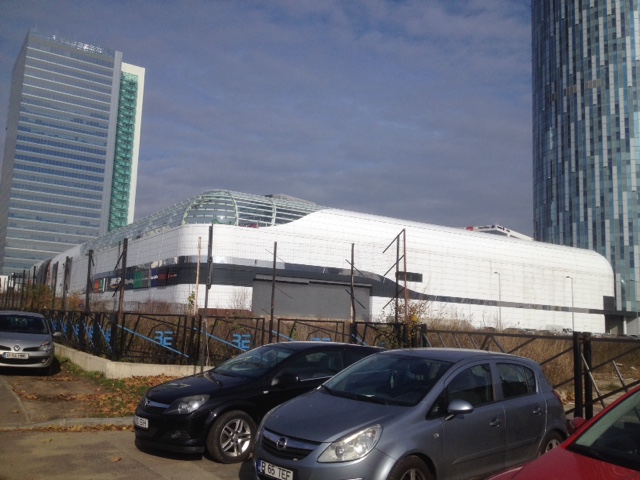 Yesterday I woke up and went out to the mall which is about a 20 minute walk from Nebojsa's place and I've never been happier to see a Starbucks . Just need a good cappuccino to get me going . I'm tired after the last few weeks feeling a bit under the weather and I'm no longer touching alcohol as I've been way too drunk on this trip with a total lack of sleep . I might need a vacation from my vacation so yesterday I was glad to do pretty much do nothing . Did a bit of shopping for Kathleen yesterday ... I really do hate malls but was happy also to get my hands on some KFC until I bit into it and some grease squirted out of it across the room :( yuck . It was gross but I still ate it and no it didn't make me feel better . Obviously the race was on to get back to Nebojsa's as I wasn't feeling great but probably better then the gypsies living under the sewage pipes ? Or was it aquaducts ? I'm not sure but I felt bad taking these pics .... Which I was in a hurry to take ! 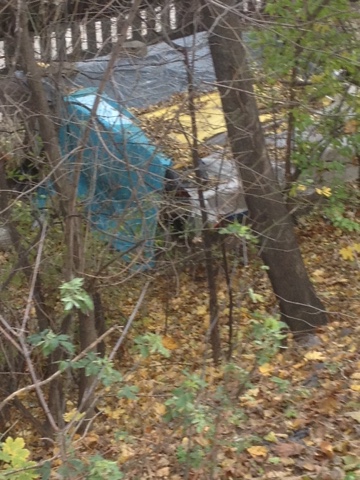 Again let me apologize for my lack of high tech film gear that I have no room to carry :) film snobs eat your heart out ! So when I got back I passed out .... Yes that much needed nap which i was craving . 3 hours later I woke up and it was getting dark out and I had to go out to the market to grab food and beers for my host that I promised to get before he came home from work . When I left the apartment I was dizzy and disoriented , totally out of it . Felt like a bag of crap but I apparently have this ice time tonight which popped up out of the blue in the morning as I was asking for info for my skate on Tuesday night . Apparently there is an outdoor rink here that I was invited to play on at 10 pm . Even though I'm out of it I can't wait .... So food is needed to . When I got to the Kaufland I was still disoriented and walked in and didn't grab a cart so I went back to the parking lot to get one . Somebody helped me and I grabbed some bread , meat , cheese , Ciuc beer (as requested) and some Mirinda orange pop .... I love Mirinda !!!! 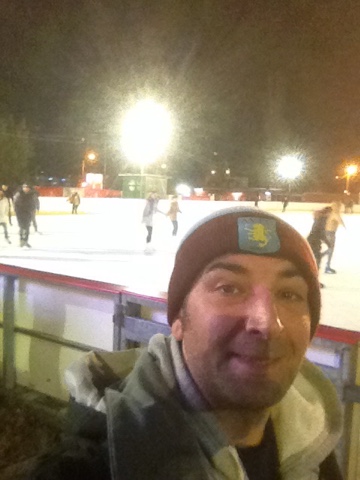 Got back just before Nebojsa arrived home from work and we had a good long chat about international ice hockey which I really wish I had more people at home to talk about this stuff ... Unfortunately most people at home think hockey is only played in the NHL ... Zzzzzz .... My time to shine arrived and I ordered a taxi and headed off to the Patinoarul Drumul Taberei after explaining to my driver where to go and undoubtedly getting the tourist treatment with a detoured tour of the city ??? Yeah these cab drivers are shit heads ! I kept asking the person who invited me where it was and what was actual address and I know the driver was bullshitting me but this is what you have to deal with when you are the foreigner that doesn't speak the language :( i was more then pleased to see an NHL sized rink here even though it was outdoors and immediately saw the giant screen that was not covered and wondered how many pucks it would take to smash it ? 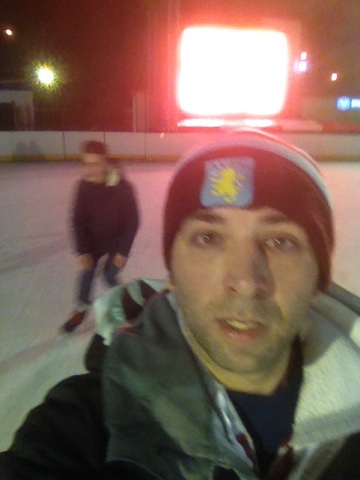 I found my way to the dressing area and didn't see a single hockey bag ? I messaged the person who invited me and she wasn't replying ? She didn't reply earlier either ? Wtf ? 2 guys approached me and said there was no hockey here .... I was not happy . Not happy at all !!!! It was one of those moments that I wanted to just turn into the Hulk and destroy everything but I kept my cool and spoke to the guys to get a better understanding . Alex is one of the teams captains for Torpedo which was the team due to practice there . He explained to me that they needed to put netting up to protect the big screen and the bar beside it ... Totally understanding but why didn't anyone tell me this wasn't gonna happen before I went on this wild goose chase ? I was still upset and Alex was really cool and offered me a ride home and said we are practising tomorrow in the mall on the small ice as he was taking off his skates . That made me even more sad knowing I wasn't gonna get on the ice :( so he put his skates back on and we went for a 15 minute skate which I enjoyed but would have rather play a game ! Beggars can't be choosers and you take what you can get and I was slowly accepting my fate . Sometimes some good comes out of the bad and meeting Alex was the good . We spoke about how I planned to meet everyone and would hopefully find someone to show me around Bucharest a bit tomorrow and he offered to meet up with me and show me around and in exchange I offered to buy him lunch . This made me happy :) sometimes there is a rainbow after the rain and this was my moment . Can't forget that the other fellow who worked at the rink offered me a football flag which was also a very nice token ! I got dropped off at my place after talking hockey with Alex and got to hang out with Nebojsa for a bit . No I did not do any drinking and it's been 3 days now that I've refused anything with alcohol . Not sure what's up with my insides but today I'm hoping to feel a bit better for my ice time here in Bucharest . Let's hope this happens .....
Posted by The Travelling Goalie at 1:54 AM