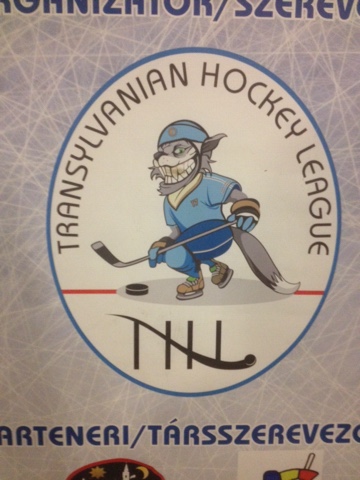 So as you all know I got pissed beyond pissed my first night out here because my skate was cancelled and when I woke up death was definitely an option ? No it wasn't but feeling like shit would have been an upgrade and I really have to stay away from that palinka stuff ... My god it destroyed me ! I think I rose from the sea around 10 am in my super comfy super amazing room out in Ceskiszereda at the White Dove Pension .... They call hotels pension, don't ask cause I don't know :) Jimmy owns this place and it's really fantastic waking up to see a herd of cows walking by your window . It was serene and beautiful and I was eating it all up . Speaking of eating , breakfast is included with the €40 per night and it is super healthy food . Really loved the deer  sausage YUM !!!!! 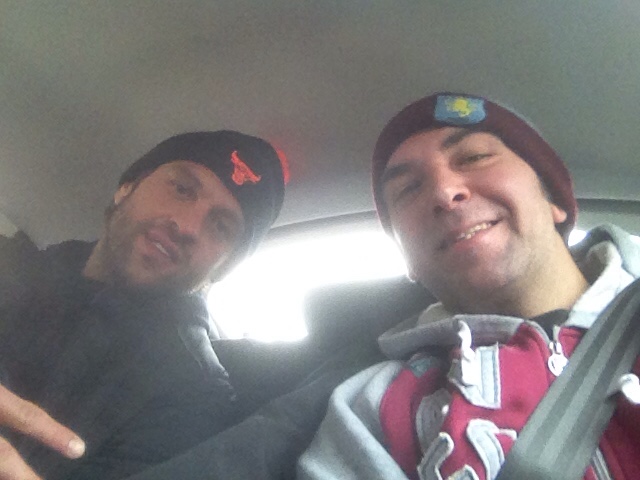 After I took a shower to help me feel better which it didn't :( I came downstairs and Jimmy put some suggestions into Nebojsa's mind and we then decided to go to Strand Praid which is where this giant salt mine is located . All I'm really concerned about is playing some puck but Jimmys on top of things and said he put in some calls . So in our rental we went but first we went to a car wash ? Picked up some boxes . Picked up some dude that ended up being pro player Arpad Mihaly who was property of the Philadelphia Flyers at one point and is now captain of the Brasov Wolves in the MOL Liga which is same league I got blitzed watching the night before .... Still trying to remember stuff :( after running these errands I guess we decided to hit the road . Kinda wish somebody checked the operational hours there because we found out just a bit before we got there that the place was closed ???? Mamma Mia ... And now I'm finding out I'm on ice tonight :) at 7 pm with the mine closed we just wandered around and went to see Jimmys in laws next to his future property . 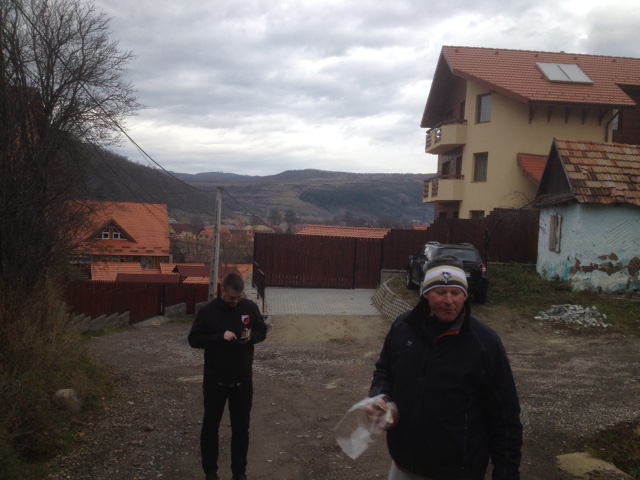 By this time I'm finding out that I'm skating with these amateurs back in Ceskiszereda at 7 pm and it is roughly 4 pm . We went by to check out the salt lake which I am told is the only salt lake in the world ! It was beautiful but quiet and around this time I started getting nervous that I would miss this ice time . Really nervous . As the clock ticked we seemed to find other stuff to do which I had absolutely no interest in doing like going to check out a hotel spa ? Yeah ! Now remember this is at least an hour and a half drive and it's about 4:45 now and I need to be in that dressing room at 6:30 to comfortably get dressed . We ended up taking a tour of the spa which was absolutely a waste of time (in my mind) as I would probably never go here ! For €300 a night I will pass and I think the woman giving us this tour realized that too . When we were done this "tour" it was 5:15 and I was down in the dumps thinking I'm gonna miss my golden opportunity . Next thing you know we were absolutely flying back ... I am dead serious when I say Nebojsa did everything he could to get me on that ice and drove so fast that I sat in the back seat with my eyes closed LOL !!! We stopped at Jimmy's house for absolutely no reason then went to the White Dove to drop keys off I think and arrived at the rink at 7 pm which is when I was due to be on the ice ? Nope ! This is killing me :( apparently the ice time is now at 9 pm . Not sure how this scheduling thing works here but it does not work very well . There was a Romanian semi pro league game on with Steau Bucharest playing and wow was the goalie crap hahaha ! 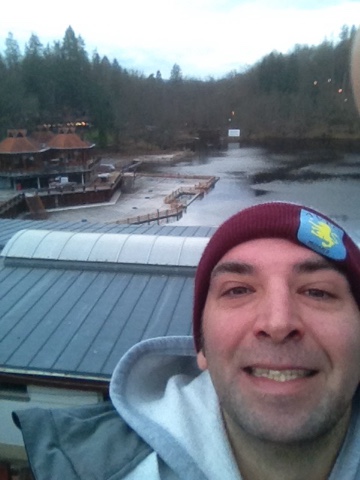 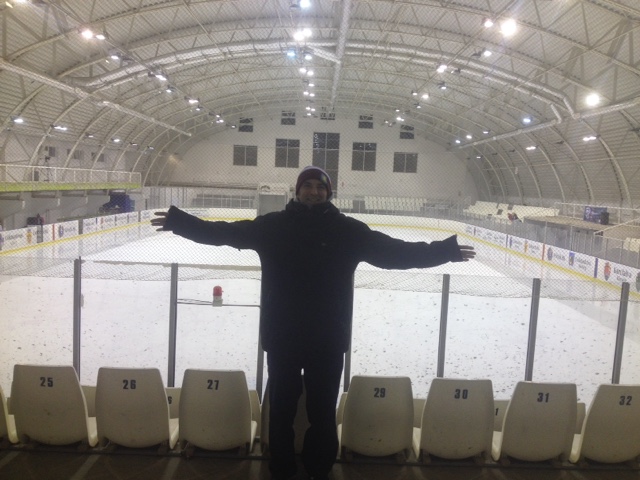 We were all hungry and went down the road to grab a bite . I usually eat 3-4 hours before my ice time and usually I don't eat anything heavy so I don't get cramps . I wanted to order pasta but they didn't make pasta ? Ok I guess a schnitzel will do .... Not a great idea ... Head back to the rink and of course I'm late and had to rush to get dressed and the guys in the room even rushed me and I stepped into this organized shinny game and immediately gave up a goal with no warmup then threw up on the ice :( I threw up a lot ! Not sure if anyone noticed as I swept it into the net lol ! And then I felt better got into my groove and played quite well . These guys all thought I was amazing hahaha ! They asked me before the ice time how good I am ? I said I'm an amateur and they said yes but how good out of 10 ? I modestly gave myself a 7 but I'm pretty sure thy would have given me a higher rating or based on what the semi pro goalies looked like before our skate maybe they would consider me a 7 at the semi pro level :) after the skate I rushed to get dressed to get back to my room to shower and sleep as we have a big day tomorrow driving around and had to get up early . I am very thankful for the opportunity to skate with these guys and I'm sorry I barfed all over your ice :p 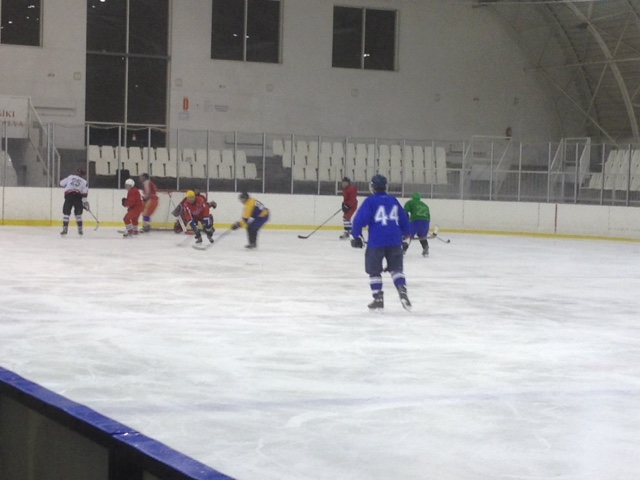 Posted by The Travelling Goalie at 1:18 AM