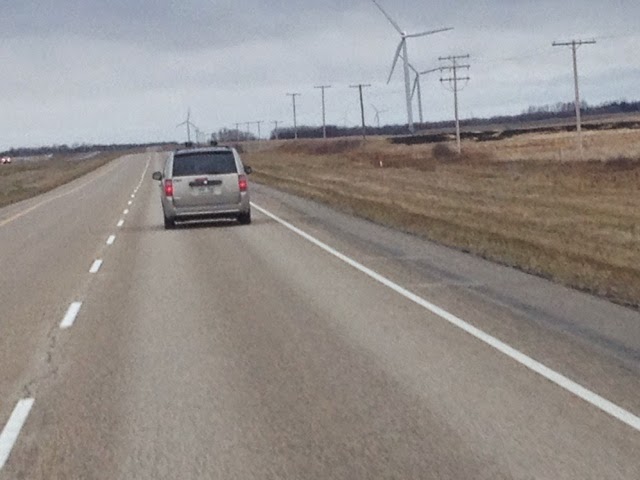 Finally I don't have to wake up so early ;) chose this to be a shorter leg of my trip since I had driven myself to death . But I still woke up early lol ! Today is gonna be a 7 hour drive from Winnipeg to Regina which should be a cake walk compared to the last 2 days right ?
Getting out of Winnipeg wasn't hard and next thing you know I am in the middle of nothingness in the prairies . Wow it's straight highway and you can probably watch your dog run away for 3 days as the scenery is so flat .... Quite boring so good thing is was totally windy !!! Yeah wind gusts up to 70 km /hr all blowing directly at the truck ... So that easy 7 hour drive turned into 7 hours of gripping the wheel so tight I became part of the truck . It was mental  , the truck was getting hammered ! At one point I thought if I were to get air by hitting a bump that I could probably fly. Hahaha!
Aside from the wind ... BORING ! So when we arrived in Regina it was quite the relief . Found our way to the Holiday Inn and went over to Beer Brothers to have a pint and eat some food made with  beer as everything on menu has beer in it somehow ;) we had beer battered pickles first ... WOW !!! I had a burger which had mayo mixed with stout and it was great ... Finally some good grub ! 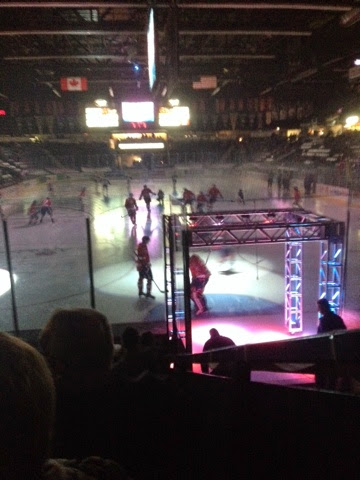 After eating we jumped into a cab and went to the Brandt Center to watch the Regina Pats play the Calgary Hitmen in a WHL tilt . The atmosphere was everything I expected with locals almost filling the rink , remember there is not a pro team in Regina so this is the big show here . We bought our tickets for $20 and sat behind the goalie who in my mind was not that great and I would be utterly surprised to see this Wapple kid make the bigs ... Maybe he had an off night , you never know . The game was fast paced end to end hockey and was well worth the visit . It felt like pure Canadiana being in the prairies watching a junior game and almost brought me to tears when the war vets went onto the ice for a moment of silence ... It was beautiful being in that rink with the locals as I sipped my hot chocolate enjoying the game ;) unfortunately Regina lost 5-3 but it was entertaining and I am glad I went . 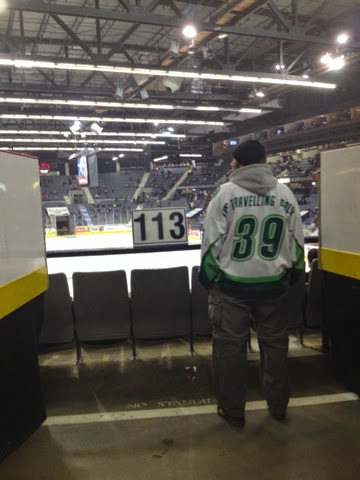 When we cabbed out here we were told there would be no taxis around so we should call the dispatch which we did before we left building , we got outside and saw tons of cabs but opted to wait for ours ... We waited 10 minutes and saw many others flagging cabs we could have taken then Kathleen called the taxi company again . Apparently the driver already passed by and took another fair  ???? Really is that how it works here ?!?!? They assured us there was another taxi around corner , next one that pulled up wasn't the company we called but at this point relying on this company was non existent so we jumped in ... No we didn't call to cancel our taxi  ! Why should we. ??? Apparently things don't work that way here ... First come first served and at this point Co-Op taxi had definitely lost our buisness , your service sucks !!!
Of course when I got back to our room I was wiped out and passed out ;) * this is real time now * as I lay here typing this out I can hear Kathleen snoring like a monster hahaha . It's 5:50 am and her alarm is set to go off in 10 minutes ... Gotta get ready to hit the road , 10 hour drive to Banff today ! Should be fun ;)
Posted by The Travelling Goalie at 6:53 AM