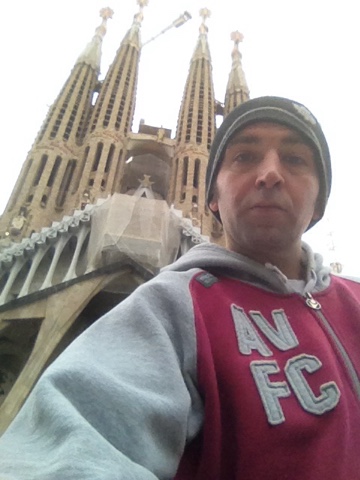 Woke up in Barcelona still feeling I'll effects of this nasty cold that I am still trying my best not to pass on to anyone as I wouldn't wish this shit on my worst enemy ... Ok maybe I would but you know what I'm talking about , you get thie jist of it don't ya ? Now the night before I got pretty ripped and I still woke up at a decent hour and there is one thing Kathleen and myself should do and that is walk over to Segrada Familia ! It is probably the most magnificent structure I have personally seen and just coming to Barcelona and not seeing this would be a pity :( so when we got our wits together we decided to make the trek with my iPhone open and google maps mapped out we used the GPS tracker to find our way there ... Piece of cake ! 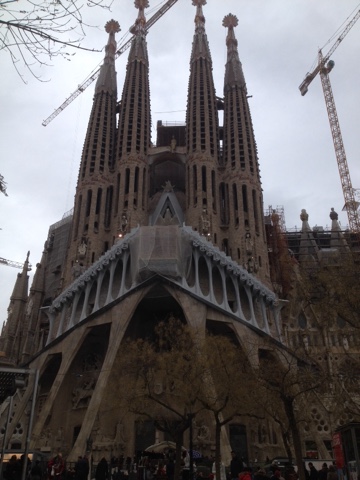 The 2 km walk from our hotel took about half an hour and Kathleen was not in good spirits because she was hungry . Now I gotta tell ya , the night before we both knew that we wanted to do this and I knew time would be limited so I ate late in my drunken state and bought her something but she didn't want it and didn't eat , this only leads to her being hungry but as I said more then once that our time was limited ! There was no way I was gonna stop and risk my phone turning off and losing this map and we didn't really have the time too either . When we got there we were both in amazement and much to my shigrin there was a Starbucks next to it . Yeah we went there and I got on their wifi and mapped out way back which was not hard to navigate as I took mental notes on our way over as Kathleen just looked for places to shop and have her coffee :( 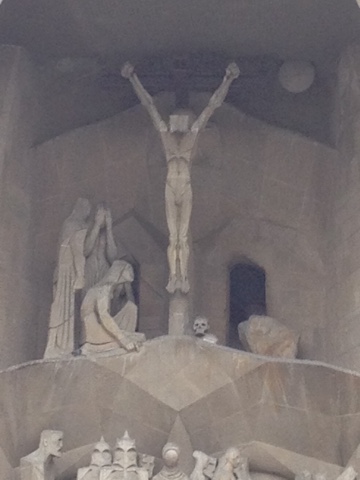 When we got back to the hotel we got a taxi and headed off to the airport for our flight to Brussels , she's still hungry and still complaining though ! Fu$k !!!! Now she won't eat the fast food and is hoping for some ultra boutique meal in Brussels airport but once we arrived the cruel reality was that there wasn't any time . Why she doesn't take my advice baffles the shit out of me ? Our flight leaving Barcelona also was delayed which threw a wrench in her plans .... When we arrived one hour late we had to boogie to clear security and get on our next flight to Birmingham ... My home away from home ! 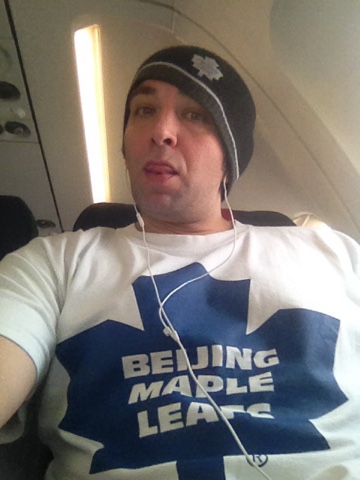 Upon arrival in Birmingham we decided to take the train into the city even with my massive goalie bag which sucks but saved a whole bundle of loot . Kathleen is still hungry . I have a craving for KFC and immediately upon landing we checked into Jury's Inn then went down near the bull ring to get our bounty .... When we got there it was closing and we could only get take away and we were lucky to get the last pieces of chicken :) bolted back to the hotel and gobbled food and that was it .... The moral of this story is listen to the guy that does this all the time and don't be stubborn because in the end , I'm always right :)
Still love ya Kahleen , just wish you would take my advice more often lol !
Posted by The Travelling Goalie at 2:42 AM