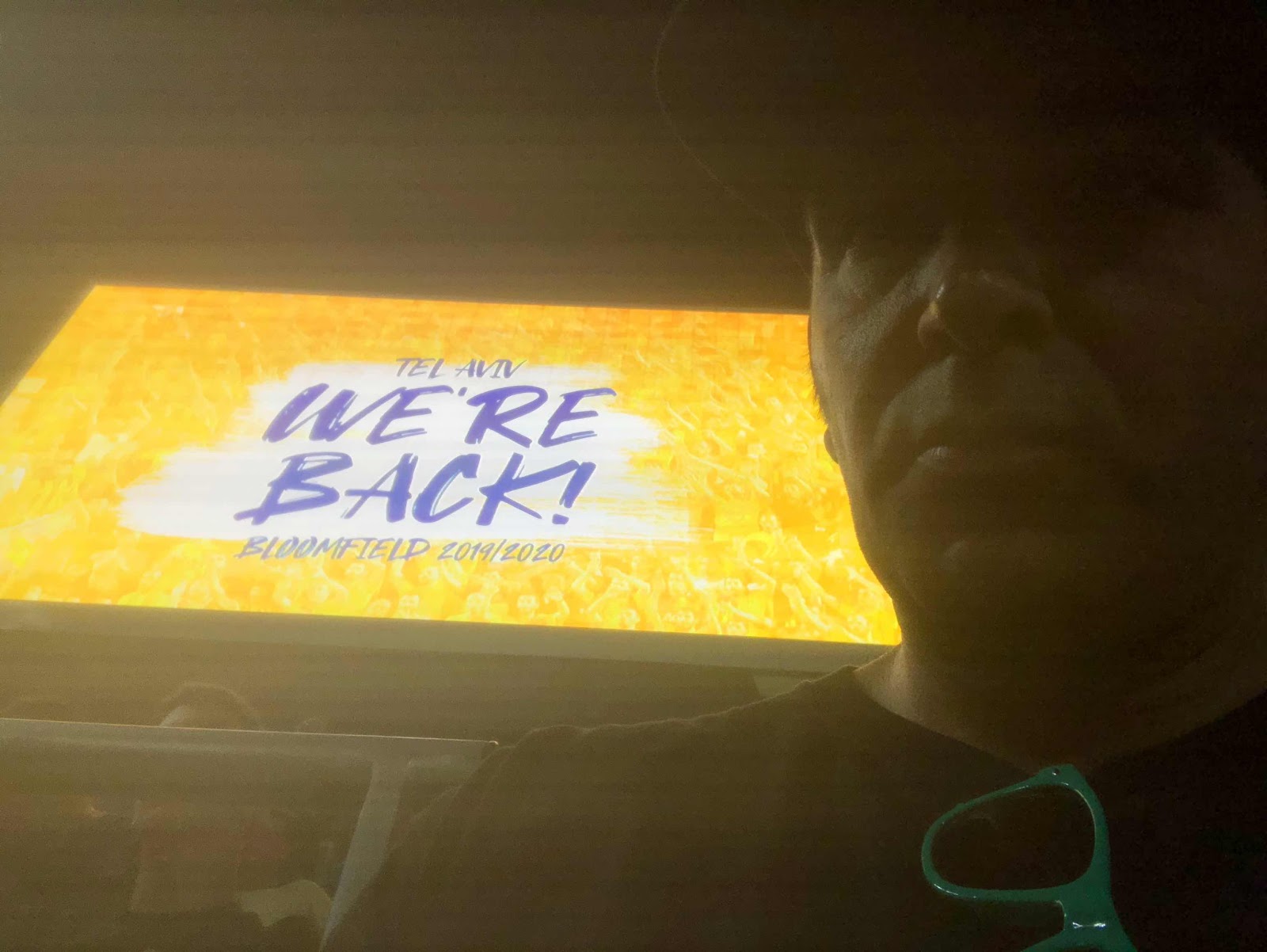 Another groggy morning and all I feel like doing is avoiding alcohol ! Yeah the wine was great last night and I’m not really hungover but all I can think is that I have another 9 days of travel and in that period I will be smashing my liver up for my birthday .... going into survival mode is probably not my best option so I’m putting my foot down and avoiding getting wasted . The other factor in my thinking is that I don’t want to have another episode where I miss my flight ! When we crawled out of our room I was a bit cranky and Andi was in a bit of rough shape also ... we have had way too much fun lol 😝 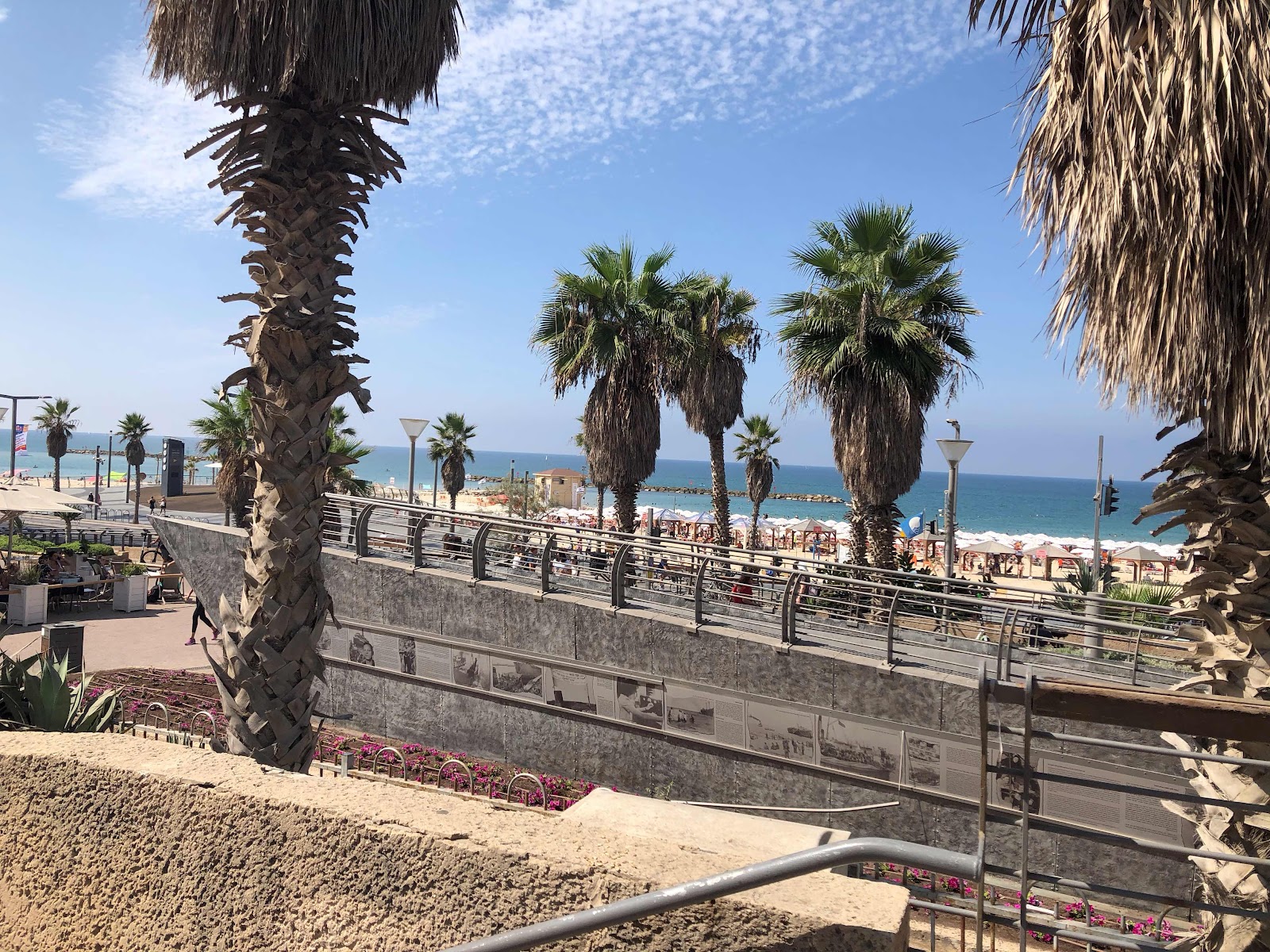 We walked out to the beach and I have a hankering for bacon but most of the shops are no longer serving breakfast . There is an all day breakfast place but it’s nowhere near where we were and we weren’t going to take a taxi so I could try to get some bacon in me . We ended up in a place that serves brunch along the beach 🏖 and I wasn’t too overly impressed with the menu for breakfast type meals and opted for a roast beef on brioche which was pretty good . After that we wandered the area a bit and headed back to our hotel room where I took a nap . My body needs sleep as I’ve been sleeping an average of 4 hours a day and unfortunately for Andi it’s time to shut it down .... I just can’t continue torturing myself . 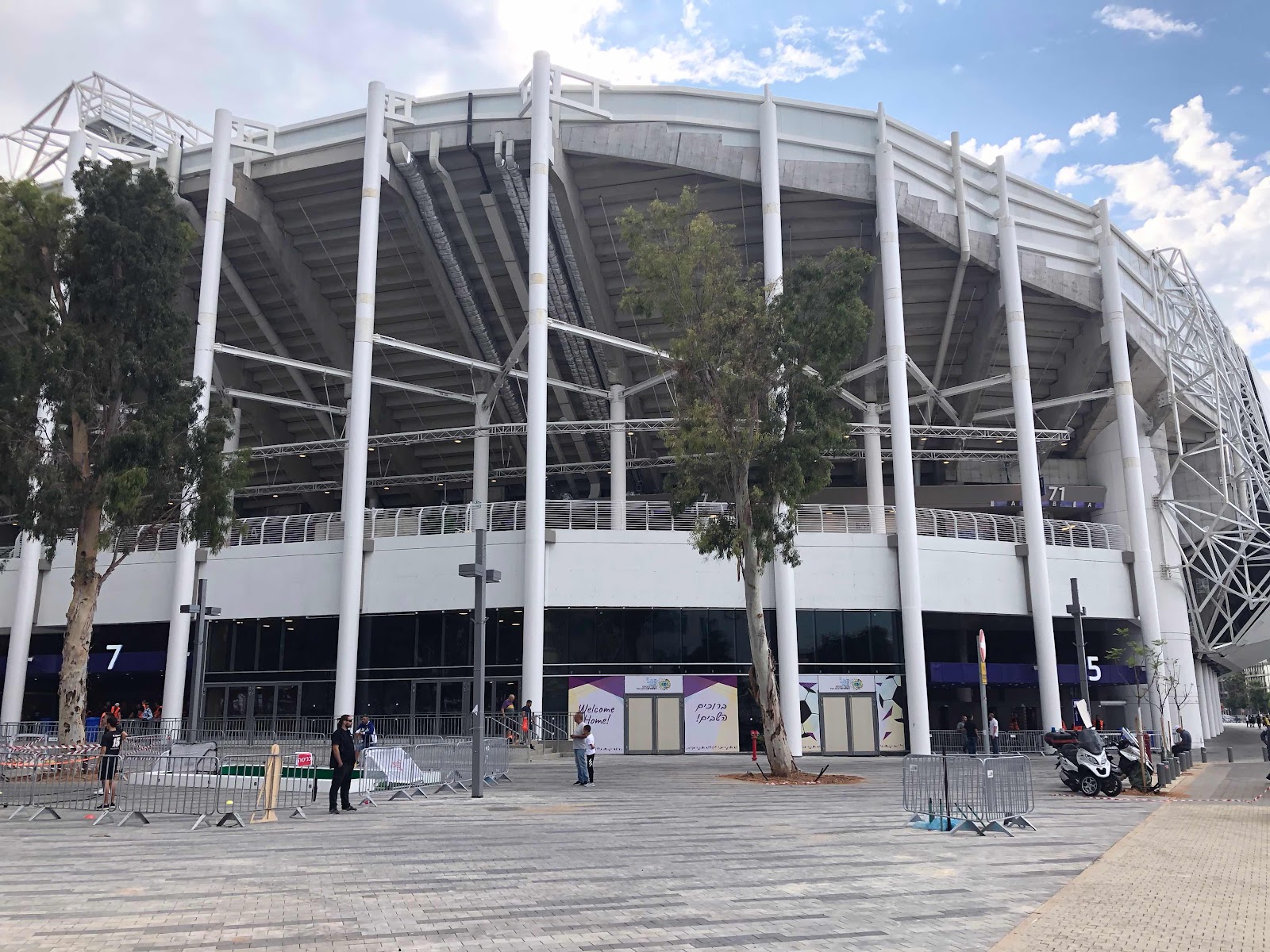 When I awoke from my slumber I washed up and we jumped in a taxi to go to Bloomfield Stadium where Maccabi Tel Aviv play their home matches . The taxi driver was a complete fucking asshole ! He wanted a flat rate and I asked him to put the meter on and he decided to take us for a ride to earn his flat rate ... he was the biggest piece of shit we have encountered by far on this trip and I honestly thought of punching him in the back of the head and leaving but instead we spent the whole ride tracking his route which was just intentionally wrong . He was arguing with us the whole ride and when we arrived we paid and Andi told him I hope you have a bad day which I can say I hope for also .... piece of shit ! So that wasn’t a good start and the kicker to all this is last night we did a good thing by letting our waitress know that she gave us way too much money back so where is that good karma ? Not sure if I mentioned that yesterday ... she gave us 100 shekels too many and we went and found her and gave her the 100 back in good faith . She was an American waitress at Mikes Bar . 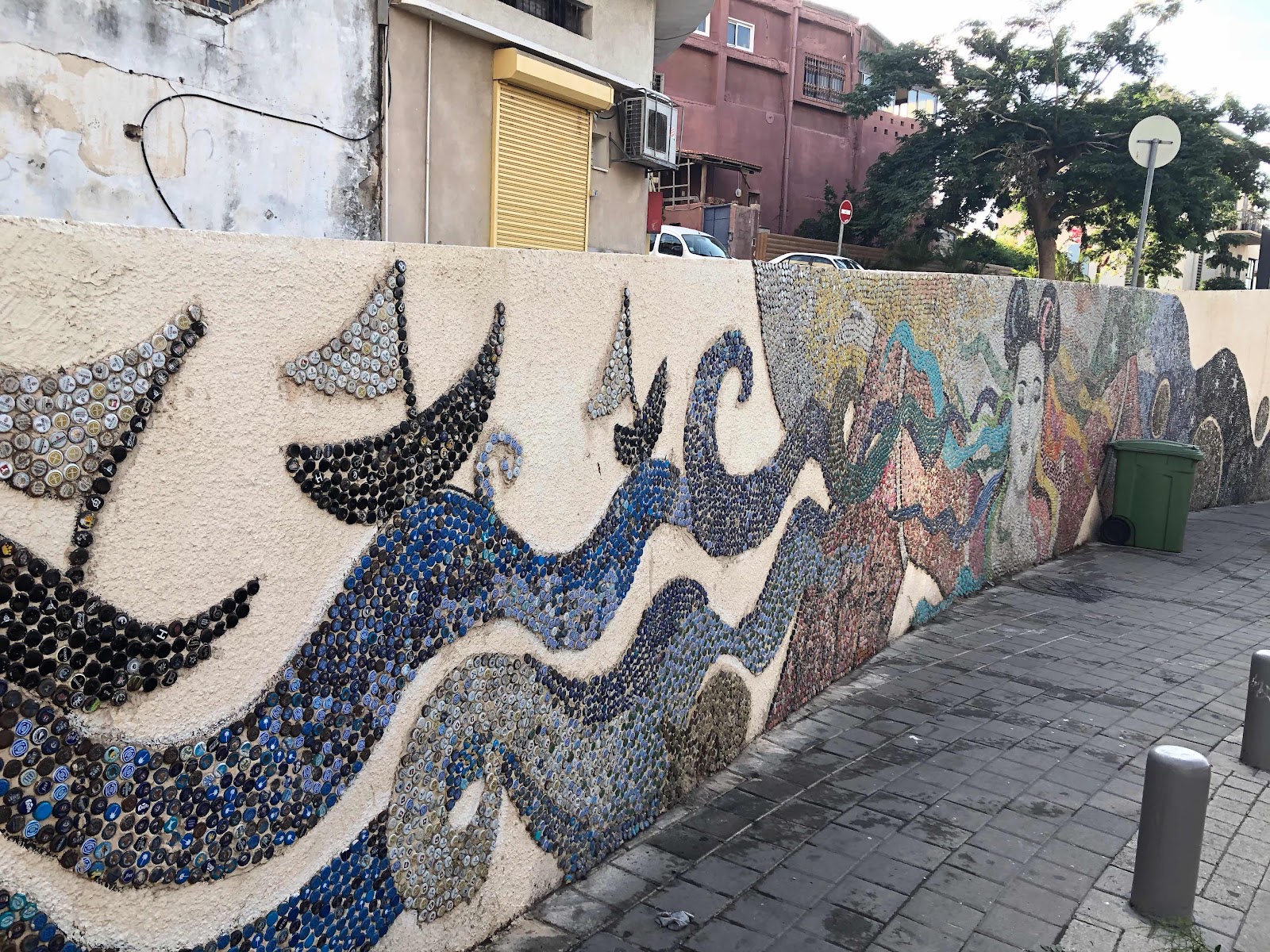 The stadium already was bustling with excitement and we found our way to a ticket booth where we bought our tickets in the family section which were the cheapest seats at 50 Shekels each which is under $20 CDN then we had some time to kill so we went to The Old Man and the Sea which is at the port and is a 20 minute walk from the stadium where I decided to have a pint 🍺 honestly I just had one ☝️ then we walked back where we saw the largest mural made of bottle caps in the world , or so it says ? The picture is above ... you tell me what you think ? I could almost swear I saw bigger displays elsewhere and possibly in Rio de Janeiro where we saw our friend Ge’ Cardoso who lives in Israel now and couldn’t even find the time to let us drive to him to take even just a picture and leave (I call bullshit on his excuses) ! I only mention this because some mutual friends asked if we will see him and yes we tried but his free time is spent on posting stuff on Instagram constantly while he is too busy to just be wherever he has to be and have two old friends pop in for 30 seconds . Oh well his loss . 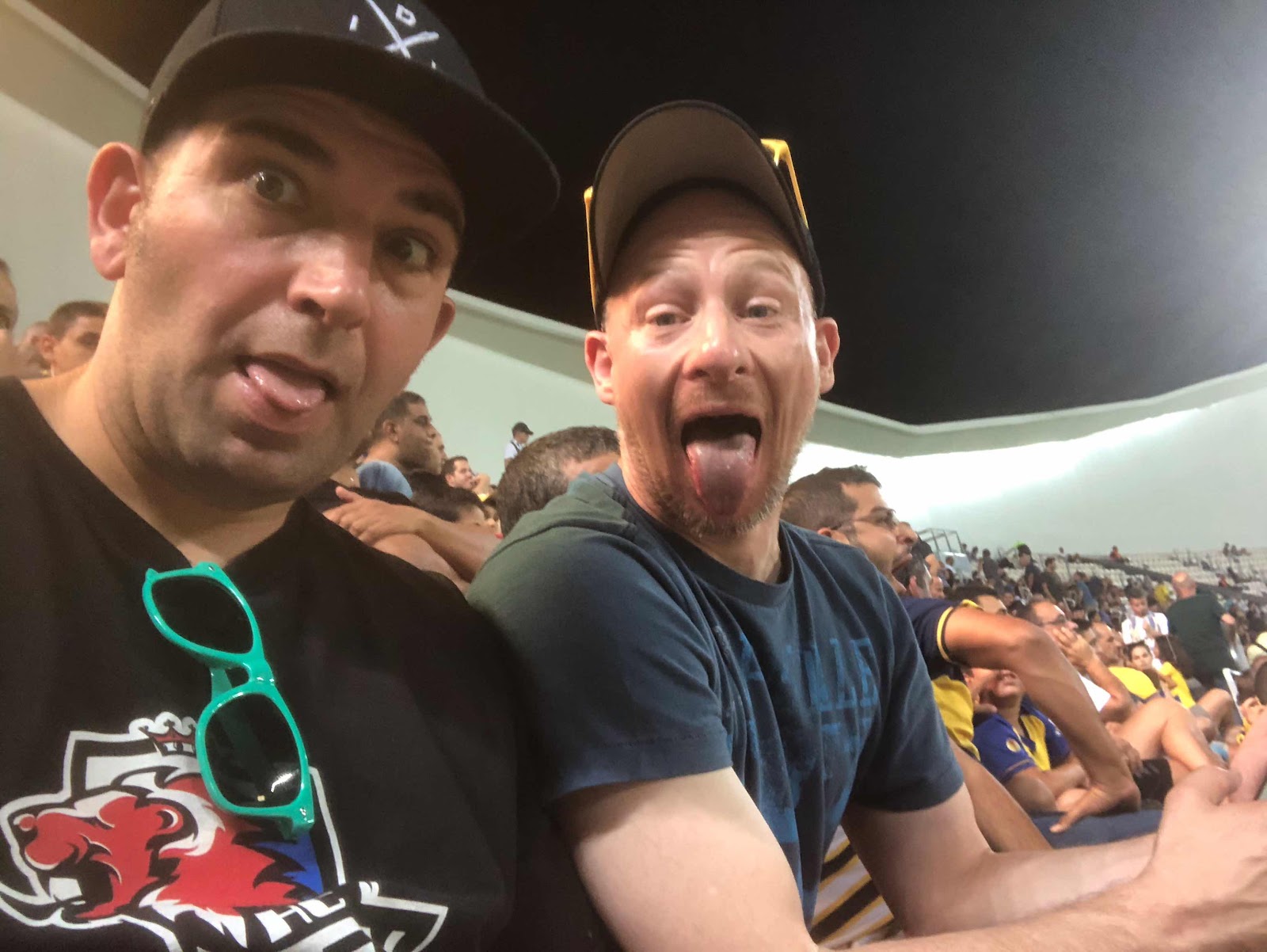 We got back to the stadium and found our seats which are not our seats , basically when you get in you pick where you want to sit in your section . I found us two great seats and honestly there isn’t a bad seat in the house . We were in the area which would be the away end but the away side which is Hapoel Hadera is not a big club and the Maccabi supporters all told us that it will be a 4 or 5 goal win today . Well they were all wrong ! This bias our second football match in two different countries and would you believe we didn’t even see one goal in both those games ??? The game ended up 0-0 and not for the effort of Maccabi who were in their opponents end CONSTANTLY!!! When the final whistle blew the Hapoel Hadera squad were jumping up and down as if they had won the World Cup . The Hapoel Hadera goalie absolutely stood on his head making save after save and was the star of the game by a mile . 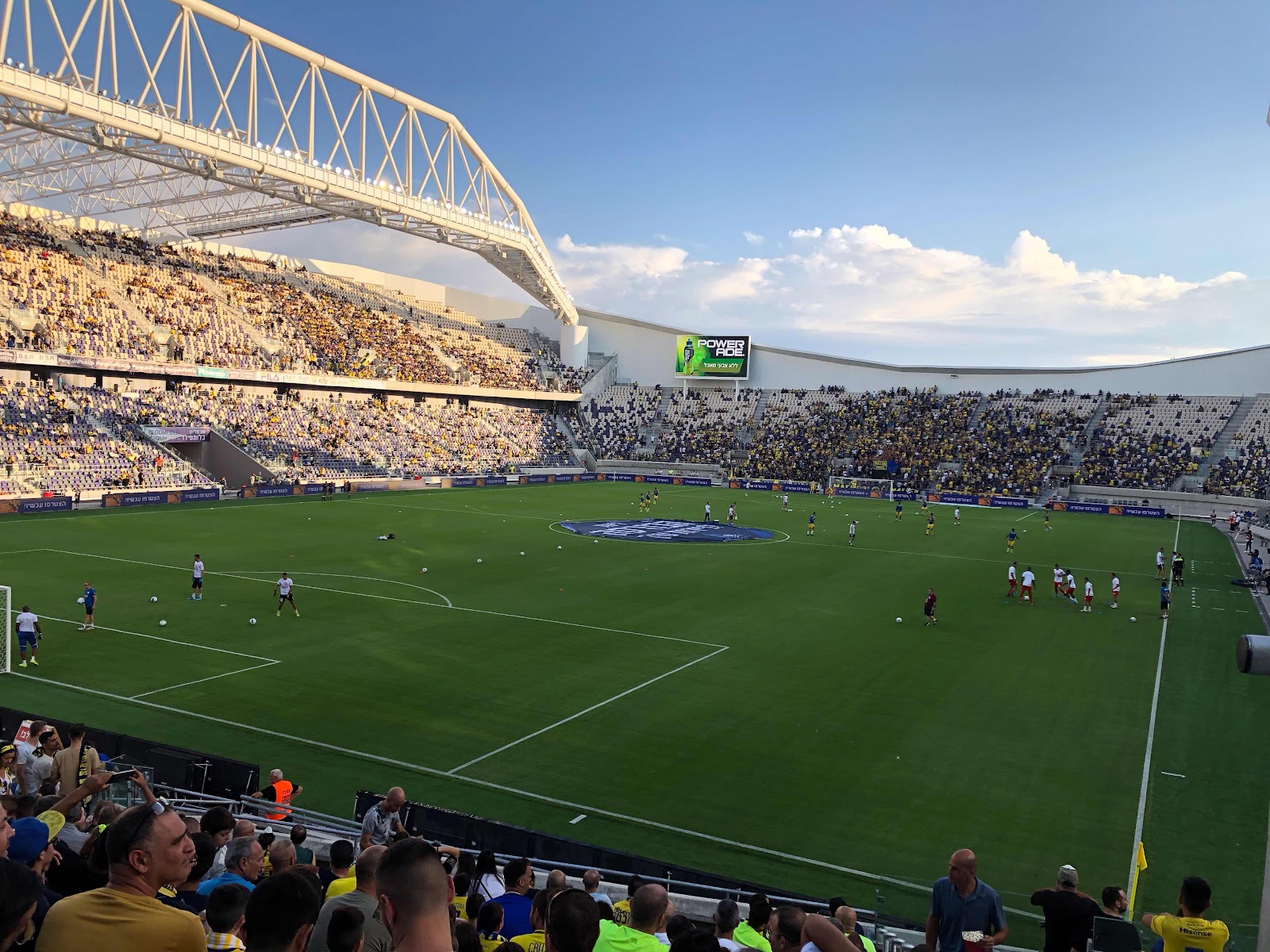 Now we have to take a taxi back ... this time I’m using my uber app which is used to call taxis here in Israel and at least everything will be on file if anything stupid happens like our earlier encounter and our driver was fantastic and weaved through the streets with conviction . Where was this guy earlier ? When we were dropped at the hotel I already knew I wanted to have a nice steak and call it a night so we went to a place called Meat Bar and oh my that steak I gobbled was delicious and perfectly cooked ... if I was a rich man I would eat there daily as my steak ended up costing me $75 CDN but was worth every penny . I was stuffed and it was time to hit the sack after a bit of a walk back to my room . This was my last night in Israel with Andi and I think we can both agree that coming to Israel was an amazing choice ! Tomorrow we fly back to Istanbul ... hopefully our rental car is still where I parked it lol !

Posted by The Travelling Goalie at 3:17 AM