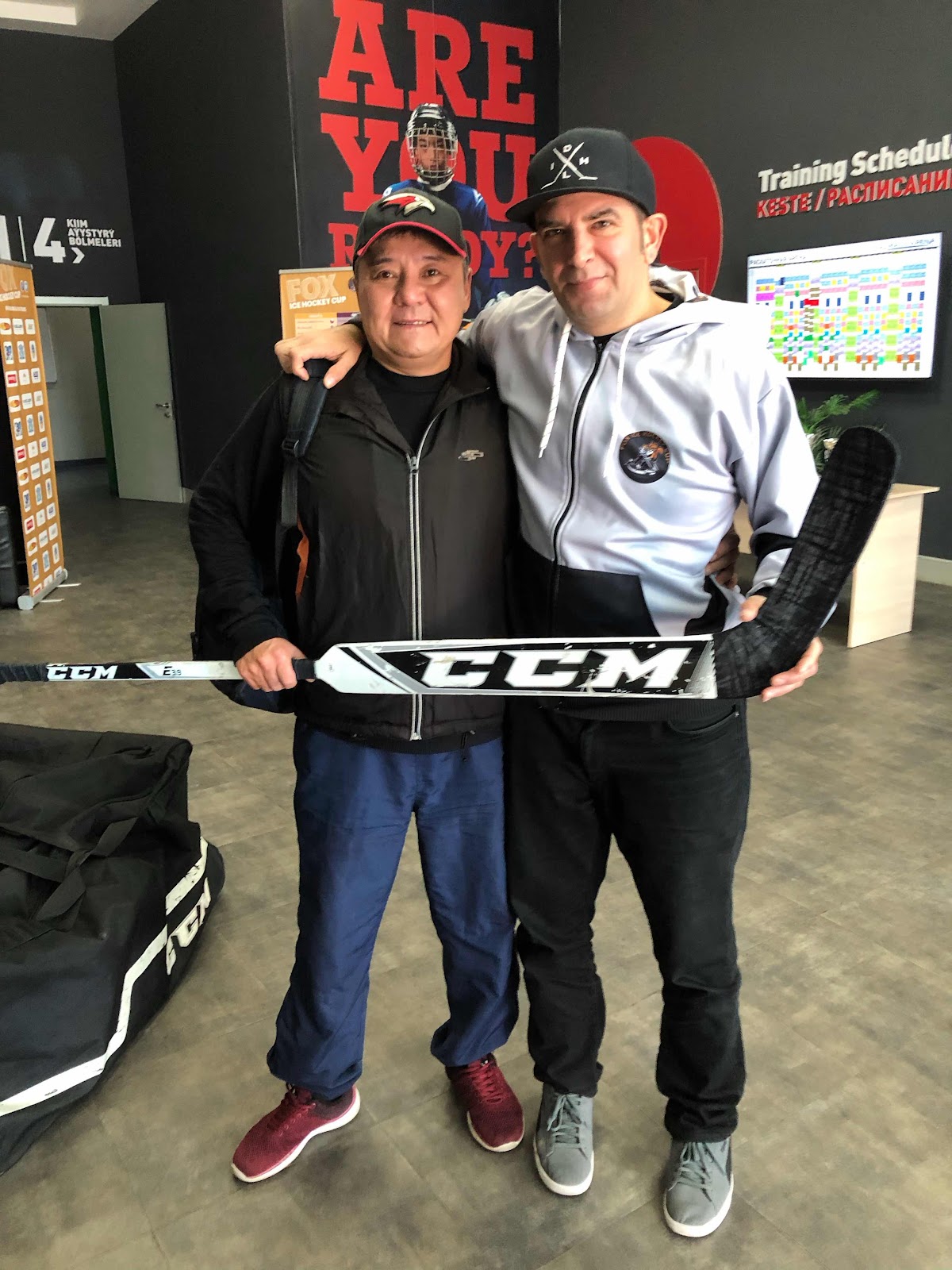 Last night I was told to please come to the rink for 11 am to watch the final and if Stephan needs me anywhere for any reason then I’m there . This man has done so much for me that he deserves any time he requires from me and I am more then happy to support his cause ! So same old routine ... Walter gets up does his stairs and I get down to the breakfast area and get myself an omelette with cheese , ham and mushrooms 🍄 a couple boreks and some plums and I am good to go ... to go run to the toilet lol ! My morning cleanse hahaha 😆 I know , I know TMI (too much information) I have a filter for my filter called my brain so let’s keep it light hearted . I did have time to write that morning which is now yesterday and I am pretty much caught up with my stories that I can share 😜 some of you know the other stories that I won’t publish online and we will keep it that way . How bad would it be for me if I let everything out into the internet .... nobody would trust me . 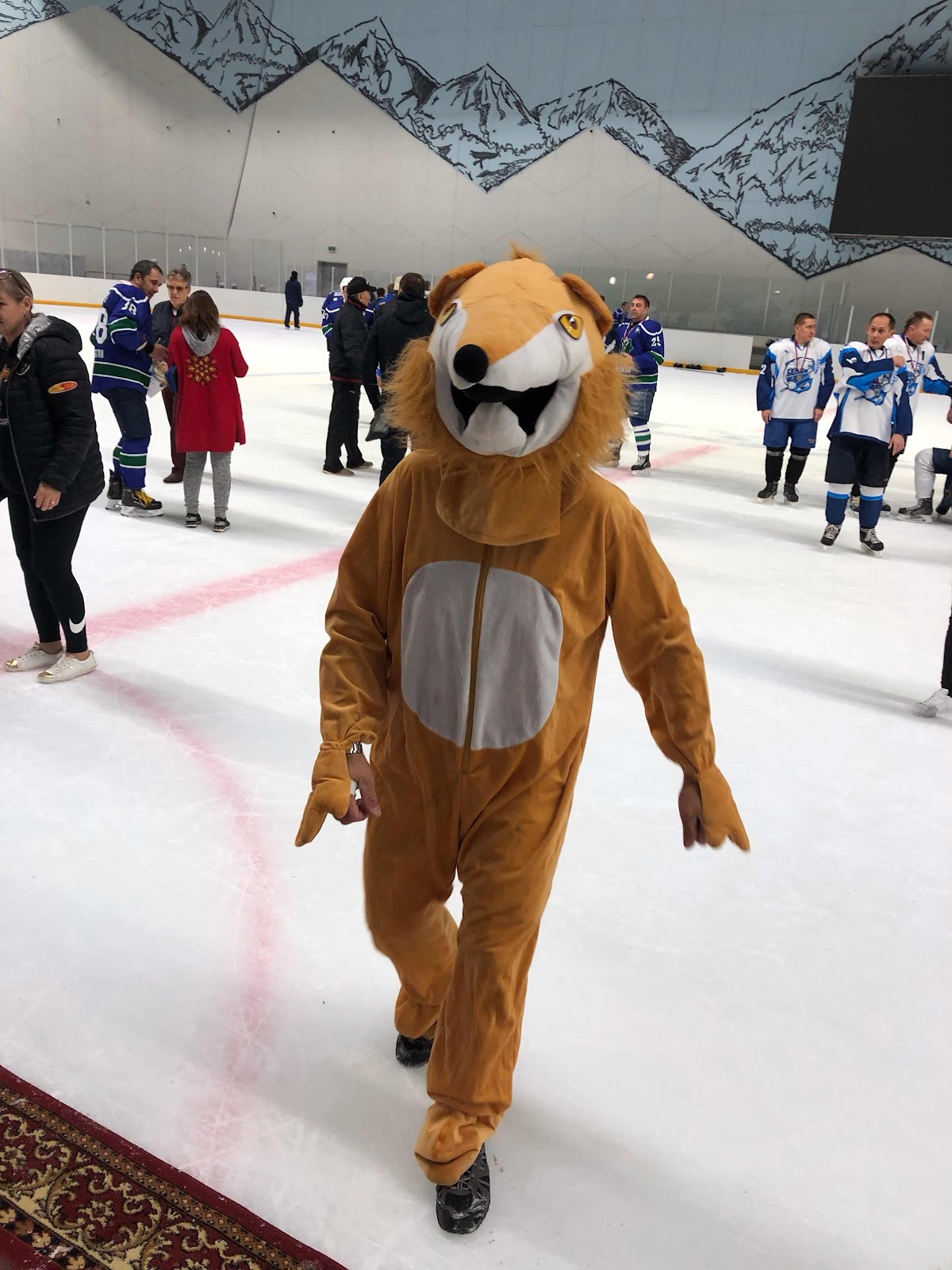 A bit before 11 I use my Yandex app to get a taxi that won’t rob me and head off to Almaty Arena one last time , there was a minor malfunction with the app and it sent the taxi to my location the evening before at that stupid karaoke bar 😖 and the destination was wrong so I reported it to them and got no response . They work as hard as the police do in Kazakhstan to right their wrongs lol ! And no I never heard back about the thieving c#$ts , they got my money and it’s gone now . No crying over spilt milk 🥛. My taxi dropped me off nowhere near the rink which seems on par with all the other taxis I’ve taken and I walked into the rink to find out that the local team that beat us in the first game went on to lose all their games after and as Lubomir told me that would have been us if we won that game and going 1-3 would have been less fun then beating the Czechs twice , and yes the lads are still chuffed over those big wins and so am I . I have a stick I’m gifting to the local goalie who plays on his knees , when I see him and give him the twig I could swear I saw a tear drop from his eyes he was so happy and as I mentioned yesterday ... that’s the best gift I can get in return when I’m gifting this stuff to my new friends even though I don’t know his name , don’t have him on Facebook and likely never will unless we get put into contact with each other which would be nice so if you’re one of the local Almaty boys please help me get in touch with the goalie in the picture above 🙏 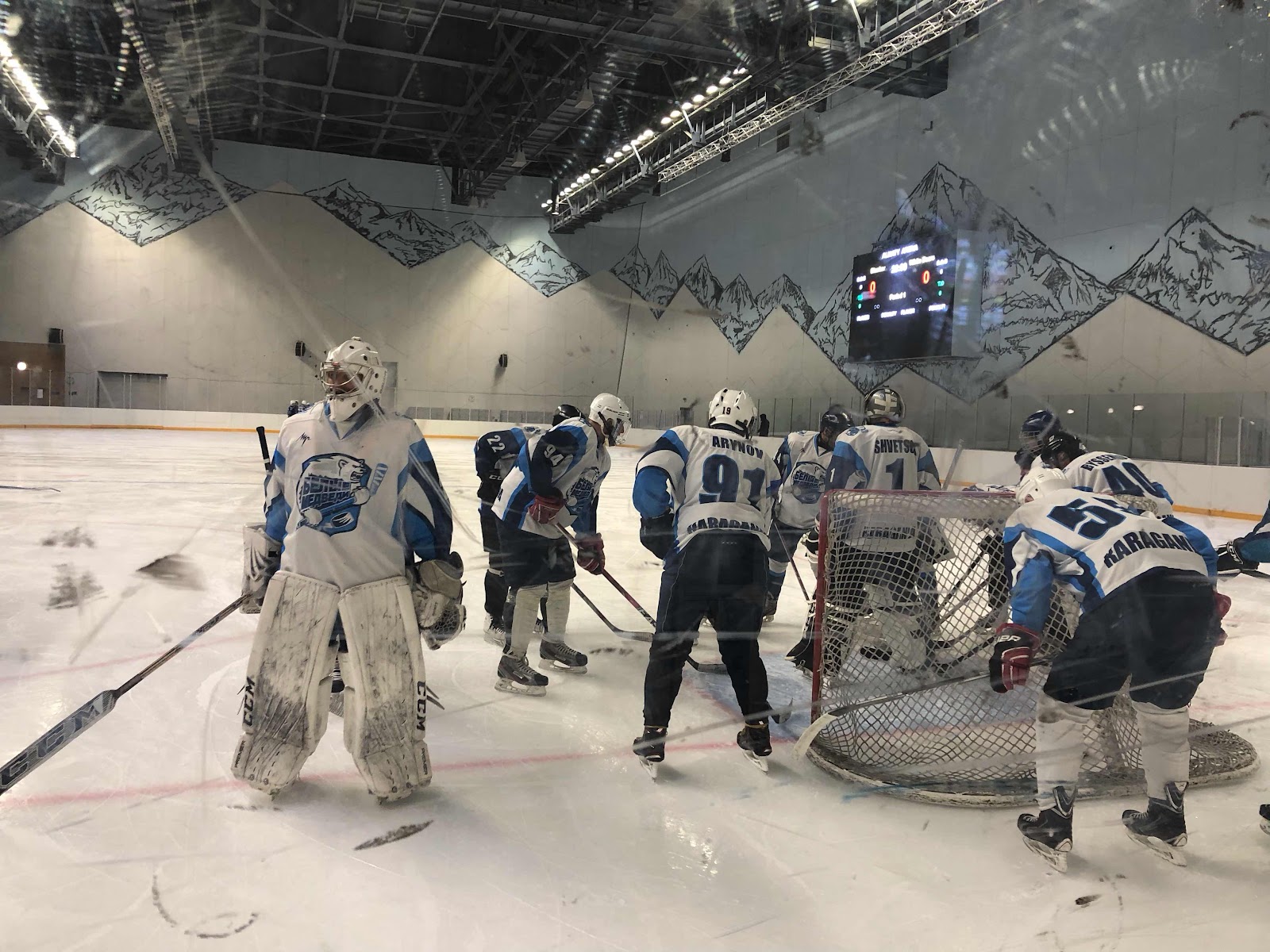 So the last few posts I have misspelled the team that beat us handily in the second game and they are called Karaganda and they are in the championship against a team from Uzbekistan. This game was amazing ! Both teams played solid and are both a level above the rest . Goaltending was stellar on both ends also with some big saves . There were some controversies on both ends as the teams tied the game 2-2 with the Uzbekistan team claiming a puck was kicked in but Tomas and Peter our trusty refs made the right decisions as I saw that puck go in without touching a skate or any kicking motion and the game went into shootout where teams decided who shot first by having captains play rock/scissor/paper 😝 I’m pretty sure the Karaganda team switched goalies for some reason and had their goalie come off the bench to take the shootout which is strange but so was the Zamboni driver who was freaking out at the other end trying to kick us off the ice ... what a dickhead ! The shootout held some controversy also as the Uzbekistan player lost control of the puck and it kept moving forward as he reached back got control and decked out the goalie who for some reason gave up for a sec and was late in getting across the net ... Karaganda guys were flipping out and apparently pinned the blame on the refs but I saw what I saw and the refs made the right call . Didn’t see them getting upset when the call went their way a few minutes earlier ? Anyways congratulation to the team from Uzbekistan who won the game fair and square . It was very entertaining to watch and then the awards ceremony began ... on the ice with the zamboni driver fuming at the end of the rink . 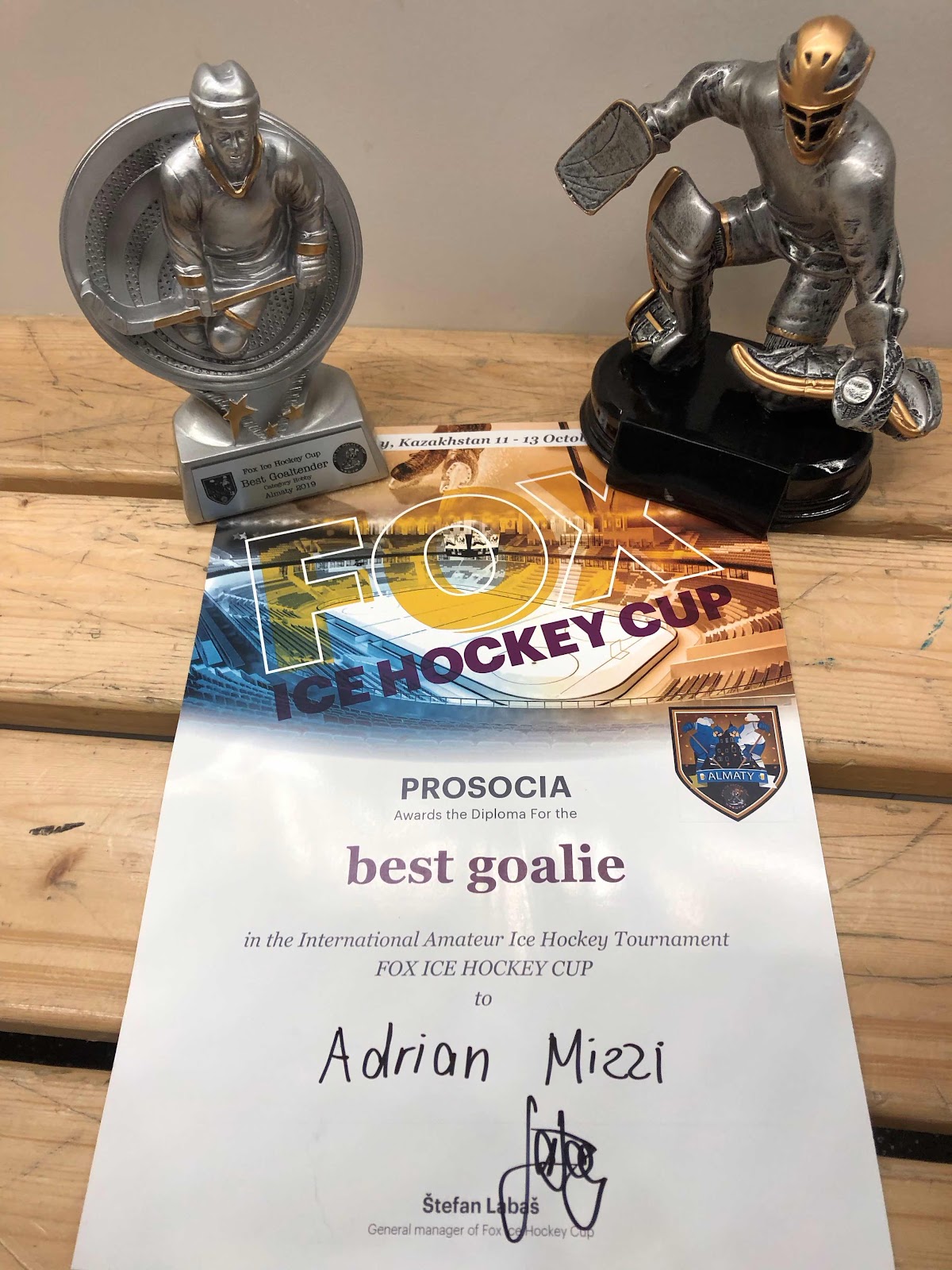 Now I was told the night before that I will get top goalie but after seeing the way the other keepers played I didn’t know if it was a for sure thing and to be honest I wouldn’t blame them if either of them won it but I’m sure at least the Karaganda goalies knew who I was from our encounter where I absolutely stood on my head . When the top goalie was announced my name was called out and I got my nice trophy from Stephan and then another trophy from Sagadat which was weird . Sagadat doesn’t run this tournament , it’s Fox Cup so why did he get trophies ? There were two trophies for everything ! Even two championship trophies and Walter got a trophy that he didn’t receive as he skipped this day to go get some dog meat .... and no I didn’t try it and probably wouldn’t ! The whole weekend it seemed as though Sagadat was acting as if this was his tournament which it wasn’t and I’m not sure about the politics of it all but really the trophy thing was definitely a first . After the dust settled and all the confused faces left with two trophies we caught a cab and I met my team mates to go to the shopping mall in hopes of finding something for my lady at home who I am missing more and more .... 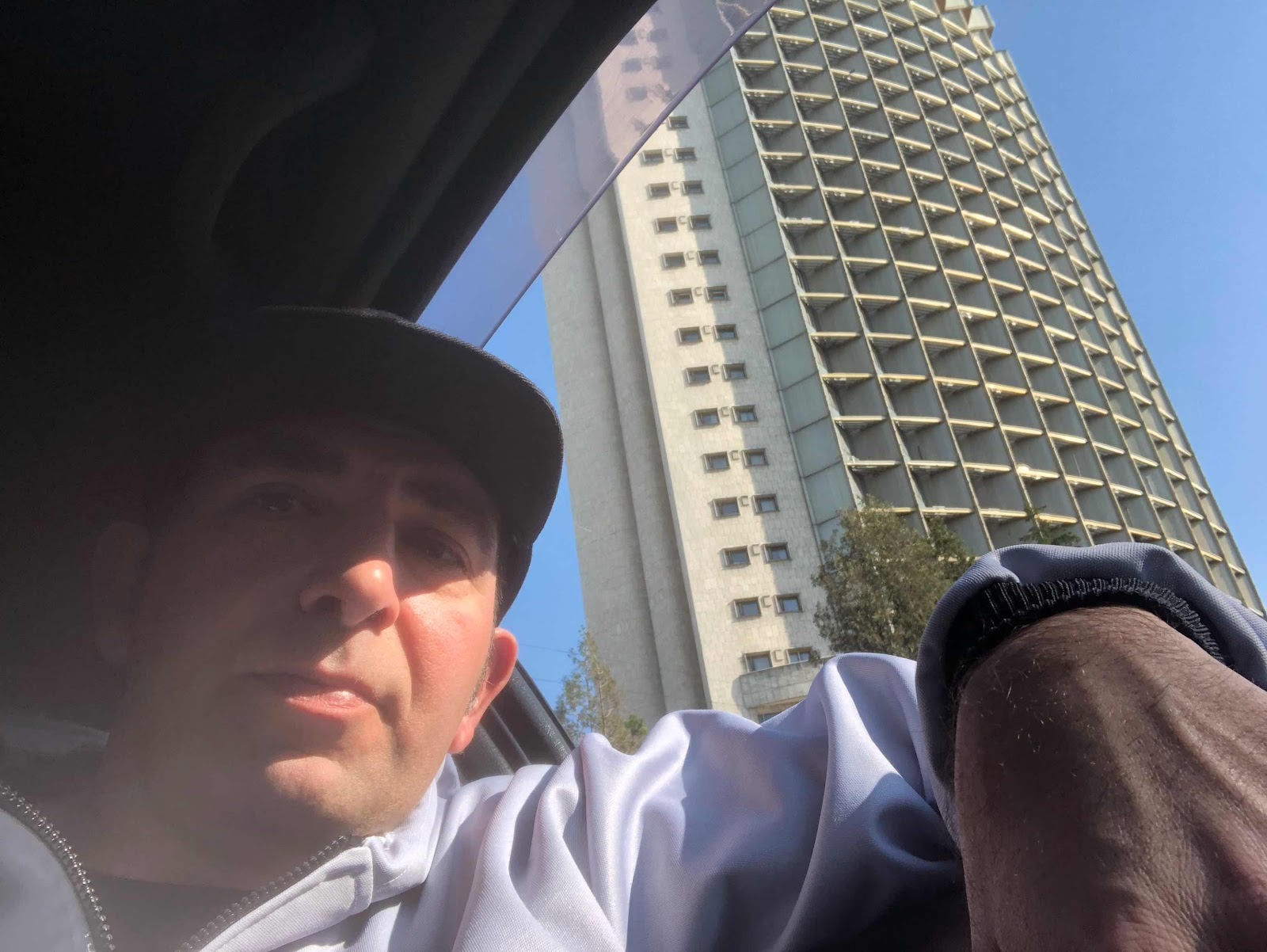 After wandering around the mall for a while I decided to hit the sauna one last time . Love it there and I’m glad I got one last chance to relax and when I got there some of my friends were there and we had a few laughs before heading out for our last dinner together and that’s when it all hit me that I was gonna miss these guys so much . I was a bit depressed thinking about it as I fought the tears away on multiple occasions as I feasted on my meal and when I tried to pay the waitress put in another order of food for me instead of bringing me the bill ? Doh ! All the guys told me to leave the bill with them and I scurried off to get ready for my 11 pm departure from the hotel and I went to my room to pack my bags , have a shower and pack my trophies and bottles in my gear which is not totally dry . 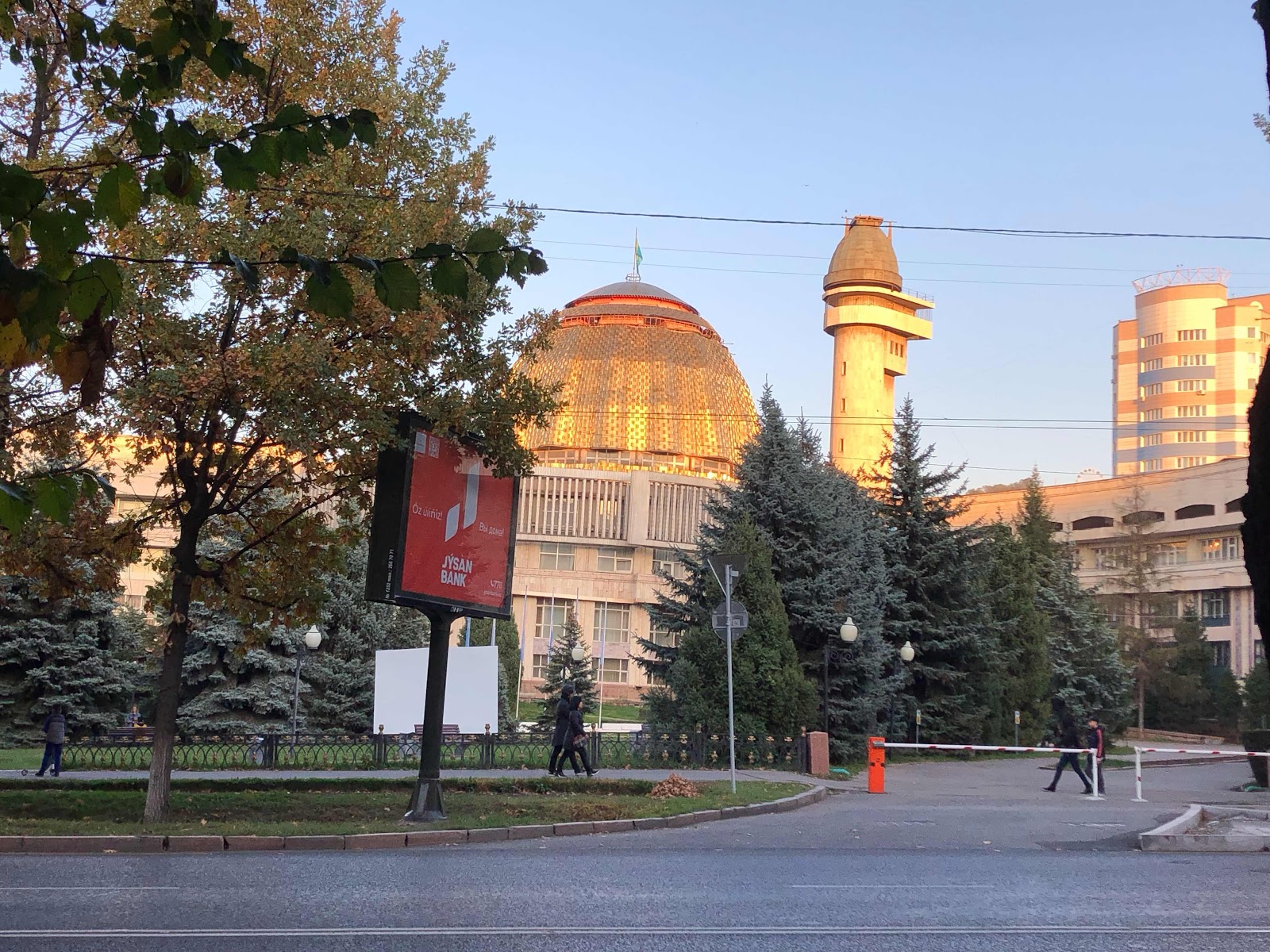 My nerves were shot and I was pretty upset over having to leave and honestly I have never felt so close to a group of players , we really bonded and to top it all off I have 24 hours worth of flights and layovers ahead of me which didn’t help my situation ... I got sick in the bathroom 🤮 and left to call my cab which the hotel staff helped me with and got to see a few of the guys one last time as I left the hotel . It was hard saying bye but I’m planning to be in Bratislava in May to hopefully see them all and they are planning to visit Toronto in 2020 ... I don’t doubt we will all see enough of each other in the future and our friendships will grow even stronger . Enough of my mushy stuff ... love you guys , you’re like family to me and I definitely can’t wait to see you all again . Stay in touch ! 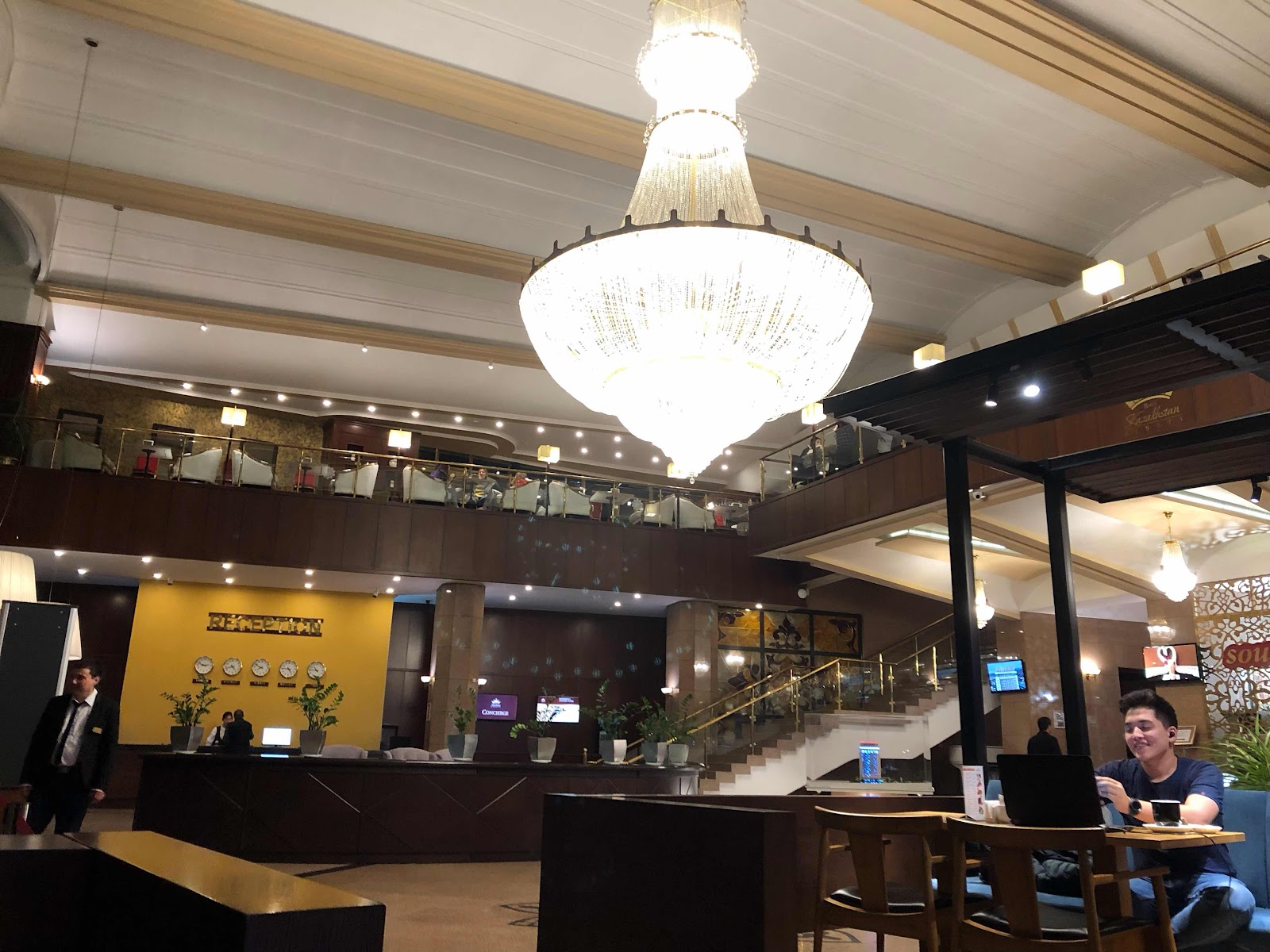 Got to the airport early , my taxi driver was really nice and I gave him a tip which is not really a thing here and I was hoping to bump into the ass hats that robbed me but they are probably lurking at arrivals gate 😤 I arrived an hour early and sat down and wrote a blog and then checked in my bag which is over 30 kilos and for some reason didn’t get charged anything extra by Lufthansa who are notorious for charging for gear . I don’t know if it was my smile or something I said but it worked in my favour and I can now say this is my first trip ever that I didn’t pay any extra baggage handling fees at all ! As Walter keeps saying “ things will work them self out “ and he is right ! Now I have to sit and wait to board my flight with my next stop in Astana where the plane will be filled up with more passengers . Wish me luck and stay tuned as I have a couple more stories to be told before I end annoying you all with my adventures . 🙃

Posted by The Travelling Goalie at 2:44 AM