A tournament in Kazakhstan on my birthday 🎂 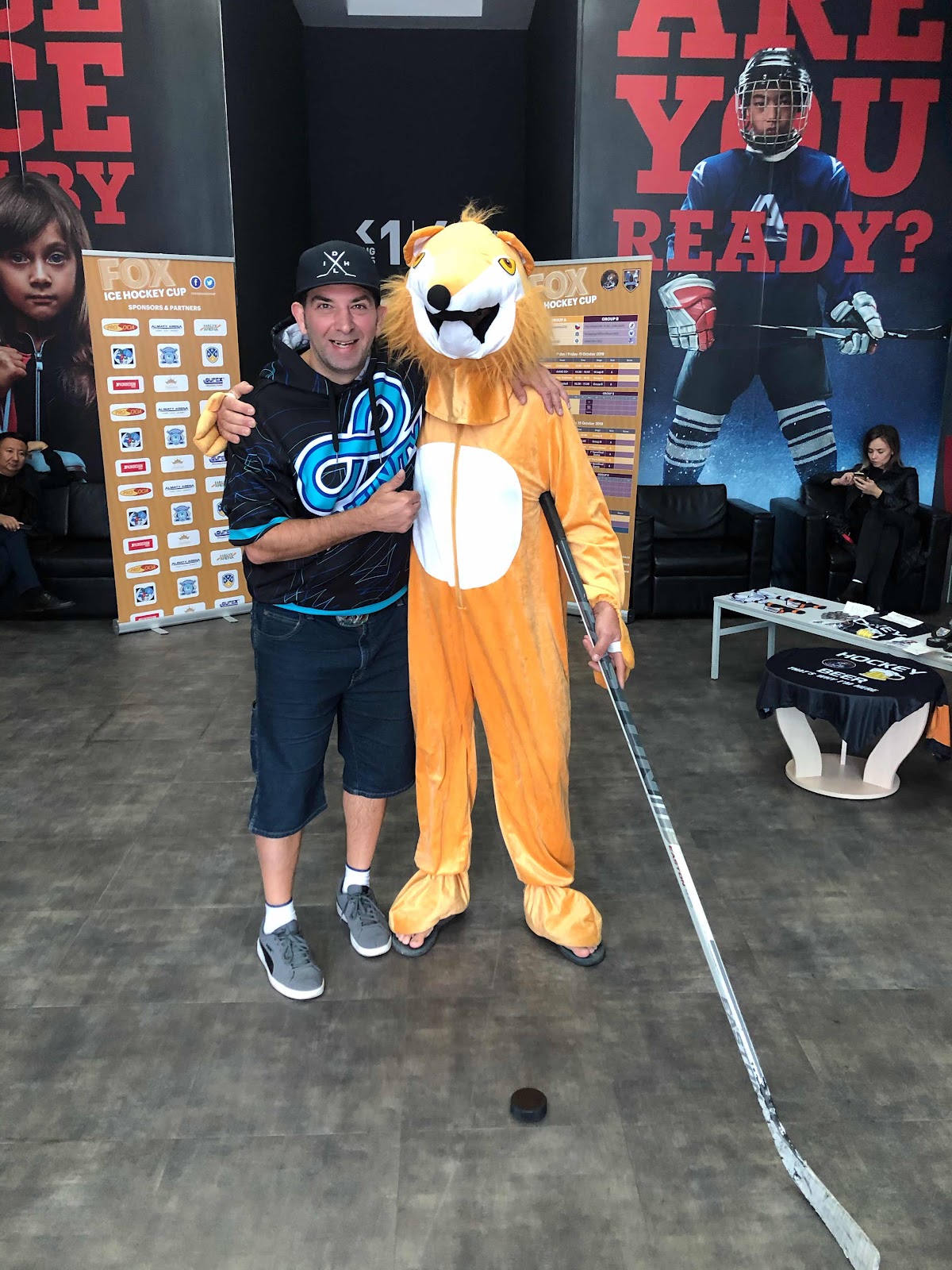 Gotta play catch up as this actually all occurred two days ago now as things have been pretty hectic as they always are when travelling and playing hockey and most important making new friends . So thankful that we don’t have the early game and it’s a good thing that this tournament is organized well enough not to torture players with disgustingly early ice times to save money which has been an issue before and those of you that have experienced that know those tournaments end up being complete shit shows . The night before I did stay up to have a drink at midnight when my birthday began and I did stay up dancing in the club next door until 2 or 3 am with a gin in tonic in hand but I still managed to get up early as my bed in this hotel is worse then any nightmares I’ve ever had and by this time I was already dreaming of being in my own comfy bed back home with real pillows instead of this one flat pillow that I have to fold over to make it feel like half a pillow argh 😖 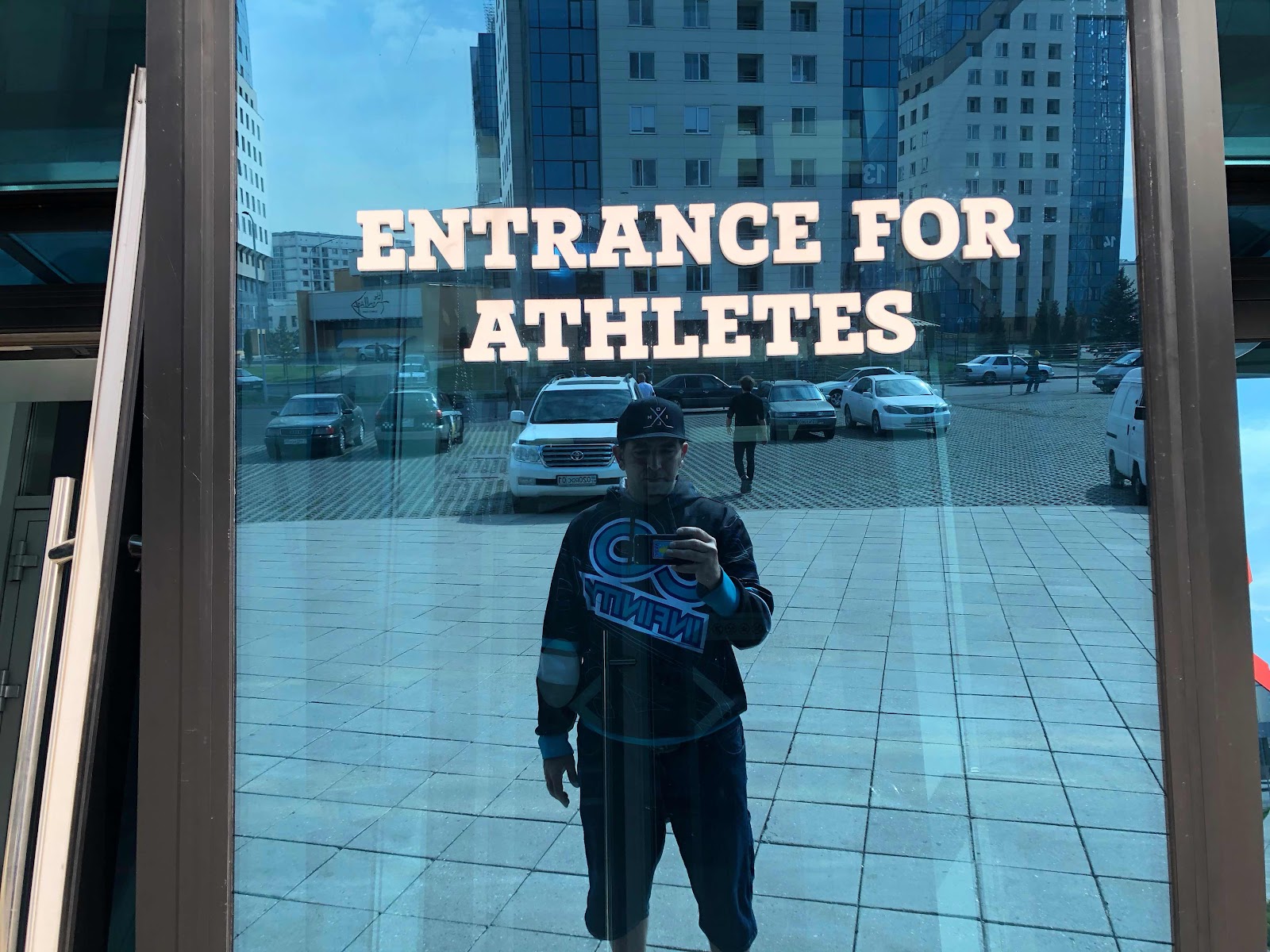 We have a bus that shuttles us to and from the arena and we all meet up and jump in when it arrives which was a few hours before our game since traffic is so unpredictable here . First we all met in the dining area to eat breakfast and then I packed up my gear and off we went . My team is the Fox Cup mixed team and is mostly made up of Slovaks with a couple locals and myself and another Canadian named Walter Epp who is my room mate and we had previously met in India when I helped set that world record . We have two games today with the first one against some local club that I still don’t know the name of as they are listed as Kyrgyzstan in the tournament booklet and the second team is called Karaganga White Bears who are also a local club . Our games have one hour rest between which is good . When we arrive at the rink we are greeted by Stefan and his lovely family who put their heart and soul into these tournaments ! The front foyer has all the trophies and some advertising and it makes me wonder how painful it is flying with all this stuff compared to what I drag around ? Must be hard .... 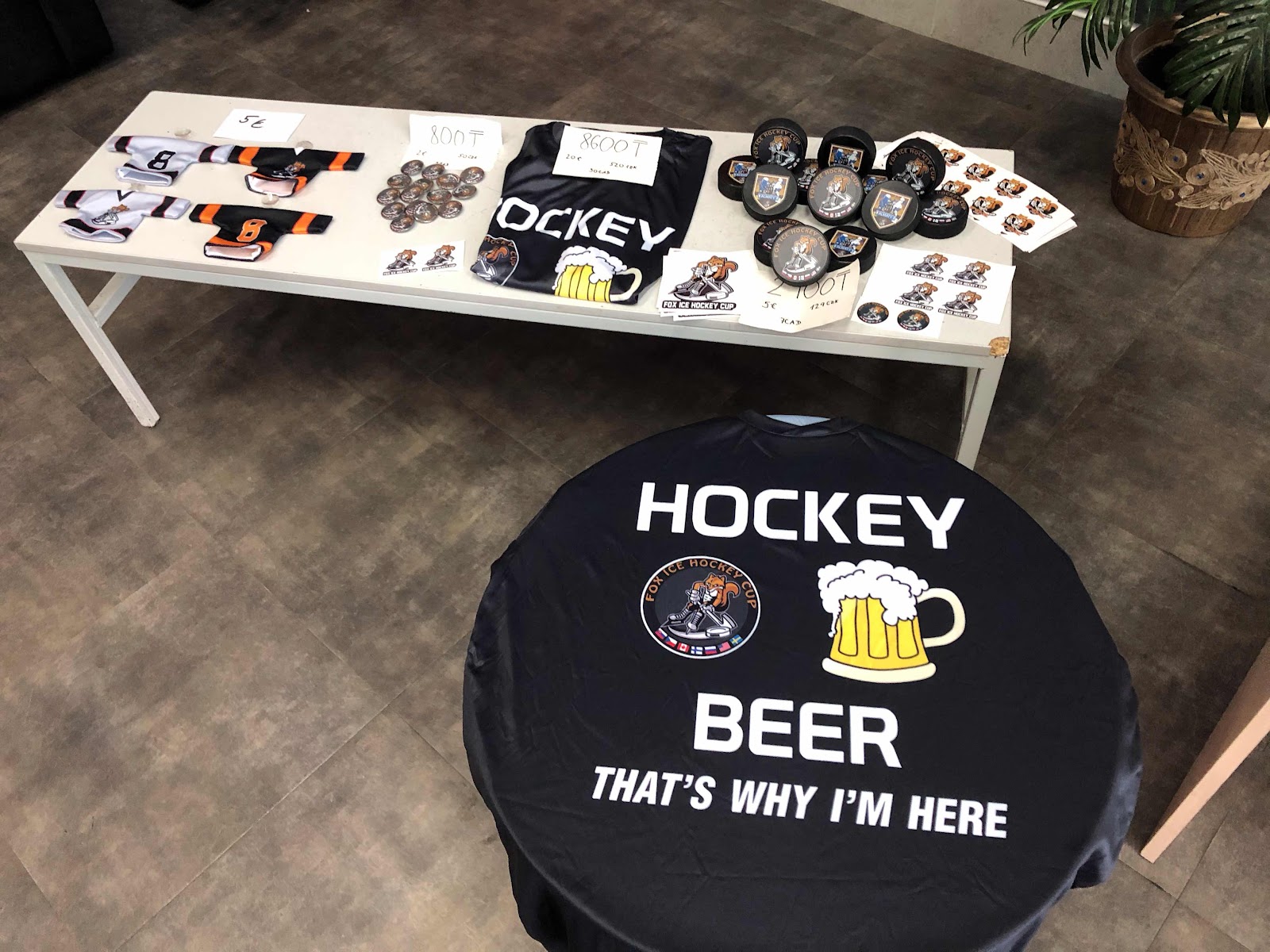 We are sharing a room with the team from the Czech Republic and we can leave our gear at the rink which is also another bonus as it sucks dragging gear around and having to air it out beside my bed in my hotel . When we are getting dressed I get my new Fox Cup jersey and try to slip it on but it does not slip on and is more like a really tight condom on me .... I can’t move 😢 . I’m sure every organizer I have ever dealt with has heard me complain about the jersey sizes and this is the reason why I’m done buying jerseys because this will end up in my closet full of jerseys that I have never even worn ... I’m a bit disappointed that I won’t look like my team but at least someone will be using it since Walter didn’t buy a new one and brought the wrong colour so he is using mine for the tourney . Why don’t jersey making companies know what a goalie cut jersey is FFS ? Anyways I have my trusty Ghetto Blaster jersey with me and it’s a good thing I didn’t leave it behind in Israel which I actually did consider doing . 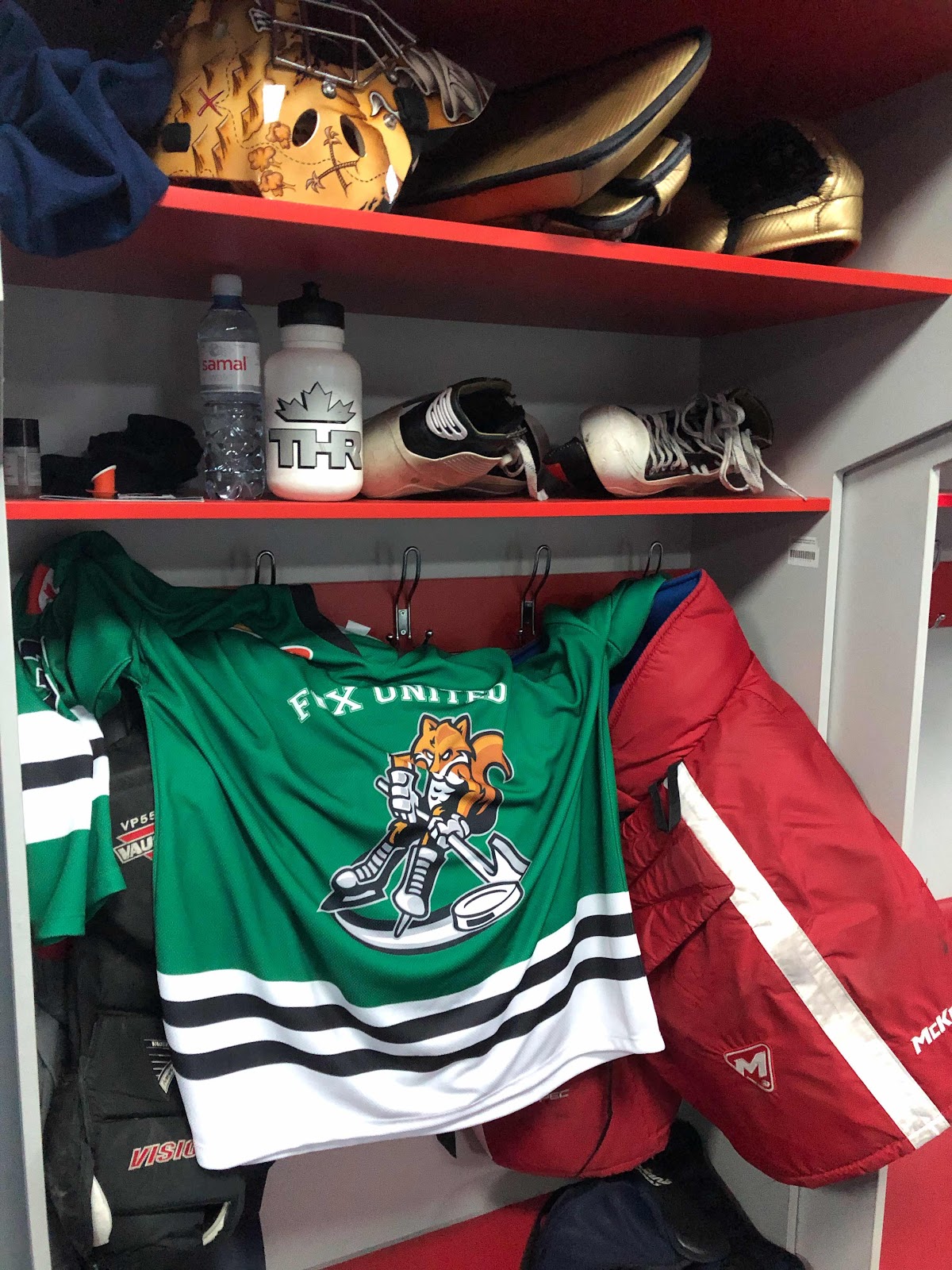 Team meeting before we hit the ice and off we go . We are playing at Almaty Arena in their practise facility and not the huge rink where the pro team plays . We have our warmup and then the puck is dropped and the tournament has officially begun for me and my team mates . This is a must win game as the word on the streets is that the second team is much stronger . The first period was close and the game went back and forth and the goalie at the other end for some reason goes down on his knees when we enter their zone ? Not in a butterfly but flat on his knees with his gloves in front of him ... never seen this before ! Should be easy to beat him , just shoot high and we did and we scored and then our defence fell apart as we were not positioned right and a few of our skaters are obviously not familiar with each other and at the end of the first period we were tied 1-1 . We get a 5 minute break between periods and the game is 2 long periods and the game is the same length as any other game which is the better part of an hour which I know some of you purists don’t like but this way actually works as well as the regular 3 periods so keep your bitching to a minimal . The first goal scored on me was a pass to a wide open player that was uncovered and I just couldn’t get across quick enough 😤 on the bench I continually tell the guys to shoot high and I wish we would have because that one goal was the only goal we scored on possibly the worst goalie I have ever faced .... that doesn’t bode well for a team that hasn’t yet jelled . Second period was close also but I knew in my heart that our bubble was going to burst at any moment and sure as shit it did when a player got to a puck before my d man off a rebound and they scored the eventual winner . The match ended with me yelling and waving for an extra attacker on the ice to push for the tie but nobody was paying attention to my screaming so I rushed over and gave them hell . What is it with teams that can’t hear the goalie or see him waving his arms like a madman ? We lost that game and I was pretty pissed off that we couldn’t score on a goalie that can’t even stand on his feet . I played a good game but as some of you know .... I play better when I’m pissed off ! 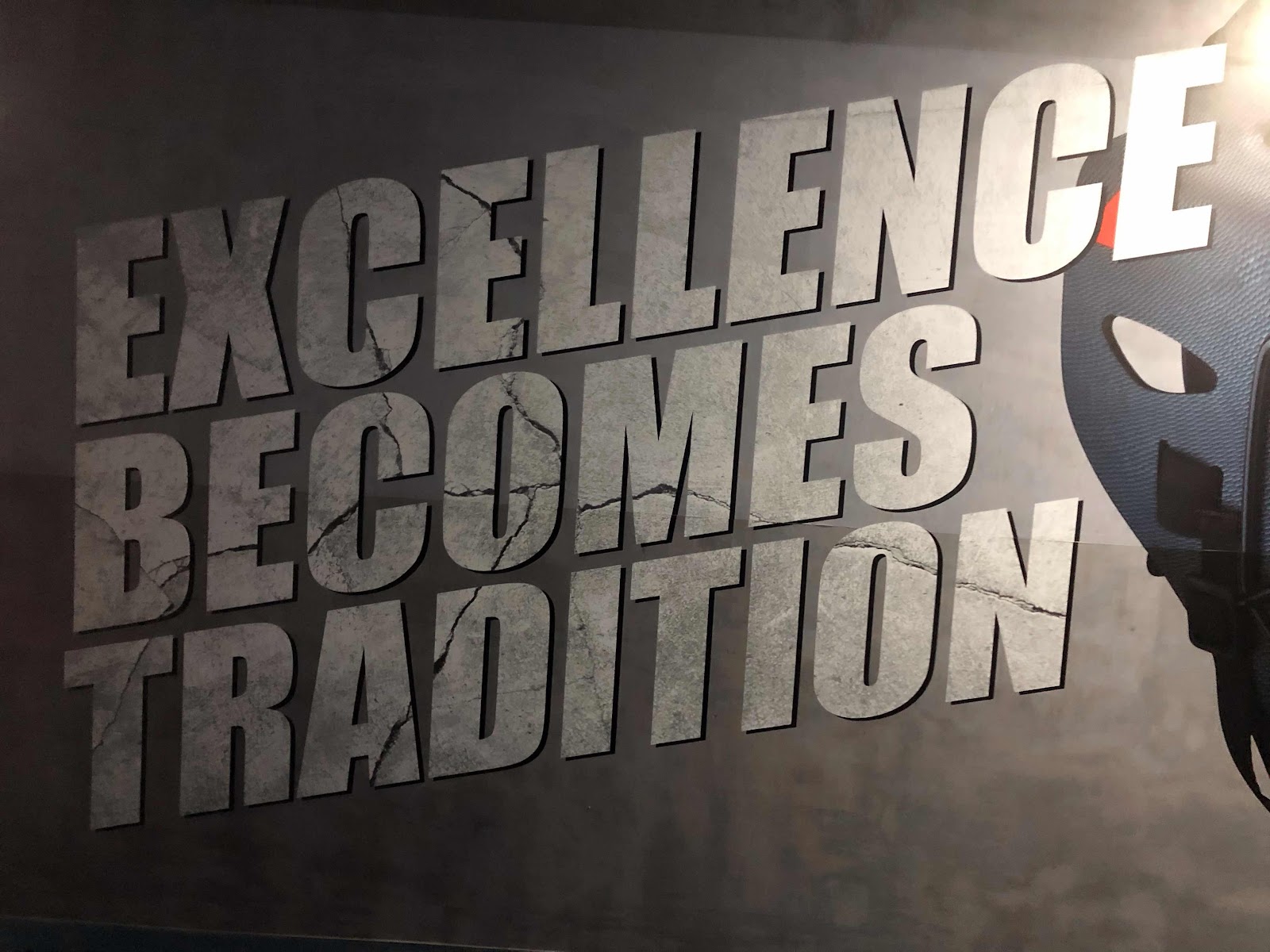 I grab myself a Mirinda orange drink between games ... I love this stuff ! And head back to my dressing room where all my team mates are discussing line changes to even our squad for the next team . We are going to have to pull off a miracle to win this match and get to semi finals . Everyone is angry and disappointed with the way we played and I’m pissed I lost to a far weaker goalie then I am and that’s how goalies think or at least I do . When we hit the ice we hardly need a warmup and the other team has three full lines , two goalies and coaches and apparently most of them have formerly played in the first division here in Almaty . Somehow , someway the game starts and we go up 2-0 pretty much on two shots and then the rest of the game was in our end ... I made some INSANE saves ! Paddle save diving across net , glove save sliding across net , and many many others until they broke the egg and continued to press hard . By the end of the first we were tied 2-2 but haven’t got into their zone since we scored on our two chances .... we were getting tired and the other team were getting warmed up . Second period was just a mess with our guys beginning to screen me on shots and I really hate when guys try to be goalies instead of playing proper defence but it happens and as the game went on the score started to add up even though I kept making save after save and I have no clue how many pucks I stopped but I wouldn’t be surprised if it was over 50. The game ended up being 6-2 for Karaganga and our dreams of playing in semi final were washed away as we only had one chance in their end in that final frame with the remainder of the period in our end aside from the few times we iced the puck . 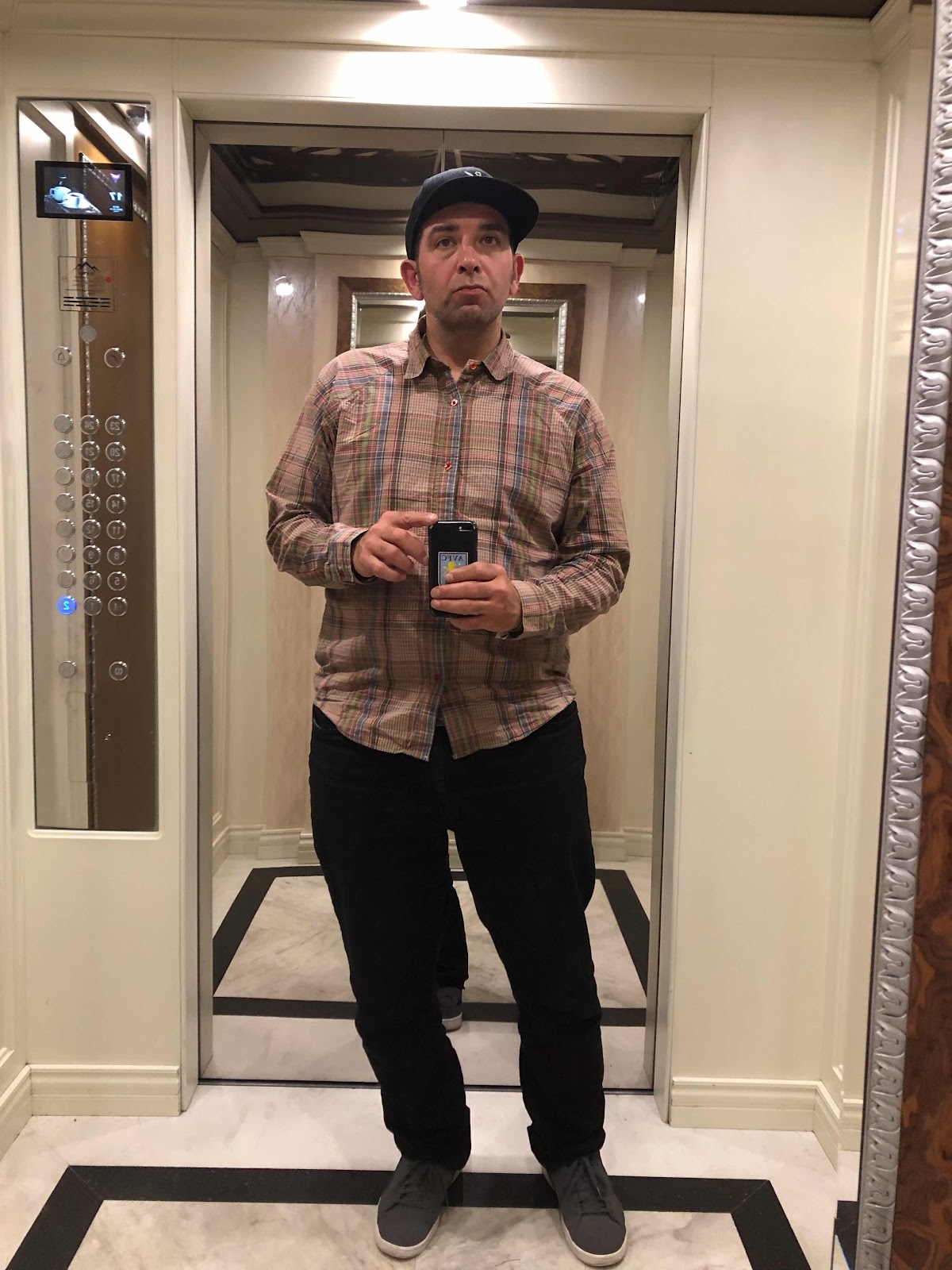 Damn I was hoping to walk away with a win or two for my birthday but instead I walked away with my new friends and now it’s time to go celebrate my birthday which is a good excuse for everyone to have a few drinks . We took the bus back to our hotel and most of us went to the spa for a sauna and my aching body needed that so badly then we all went to the restaurant next door to the hotel called Noodles which has amazing food and we have already ate there once . Tonight I am starting off with a glass of scotch and I’m eating a massive tomahawk steak 🥩... I don’t care how much it costs , I just want to enjoy my special day ! Everyone was there with me aside from the local players that never ever go out with their teams in any country I’ve been to ... with a few exceptions I should say but here they are nowhere to be seen . Really I had such a great day and Stefan and his family gave me a nice bottle of brandy and a bunch of fox cup swag that I really love . I can’t say enough good things about this organizer and his tournament and also my team mates who have made me feel like one of them . Tonight I have committed to joining them in Bratislava next May and they will be bringing a team to Toronto where we will set up some exhibition matches between them and my Ghetto Blaster squad . 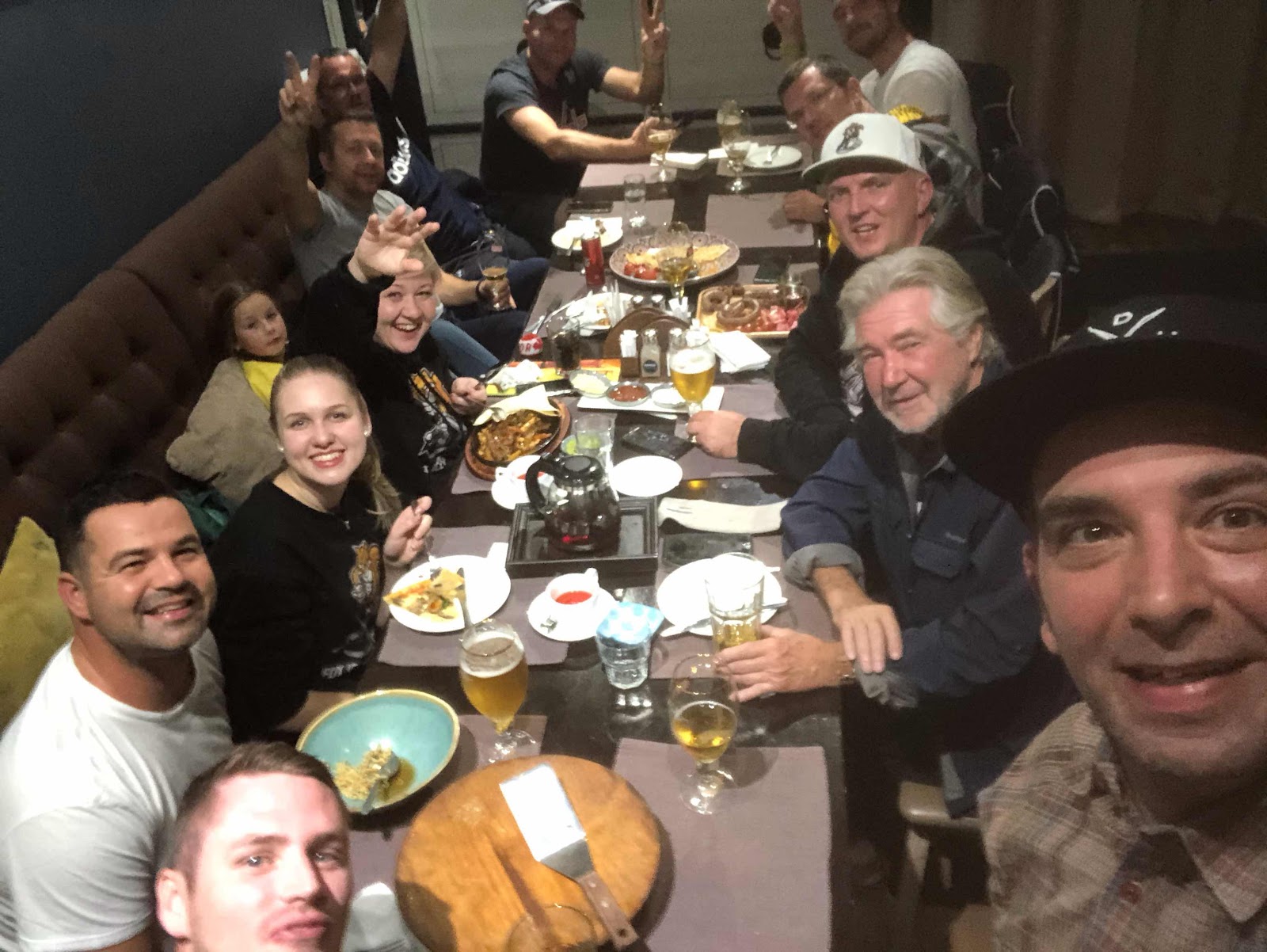 It’s so good to finally find an organization that cares and will put the effort in to make sure everyone is welcome and happy . If you or anyone you know are ever looking for a tournament to play in I would highly suggest looking up Fox Cups 🦊 and sending Stefan a message or just ask me and I would be more then happy to put you in contact with them . My birthday was amazing and I couldn’t have asked for more .


Posted by The Travelling Goalie at 11:20 PM