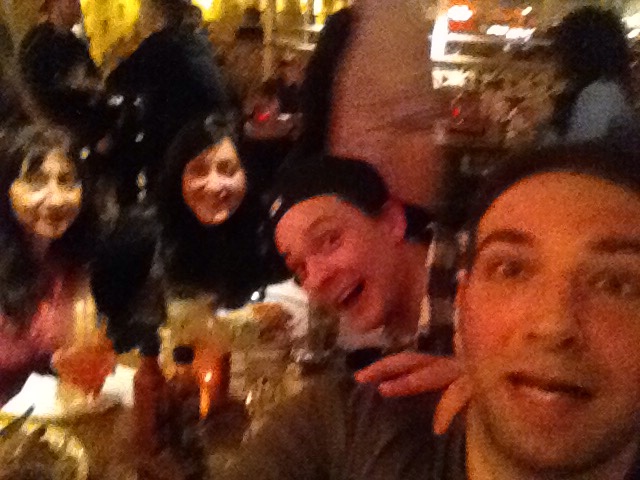 Ok I had no time yesterday to do any writing so today I will try to play catch up :) this was 2 days ago now ... Woke up a little bit hungover from the festivities the night before which is pretty standard on these trips , it wasn't so bad . We definitely missed breakfast as I usually do :( that's why I never ever pay for breakfast at my hotel when booking in advance ... NEVER ! It's always best to just roll out of bed and go somewhere go lunch instead , like I'm gonna do today but over here the breakfast was included so no loss :)
We went into the city center out on New St. to meet Aideen for a quick lunch . Found her in the Villa shop where she was basically buying everything hahaha ! Then we headed off to the Wok N Go which is this awesome noodle shop that Chris Fetters introduced me to last year . Yeah I couldn't find it last time but I figured out where it is now . I got noodles with teriyaki sauce and chicken,beef and mushrooms ... I highly suggest you build your own box if you go there ... Kathleen didn't follow suit and just got pad Thai and she didn't like it but I'm sure she would have if she picked her own ingredients , maybe she will like it better next time we go over :) when we were done we rushed over to the New St. Station so she could catch a train to the airport ... We said our good byes then I went off to go bra shopping with Kathleen ???? Yeah no joke I didn't love it but sometimes you gotta do what you gotta do to make your woman happy ? Am i wrong ? 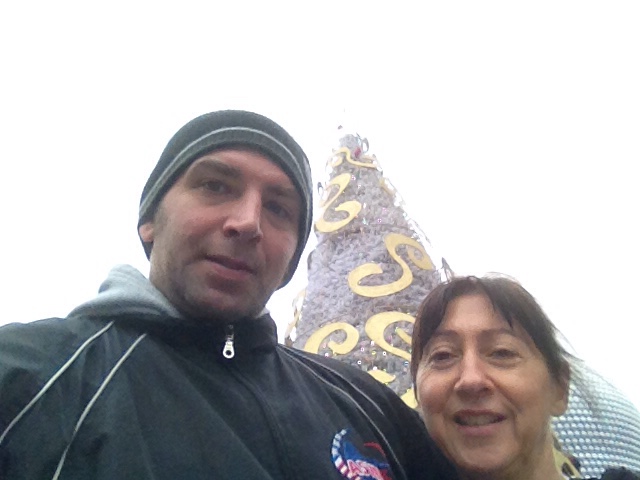 After that debacle we headed back toward our hotel to chill out :) had a bit I a nappy cleaned up and went off to meet Brett and Aisha , it's Aisha's bday !!!! We were supposed to have a huge gathering at Turtle Bay which is a Carribbean restaurant but when Richard tried booking he was told we wouldn't get a table so those plans were thwarted ? Well I decided to just walk in , I got a table for 4 and messaged Brett to come over with Aisha . Aisha's father is actually from Trinidad so she knows her stuff when it comes to Carribbean food and I had to warn her that what she knows is all different here :( she wanted the doubles but I warned her they are not just chick peas and sauce in a roti ... She checked the menu to see and noticed these doubles had coconut in them ??? Yes this is not authentic but still very popular and I always enjoy eating here . I had the double jerked steak and man oh man was she a beauty !!! YUM !!! I've tried the jerk chicken before which seems the spiciest and I've tried the jerk pork here before and that was a bit spicy too ... The steak was by far the best , not too spicy and just what I thought it would taste like . Pretty sure I will have another when I get back in January :) 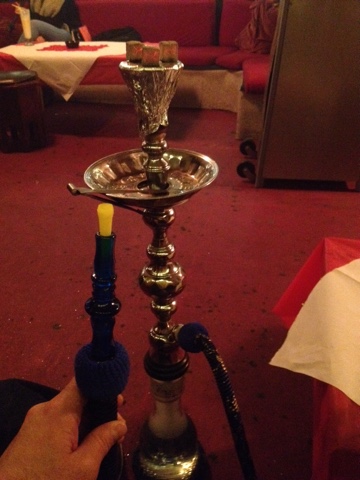 After a good meal I always enjoy a smoke , no I don't smoke cigarettes anymore lol ! But there is a fabulous sheesha joint across the road called Meer Sheesha which I've been too before . We said our good byes to Brett and Aisha and headed over for a smoke :) I usually have apple but I want something different so I ordered the berry flavour hoping for a blueberry flavour but it ended up tasting a bit minty so no I didn't love it but I sleep in the bed that I make so it is what it is ! Didn't love the flavour but always love going to Meer for a smoke .
Tomorrow is an early start as Paul Harris is coming all the way from Kidderminster to pick us up at 5:30 am so we have to make it an early night so we headed back to the hotel and watched a cheesy horror flick called The Tattooist on the horror channel :) kinda wish we had a horror channel back home . So that was that .... When I find the time later I will write about yesterday's trip to Norwich . Now I should roll out of bed and go meet my cousins and have a pizza :) cheers !
Posted by The Travelling Goalie at 5:34 AM