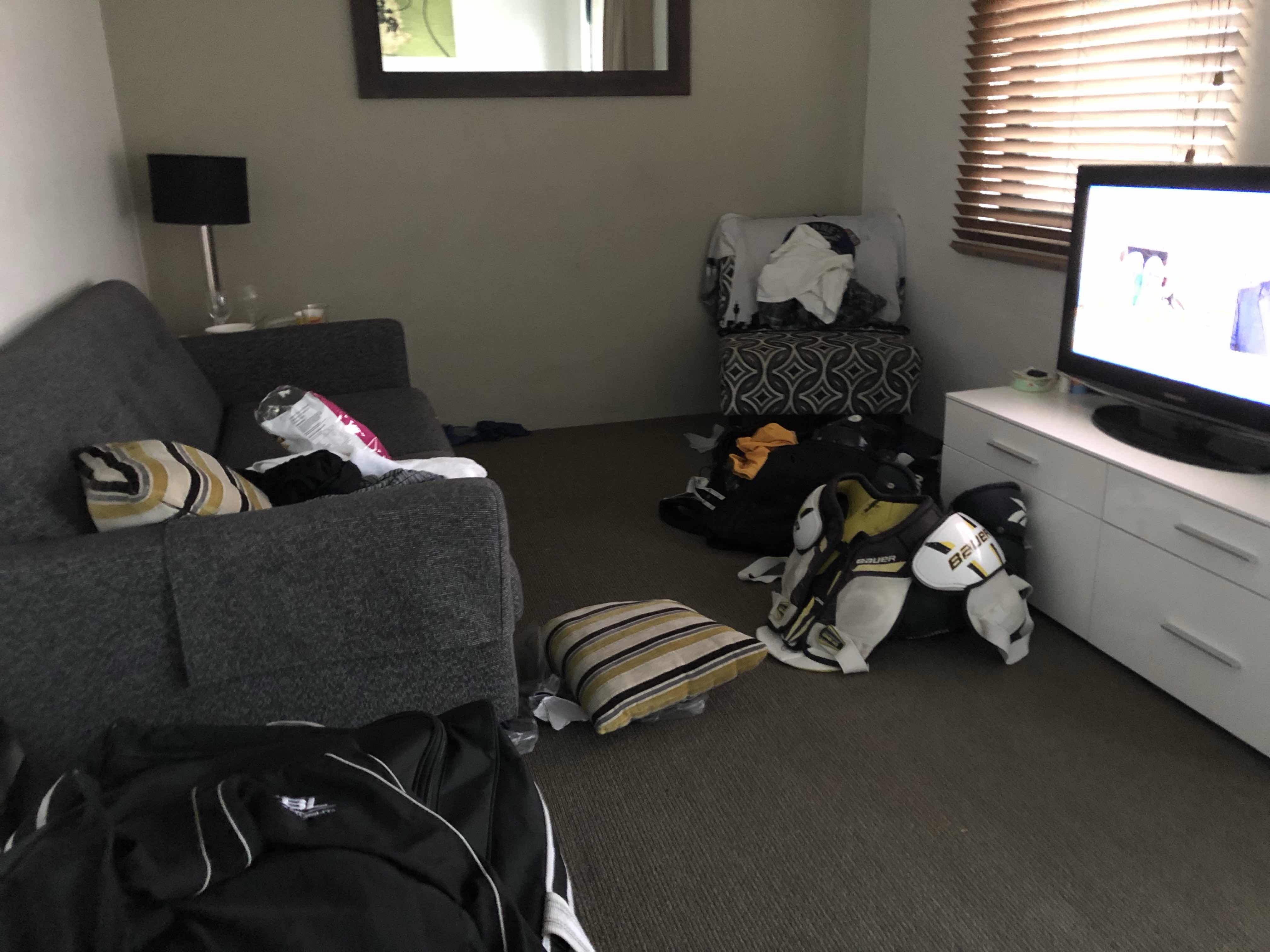 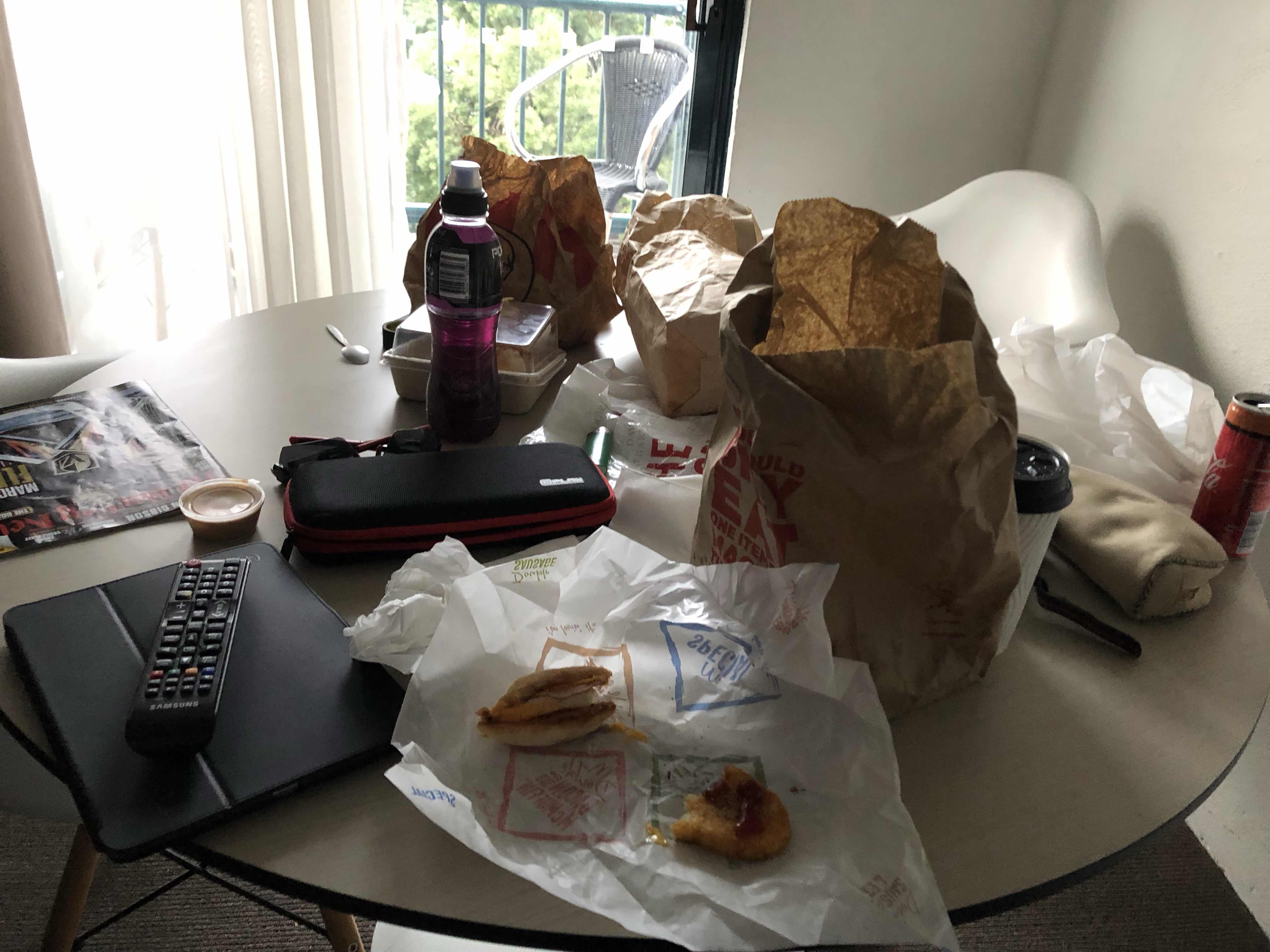 Our hotel room was becoming more and more of a disaster zone with leftover food and drinks from previous meals littering our eating area . I’m not the slob and my bets on Robert but instead of moaning I just go out for a meal with the guys to everyone’s favourite place .... Nando’s ! Now I don’t love it there and never have had a good chicken there as it’s always boney and never has enough meat but this one time I got a nice meaty half chicken meal which was more then satisfying and after that I had a nice nap before getting ready to go out and party at Strats .
I don’t want to repeat too much about what I wrote the other night but another mistake I wrote about was that myself and Waddo did meet at the bar and we did hang and talked about the game . But instead of us talking about it in the future we actually talked about it in the past tense and I could tell Waddo really wanted that game but had come to grips with the fact it was gone and congratulated me as we watched a friend get his face rode by one of the local strippers which we all pitched in for . I wish I could post this one pic but I’m not going to as I know it would upset someone even though you can’t see his face lol 😝 as I mentioned in my last post .... I did set myself a curfew and I did not get wasted or do anything too silly and planned for a big day tomorrow which could include three games and two of those will be finals . These teams I’m about to face won’t be easy and whether you like it or not the level of hockey here compared to Canada might be lower but you have to remember for a goalie it will be just as tough since my squad will be at the same level . Not to knock the hockey here but to rather put those who shake their heads at all of our accomplishments which we speak of down because they are all NHL stars ..... and yes I have seen some chirping online as I’m being asked if I’m playing blind kids to get my four shutouts and all I can say is if you’re so good maybe you should come out here and match my accomplishments and until then shhhhh!

Posted by The Travelling Goalie at 5:29 AM