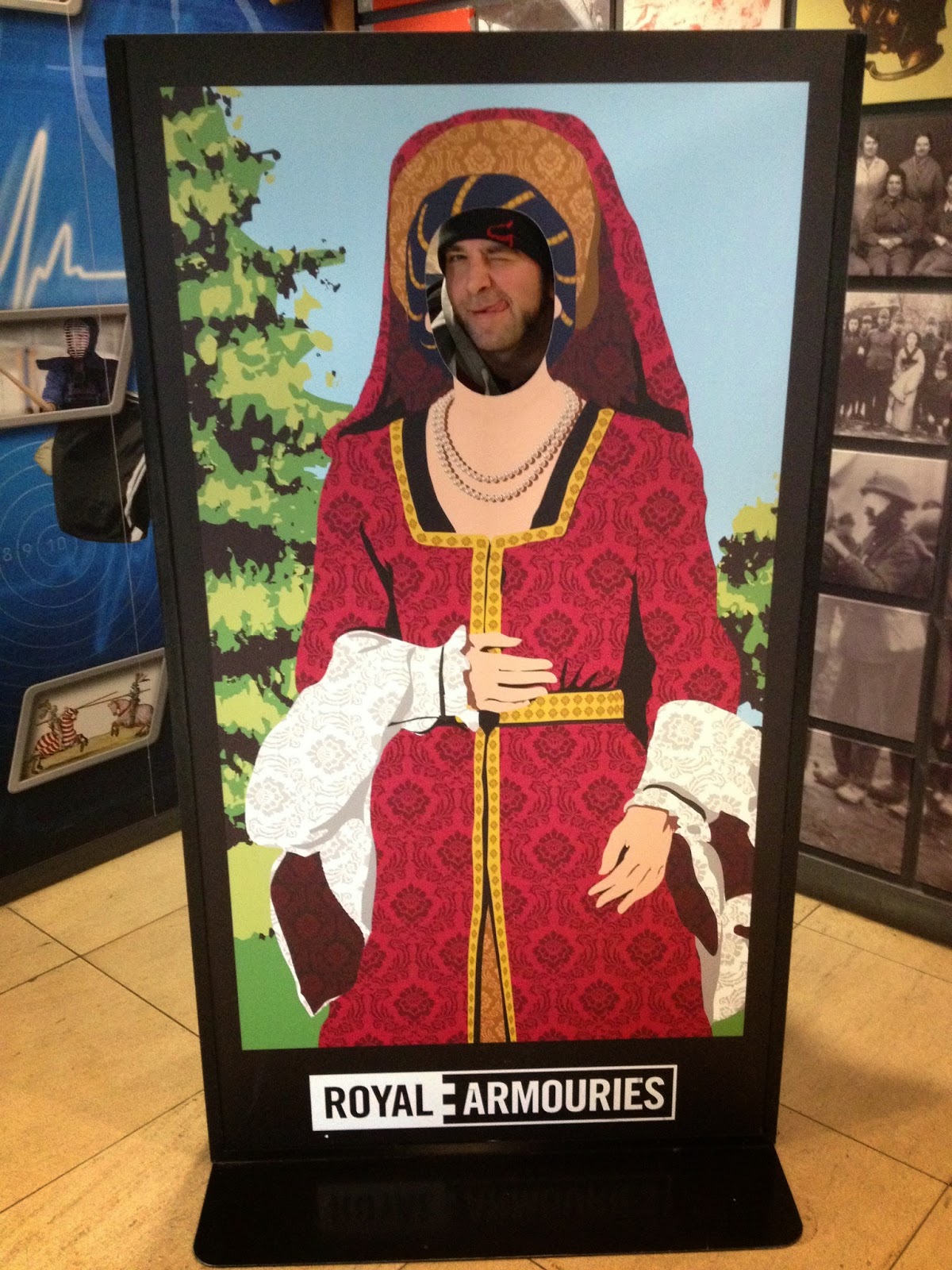 As you may have guessed i woke up had a hangover this day and tried to write a blog in the morning , in fact i did write a brilliant blog about what i wrote about yesterday which was http://travellinggoalie.blogspot.ca/2014/12/the-road-to-sheffield.html ... i lost the blog because on the app if you don't save and decide to go browse for research reasons it gets wiped out :( yeah i was kinda pissed that an hour was flushed down the drain . I was angry to say that's it ! I've had it with writing on my iPhone and that was the last day i tried to write a blog on my trip , and that is why i am writing about it now LOL ! Anyways that hangover didn't last too long , had to try drying out my gear for tonight's skate and we waited for Mark & Lisa to show up to go for a day trip to Leeds . I haven't seen these guys in a year now , we met last year in Austria when we all met up to spend NYE together :) that was a great trip . 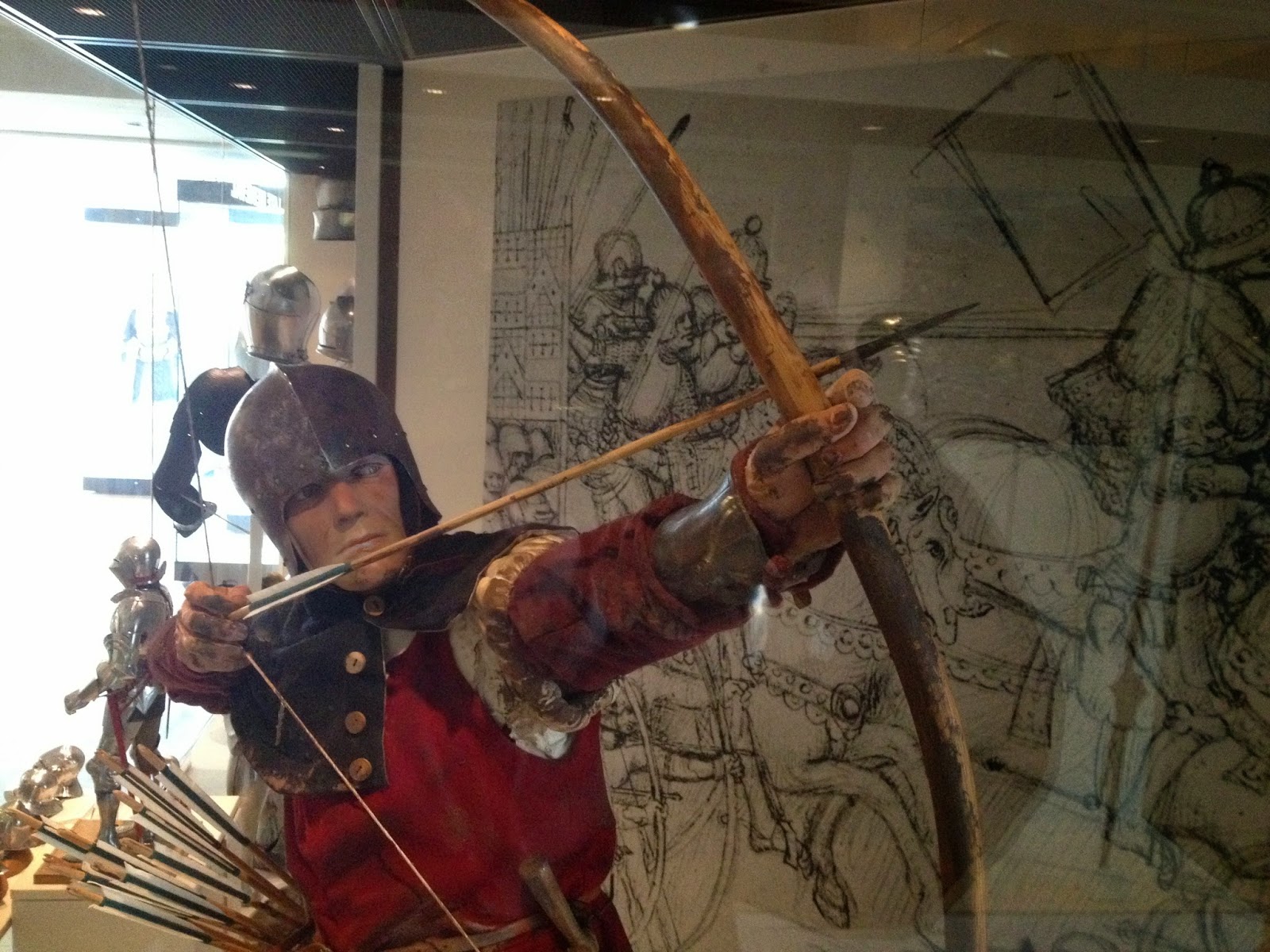 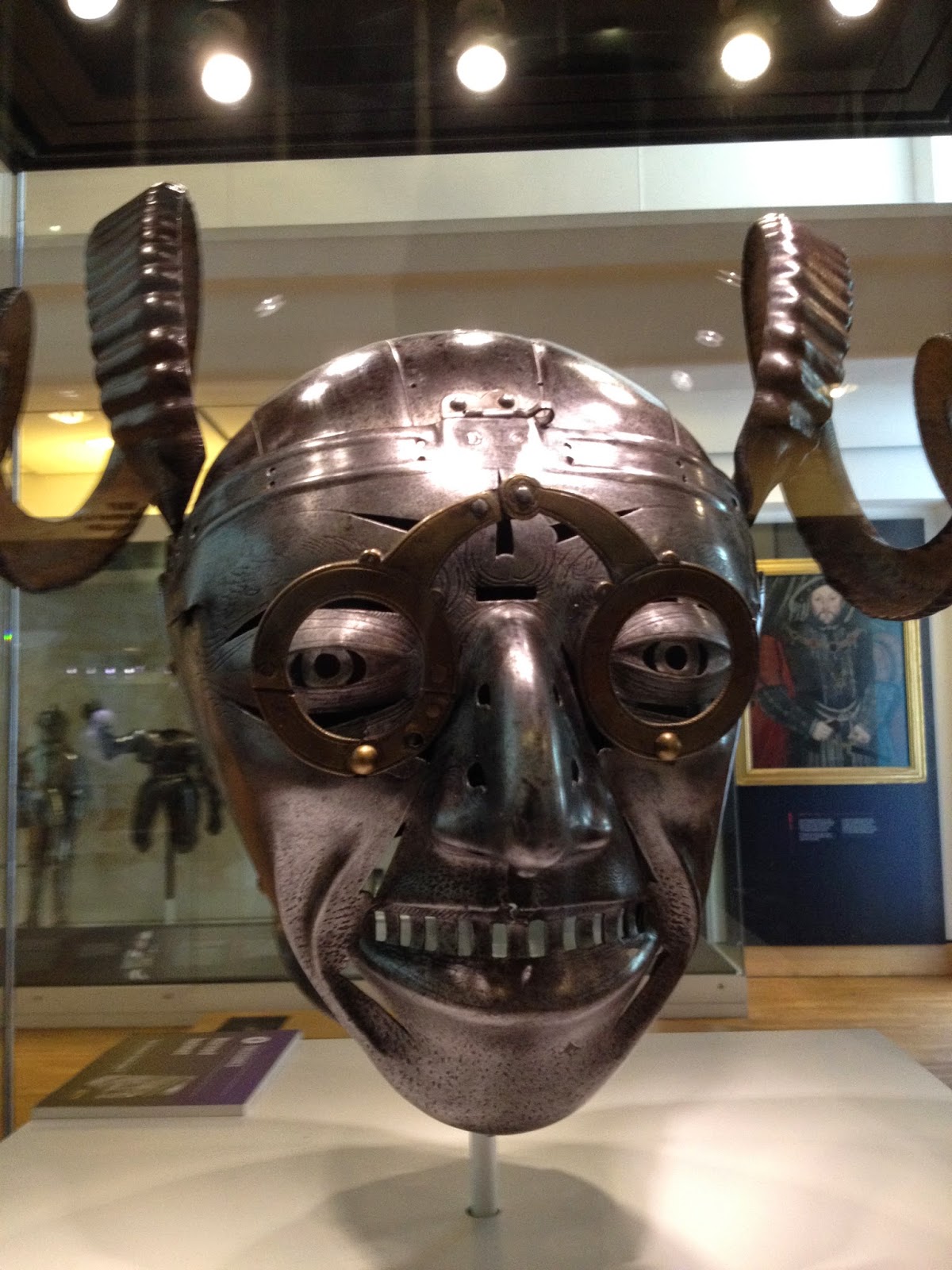 When we arrived in Leeds we went for a coffee and a minced pie which was a nice kick start for the day , then we walked into the Royal Armouries which is absolutely FREE ! yeah it was pretty cool seeing all these weapons and cool artifacts of war , we spent quite some time going through there and everyone seemed to enjoy it . My favorite display was the horned helmet which is actually the symbol for the museum . After we did our museum tour we hit the city which was kinda windy that day . Its starting to feel like winter is coming or maybe its because i am so far north , regardless we were heading to the German Christmas Market which to me is still strange that everywhere you go there is a German Christmas Market ? someone please explain , i guess its like having an Irish Pub in every city eh ? Just before we got to the market we stopped for some lunch at the burger joint which was quite good but not half as good as the burger we had in the mall the day before ( still wish i knew the names ) ... 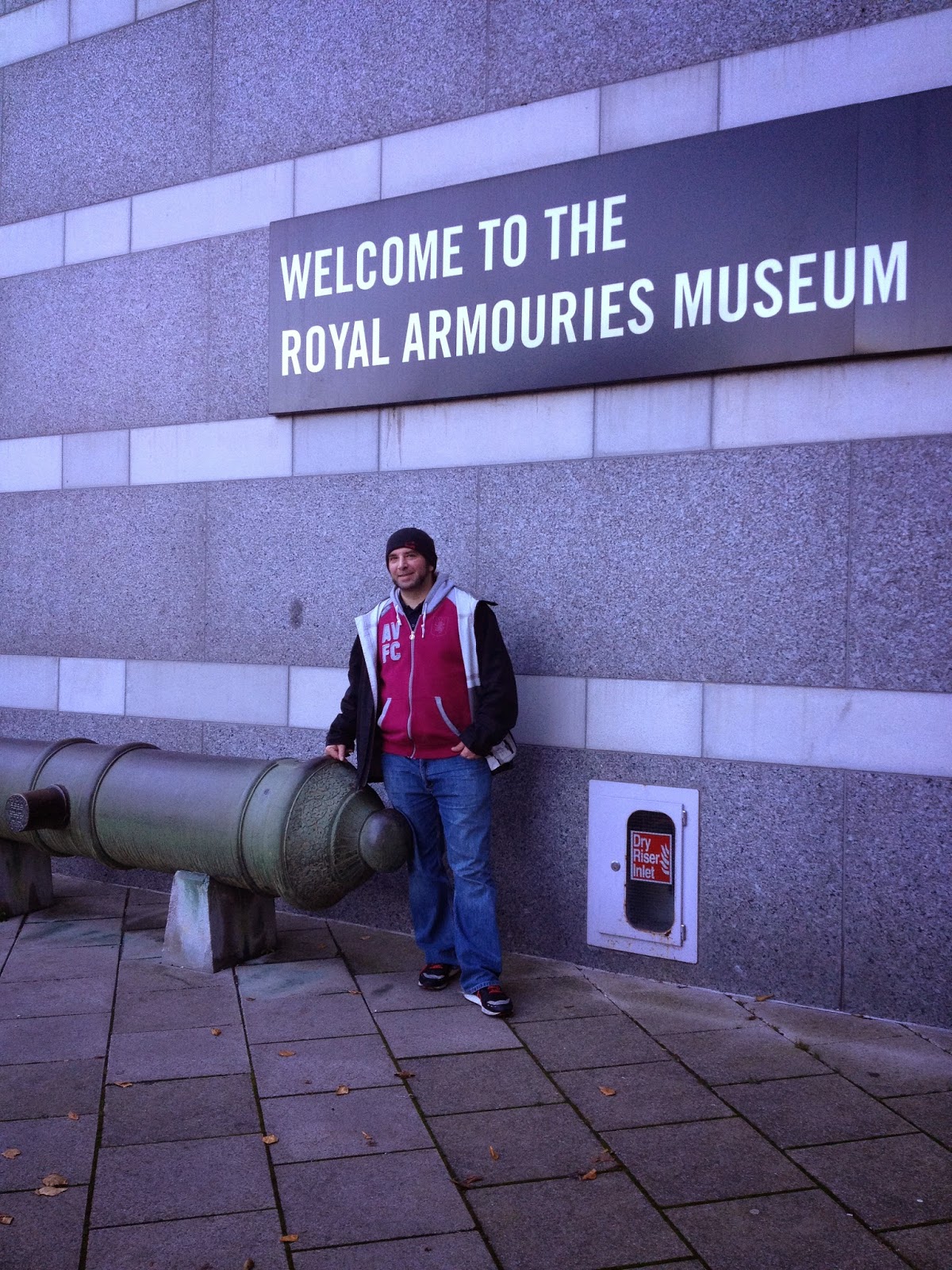 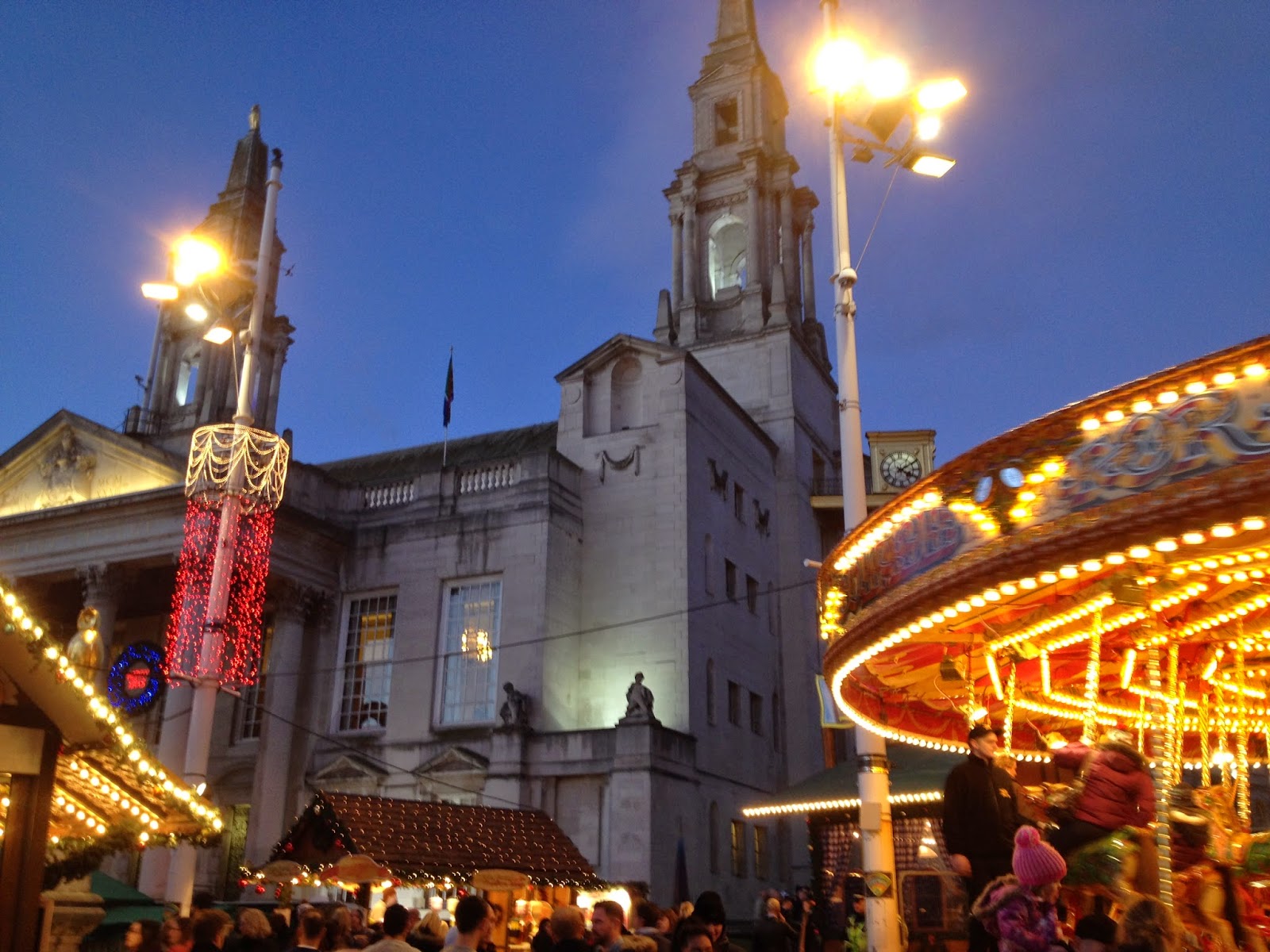 We walked through the city center and arrived at the German Christmas Market and it was nice and really busy too , everyone seemed to be wearing their Christmas Jumpers :) kinda weird when you are travelling alone around the holidays ... everyone seems in full on Christmas mode and here i am kinda wondering to myself "really is it already Christmas" . Yeah i was in a daze and the whole holidays thing had not kicked in yet , so yeah bah humbug LOL! There were tons of booths selling trinkets and gluhwine which i think is horrible stuff :( we all stopped for some warm honey alcohol sorta drink but i wasn't too interested as i am not a honey fan . Don't get me wrong i was having fun with the gang but just wasn't feeling the Christmas spirit if you know what i mean .... 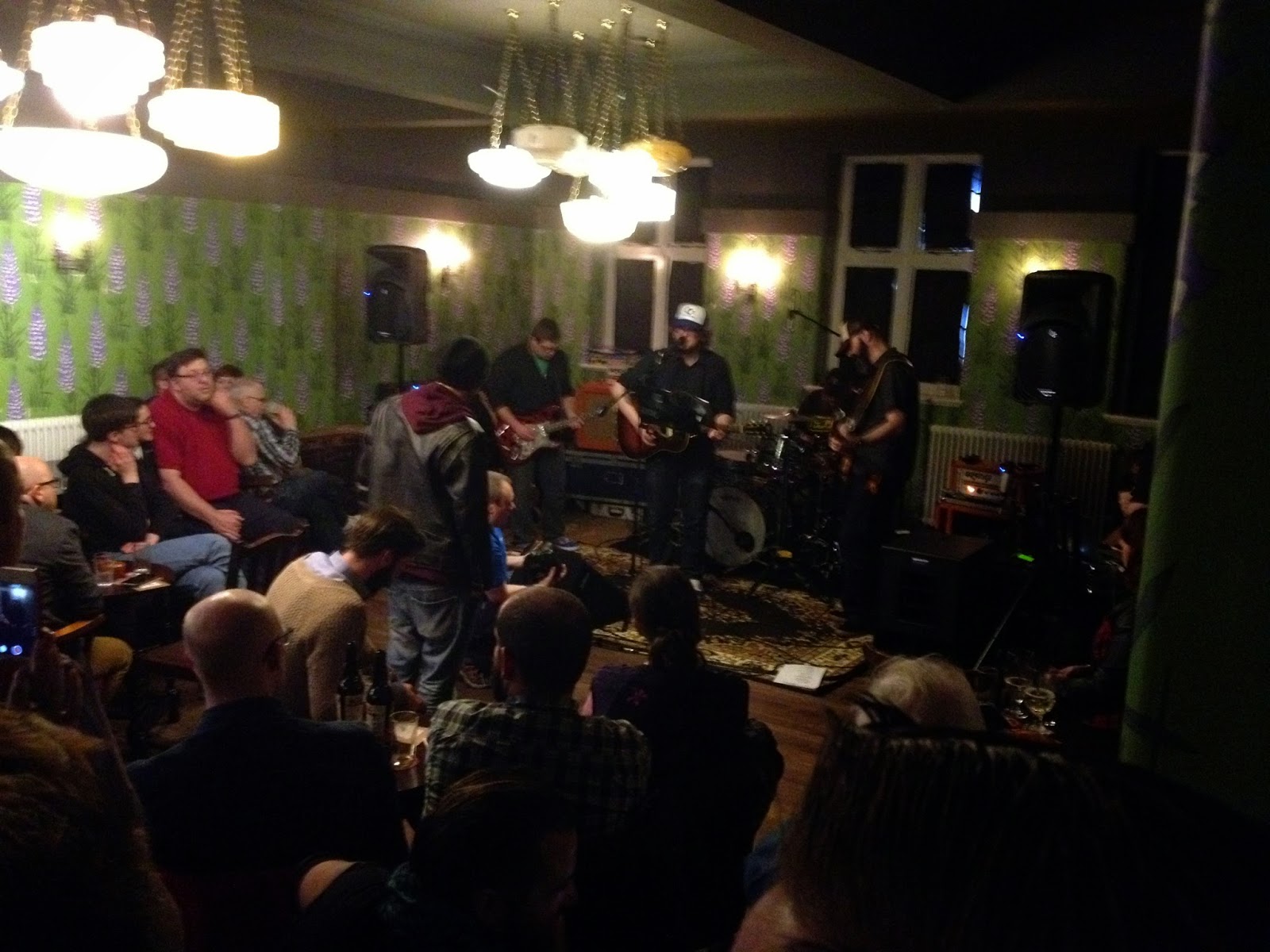 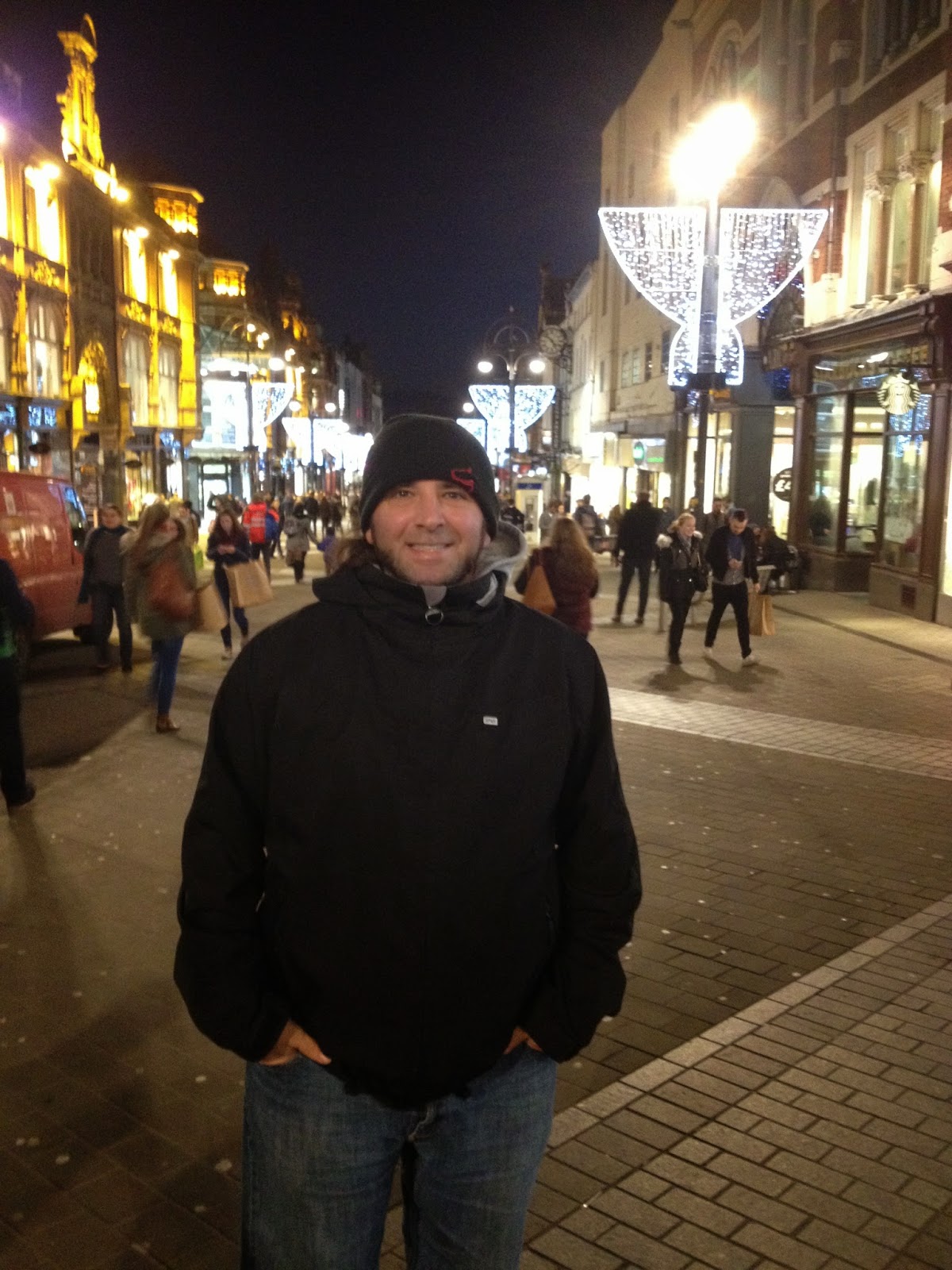 We headed back to the cars and drove back to Sheffield in some traffic , went back to Daz's place to get ready to go watch a live band that they know . I went to the pub with Mark & Lisa while Daz and the rest went to pick up Karl McNelly at the arena , we were all meeting at this pub called Cross Scythes to watch this awesome band called Fargo Railroad Co. https://www.facebook.com/FargoRailroadCompany?fref=ts check them out ... honestly i was impressed ! All their music was their own , they sang songs about drinking , broken hearts and ZOMBIES :P seriously check them out . Oh yeah and Karl showed up with the gang too , we had a few pints but had to boogie  to go play some puck at the skate that Daz organized for us . 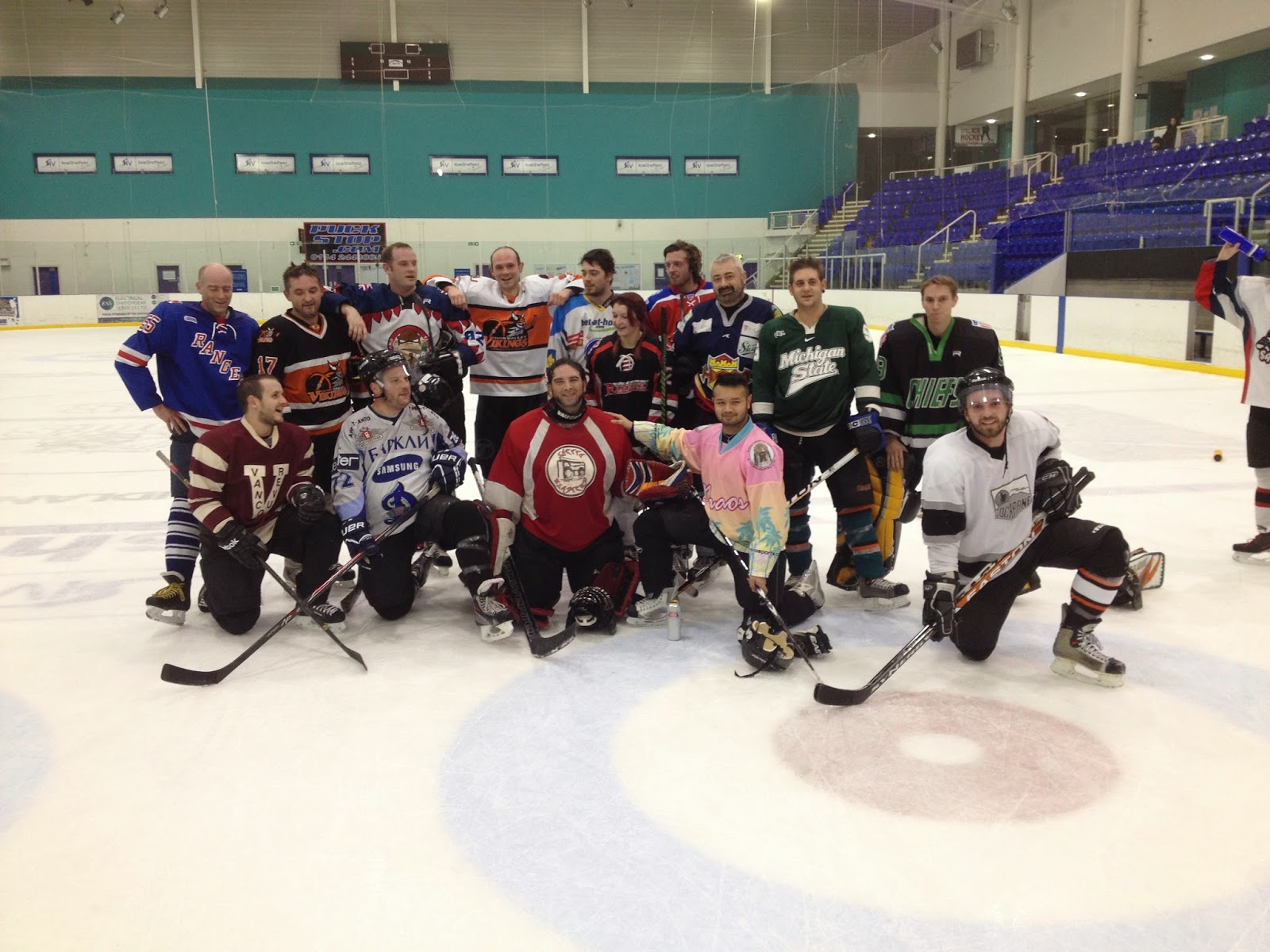 We headed to Ice Sheffield and jumped into our rooms and next thing you know we were on the ice , my team had 2 females and the teams seemed stacked in favor of the other team .... Daz and Karl were on my team and Nick of course was trying his best from the other end of the ice to score on me.
They also had this guy everyone called Jonesy ... Greg Jones , he's a small little sparkplug forward that seems to have the skills to dangle but for some reason Karl had his number . In fact that was the best i have ever seen Karl play and was quite impressed , even the girls played their ass' off and we jumped to an early lead and i think i held the shutout for most of the time we were out there until Jonesy had enough of being stopped by either Karl or myself and took it in his own hands to take both our pants off :( yeah nice goal Greg ! Then i let Nick score a couple to boost his ego a bit LMAO ! We went on to win and we hit the dressing rooms and had a few pints in there . Greg told me i was the best goalie he has ever played against but in all honesty i think he was a bit buzzed and must have had the beer goggles on during the game too :P

Posted by The Travelling Goalie at 7:41 AM