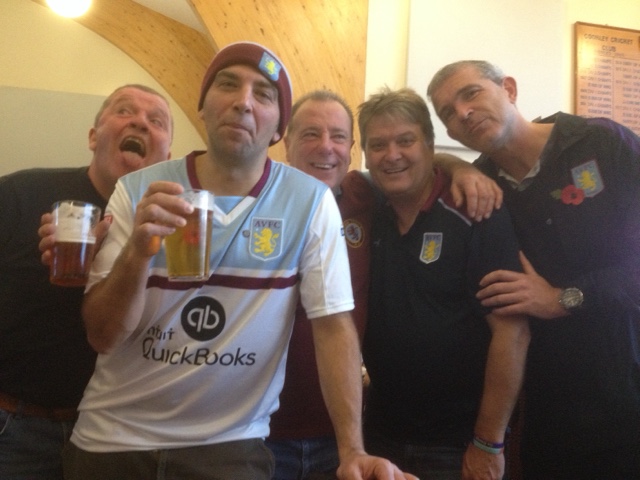 Had to get up around 6 am yesterday to meet Paul Harris as he was gracious enough to come pick me up and bring me back to the Cookley Sports Club which is where my friends from the Kidderminster Lions arranged to have our pre drinking before the Aston Villa match against the dirty blue nose scum from Small Heath . This match is a heated match and will always be a heated match but this time the police force seemed to have everything in place to keep us all safe . Firstly all the pubs in Birmingham city centre were not serving alcohol until after the match which is why my friends found us somewhere to drink :) it was quite the place there and I personally liked it :) the service was good , pints were yummy and the view for me at least was quite serene .... Nice and calm before we step into the rage .

After mowing down my bacon sarnie and meeting some good friends and making new friends it was time to get on the bus and drive to the motorcycle museum to meet our police escorts ... Yes we get escorted to the sty to hopefully maintain our safety . I've heard many stories about our buses bring bricked by those 6 fingered inbreeders ... Yes I don't like them .... I hate them ... And they hate us ! 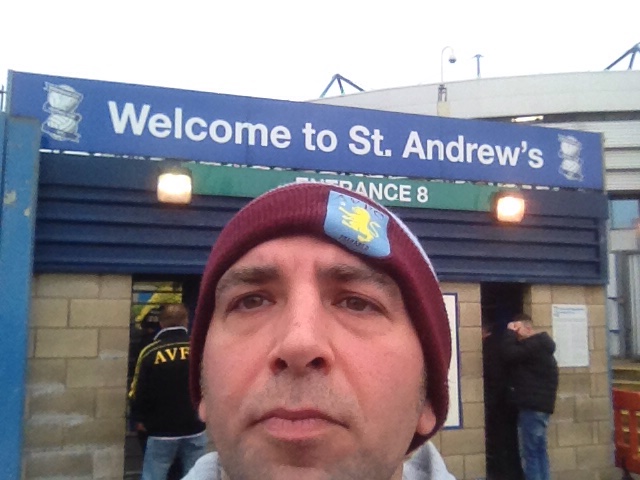 There were fans yelling and swearing at us with unfriendly hand gestures flying everywhere but no bricks or cups of urine . We got into the gates safely and parked buses and made our way into the ground . Immediately I found someone to pair up with to tell and swear at , as we all do :) the game itself wasn't the most exciting but when we scored our goal to go up 1-0 everything went mental . I'm surprised I didn't fall onto the pitch . I was in the 10th row and apparently some friends saw me on tv and kept getting messages . I did a live feed on Facebook on the way in and wanted to do more but my phone died and yes I'm an idiot ... Had my charger with me , but i didn't charge that so I had no way of posting more live feeds from the stands for my friends back home :( sorry guy ... 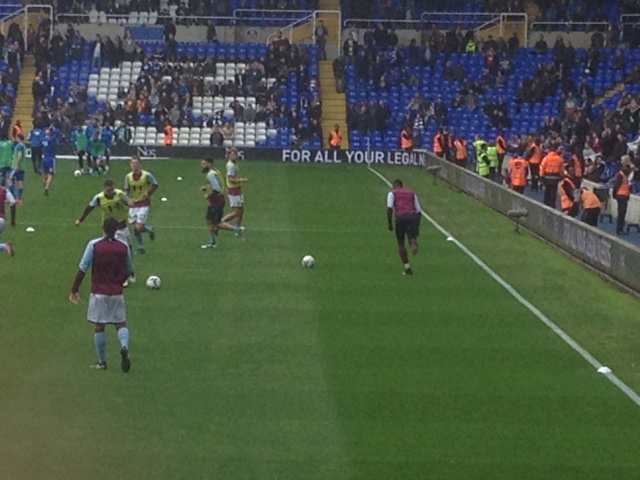 The atmosphere was electric but it was not like anything I was expecting or warned of . There was no danger at all ... In fact last years match that I went to against these same scum bags at Villa Park had more scarier scenes then this so I was a bit disappointed .... I did see some coins flying at our crowd and a few flares but aside from that there wasn't anything exceptionally mental . Wouldn't be the first time those goofs disappointed me though . For most of the game we were winning and their fans were silent , something like a library hahaha ! They came back to life later on in the match when they got the equalizer and that sucked ... Hated seeing those bastards cheer and enjoy themselves but really they were more happy with getting the draw then we were . 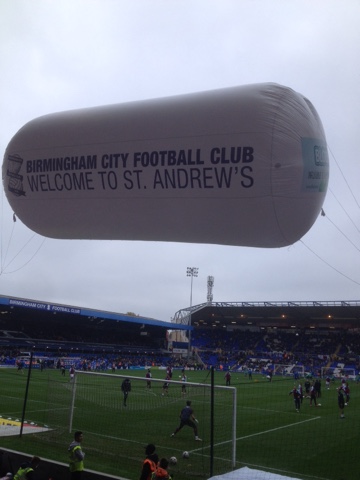 Anyways we ended up drawing with them lot and then we were forced to wait as the city fans were sent off and we were kept in the ground for 30-45 minutes . Felt like forever and our concession stand was not selling alcohol during the match to sober us up :( I had a chicken balti pie which was good considering where it came from hahaha . St. Andrew's is a shit hole dump we really should have redecorated that place for them hehehehe !!! From what I saw there were a good number of villa stickers everywhere which made it feel more comfy :) when we finally got on the bus we got off in Stourport and went straight to a bar which was a private club and wee watched some more footie on the telly and got back on the piss . It was fun then our crowd thinned out and we went to a pub I've been to before on the canal where there was live music and we made some new friends . We got pissed :) then went to get some curry to bring back to my friends place who I'm not allowed to mention as he is supposed to be off work sick . So let's keep that secret ok ? Ok ! We got this chicken madras which burned my friggin mouth and I couldn't finish it ... Felt bad but I just couldn't ... I hate being wasteful :( we started to watch the World Series but I started fading away and eventually crashed out . 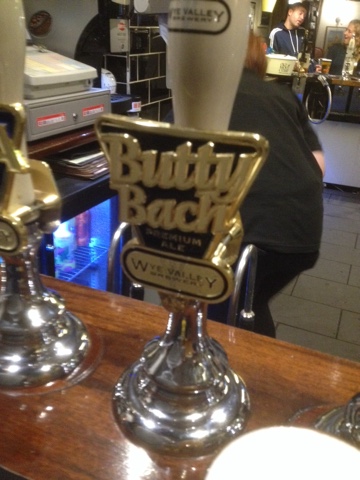 Today I am waking up on my couch for the night thinking yesterday was pretty awesome and that I am lucky to have the friends I have . Thank you Paul Harris and all the Kidderminster Lions for another great day out . See you all next weekend for the Blackburn match ... UTV ! Today I will meet some other mates for an ale and curry night ... Yes drinking is part of the equation here for everything and I like it :)


Posted by The Travelling Goalie at 5:43 AM