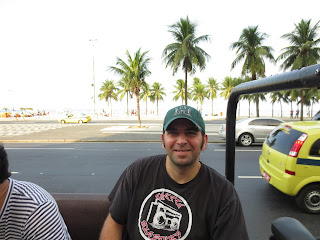 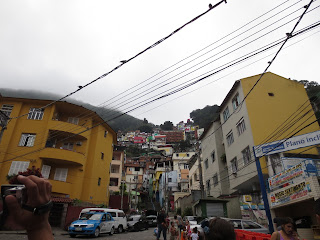 Its been a bit since i have written a blog ... been ridiculously crazy busy working since i returned home from South America . Just starting to save for my next adventure , hopefully some day i find a sponsor to pay for flights but until then i have to fend for myself . The last post i made was about the amazing experience i had at the Confederation Cup Final , hopefully i can cover the rest of my stay in Rio in this 3rd part all about Rio . I have so much stuff to cover .... 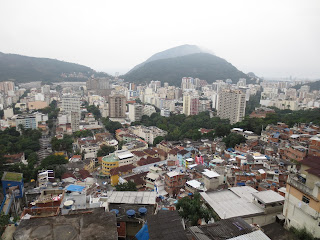 I think it was the day after that we had our first crack at our tour with Indiana Jungle tours , we went to a favela and to the jungle , things really didn't go so well that day . We had some bad luck with the weather and timing of our excursion , but were very lucky to be with such a great tour guide . He realized how bad it was and offered us a freebie in the next few days . Here is a link to their Facebook group ... if you are in Rio look them up you won't be disappointed https://www.facebook.com/pages/Indiana-Jungle-Tours/222745291097925?fref=ts 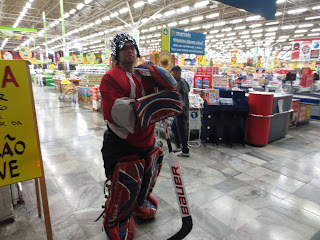 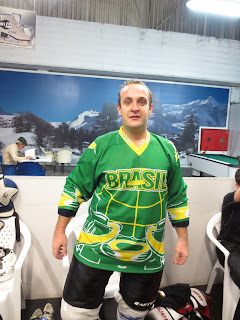 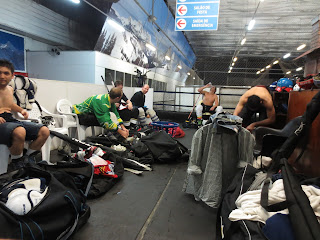 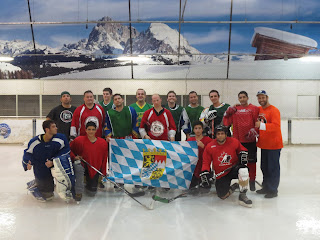 i was not done with my hockey there yet :) we had a skate with some of Ge's buddies and let me tell you i am still amazed as to how those guys can handle that extreme heat while trying to play on ice ! It was unreal i was friggin dying !!! I think i was guzzling a bottle of water every 10 min just to replenish and when i got off the ice i almost passed out , no joke heat stroke was kicking in and i ended up busting my twig . Not a great thing to happen so early in a trip where it is so hard to find anything to do with Ice Hockey . Don't worry about me or my sticks ... obviously i survived :P Good thing i
went shopping before i got on the ice with the guys . Yeah the rink is in a shopping center so i did walk over just for some pictures and a few laughs with the security guard . Those crazy gringos eh LOL ! 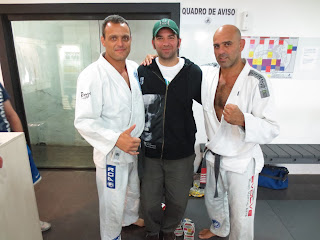 Over my last few days in Rio i did a lot of amazing things that had drinking involved ! No doubt those gin and tonics at Copacabana did me in ... and i can't forget the Bathida de Coco's at Bar Oswaldo https://www.facebook.com/pages/Bar-do-Oswaldo/138093479546?fref=tswhich is owned by a former Jiu Jitsu champion which i should add i had the opportunity of going to watch a bunch of fighters train or in fighting terms i got to watch them roll ! And yeah it was pretty cool ... i was offered the chance to train with beginners but unfortunately it was after i had left so i couldn't do it but there is a standing offer to go next time so i hope that i can ... it would be an honour to train Jiu Jitsu with a former world champion ! 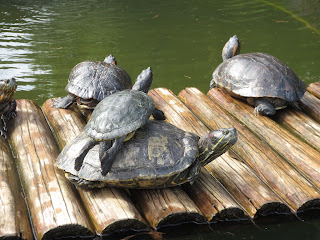 I can't stop talking about how amazing Rio is/was and i can't wait to go back . The repeat of my Indiana Jungle adventure was totally different from the first try , it was a beautiful morning and we went to the Botanical Gardens which at first thought would be boring but instead we spend a few hours chasing monkeys around looking at cool plants and overall i was very happy with our guide Andre' who was very enthusiastic about his job . At the end of our tour we were taken to the Sugarloaf which is where James Bonds Moonraker was filmed . We (myself & Timo ) were both excited to go see this as we both enjoy Bond flicks ... well maybe Timo enjoys them more but i still liked it , the view was fabulous . 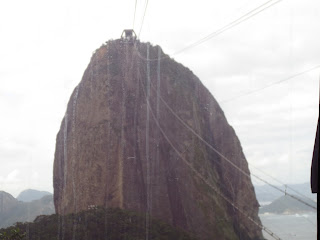 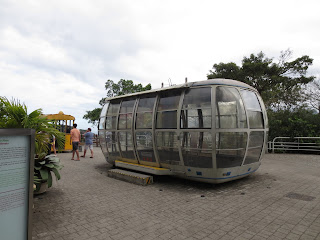 I can't end my blogs about Rio without thanking Ge' Cardoso for being such an excellent world class host !!! Ge' if it weren't for you we wouldn't have had such a great time buddy , your family are very amazing for letting you come show these strangers around for a week . Ge' basically helped me book our hotel ... check out Hotel Entremares in  Barra if you are there and want to experience staying with the locals instead of being with tourists then check out their website http://www.entremareshotel.com.br/index_eng.html , also without Ge' we wouldn't have been so lucky as to have played so much hockey with his Mad Parrots and teaching the future hockey players of Brazil :) You did so much for us buddy , including showing us good bars and restaurants and introducing us to Indiana Jungle Tours and i could just keep going on . you were amazing to us and for that i owe you a good time when you come here in January ! Just make sure you bring a jacket buddy it is much colder here then on any cold day at the rink there in Barra :P 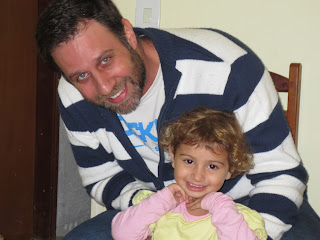 If you ever thought about visiting Rio i would suggest to DO IT !!! i can't wait to go back ... hopefully for the World Cup next year ... fingers are crossed that some day i get a sponsor ?..
Posted by The Travelling Goalie at 5:36 AM